Adaay, Eagle Top and Telescope among the sires 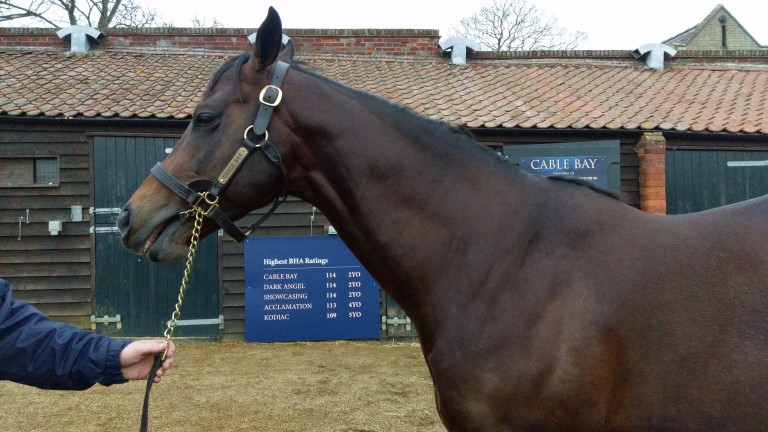 Cable Bay: one of the stallions on show at the Tattersalls TBA Parade
Zoe Vicarage
1 of 1
By Zoe Vicarage 3:32PM, FEB 2 2017

The annual Thoroughbred Breeders’ Association stallion parade took place at Tattersalls on Thursday with a host of first- and second-season sires on show before the first session of the February Sale.

Among the stallions on show were Whitsbury Manor Stud’s new recruit Adaay, Group 2 winner Eagle Top and Pearl Secret, who stands at Bucklands Farm and Stud.

Peter Hockenhull of Shade Oak Stud said: “It’s great for people to see young stallions at an event they're already going to go to, so it makes sense to bring them here. Judging by the number of people who’ve been up here it’s been well worthwhile coming.”