Galileo's sons Nathaniel and Gleneagles also on the scoresheet 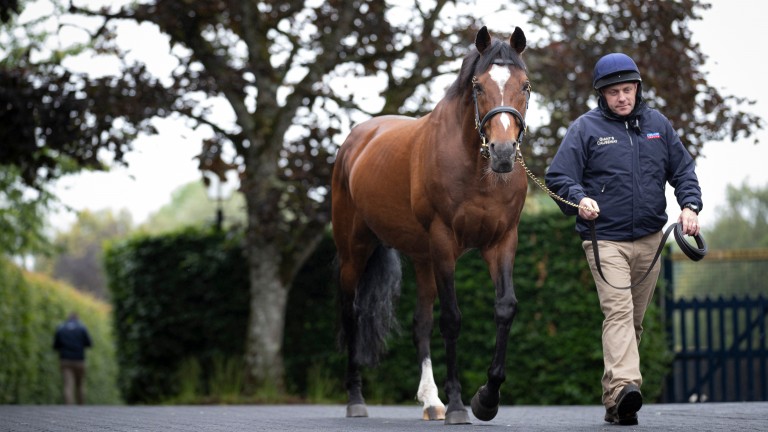 Frankel emerged on top in the Royal Ascot sire standings last year as the only sire with three winners, with his sire Galileo in second when taking into account placed runners.

The father-and-son duo again lead the way after day two this year, though Frankel is only marginally ahead of Oasis Dream in second place due to Veracious finishing fourth in the Group 2 Duke of Cambridge Stakes.

Galileo had two sons sire their first winners at the meeting on Wednesday - Nathaniel, who himself landed the 2011 King Edward VII Stakes, responsible for Queen's Vase hero Dashing Willoughby, and Gleneagles, an elite winner for Galileo at Royal Ascot following his triumph in the 2015 St James's Palace Stakes, supplying the Windsor Castle Stakes winner with first-crop son Southern Hills.

Galileo's half-brother Sea The Stars is now the sire of 11 elite winners, with last year's Hardwicke Stakes scorer Crystal Ocean, a half-brother to the 2013 King Edward VII winner Hillstar, taking out the Prince of Wales's Stakes.

Oasis Dream sired the first and third home in the Royal Hunt Cup, which went the way of last year's runner-up Afaak, who himself is out of Coronation Stakes heroine Ghanaati.

Move Swiftly proved best in the Duke of Cambridge to mark herself out as the latest star for her sire Farhh, who has punched above his weight at stud despite having limited crops to represent him.

The results of the second day reflect favourably on British breeding, with four of the six winners carrying the GB suffix led by the Prince of Wales's Stakes scorer Crystal Ocean, with Dashing Willoughby, Move Swiftly and Afaak also finding their way back to the winner's enclosure.

Ireland, which produced four winners on day one, managed a brace of winners on day two in the shape of juvenile pair Raffle Prize and Southern Hills. The only other country to breed a winner this week is France with Lord Glitters, a son of Whipper who landed the Queen Anne on Tuesday.

The Duke of Cambridge provided a clean sweep for British breds, while the first four home in the Windsor Castle were all foaled in Ireland.

FIRST PUBLISHED 7:09PM, JUN 19 2019
The Group 2 Duke of Cambridge Stakes provided a clean sweep for British breds, while the first four home in the Windsor Castle were foaled in Ireland