Sire power: a look at the names and numbers behind the Irish 1,000 Guineas field

Daughters of Galileo, War Front, Deep Impact and Zoffany out for Group 1 glory 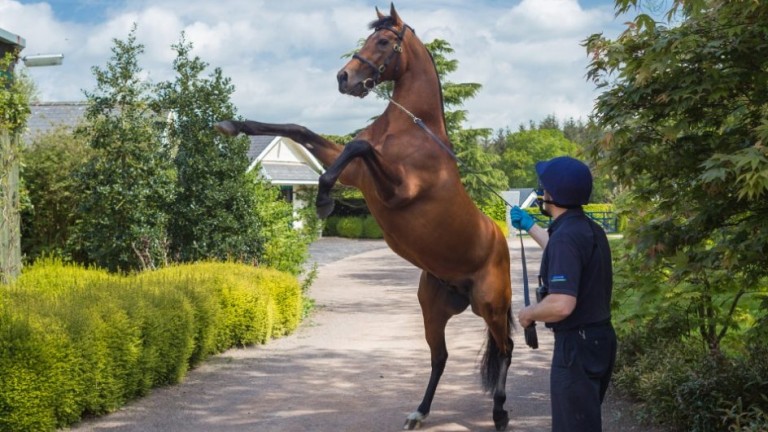 A 15-strong field has been assembled for this year's Tattersalls Irish 1,000 Guineas, with 13 different stallions represented in the fillies' Classic.

Those 13 sires have supplied an impressive total of 199 Group/Grade 1 winners between them worldwide, though that level of success comes as little surprise considering the sire power on display.

Zoffany boasts the strongest numerical representation, with three of his daughters due to line-up in this year's Irish 1,000 Guineas. This triumvirate is headed by Albigna, who will be bidding to supply the Niarchos family with their second homebred Irish 1,000 Guineas winner in three years, after Alpha Centauri claimed the 2018 running.

Albigna was conceived in 2016 during the covering season after Zoffany notched a first-crop hat-trick at Royal Ascot, with Illuminate winning the Albany Stakes, Washington DC claiming the Windsor Castle and Waterloo Bridge striking in the Norfolk Stakes.

She is out of Freedonia, a daughter of Selkirk who won the Group 2 Prix de Pomone over 1m4½f during her own racing career. The dam has produced five winners, including two at stakes level, with Albigna, who struck in last year's Group 1 Prix Marcel Boussac, joined by the Listed-winning sprinter Polybius. 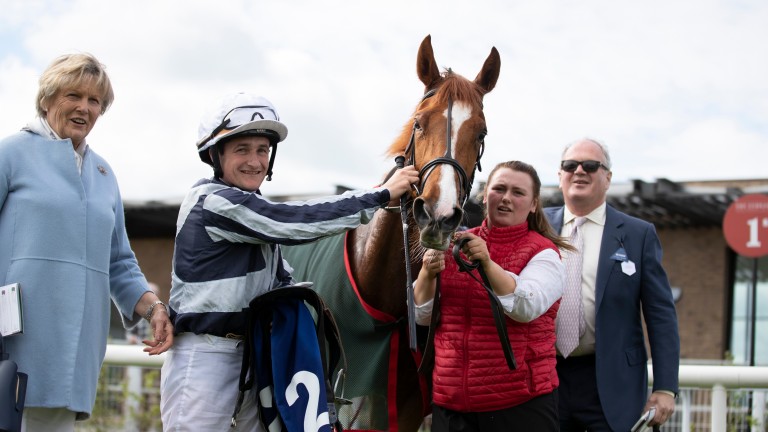 If Zoffany is to supply his first Classic winner, Albigna looks by far his best chance, with highly-rated maiden Soul Search and Limerick scorer Miss Myers having plenty to find on form.

The lion's share of those 199 Group/Grade 1 winners have been supplied by Galileo, perennial champion sire in Britain and Ireland and with 84 elite winners on the board. Coolmore's son of Sadler's Wells was wide of the target in the Irish 2,000 Guineas, where stablemates Armory and Vatican City finished second and fourth respectively.

Should Peaceful strike on Saturday, she would not only propel her sire into the record books as the most prolific sire of Group 1 winners of all time - with Galileo currently tied with Danehill - she would become the sixth daughter of the Coolmore colossus to land the Irish 1,000 Guineas. 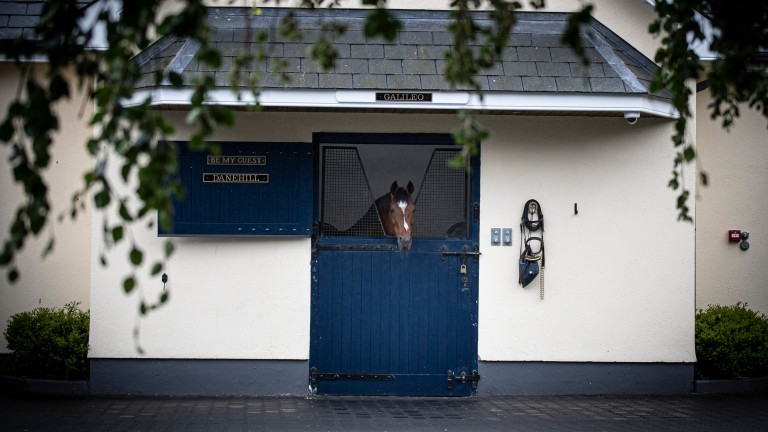 Two of Galileo's sire sons are represented in the contest, with the Ger Lyons-trained Roca Roma bidding to give Australia a breakthrough Group 1 winner, while New York Girl bids to become an eighth top-flight scorer for New Approach.

Should the Joseph O'Brien-trained New York Girl strike, she would provide Peter Kelly with a remarkable Irish 1,000 Guineas double. Kelly - who bred New York Girl with his father, renowned equine veterinary surgeon Paddy - hit the headlines some four years ago when another filly he bred, Jet Setting, caused something of an upset in the Irish Classic.

Peaceful is one of two Coolmore homebreds in the line-up, with the other, Fancy Blue, bidding to give Donnacha O'Brien a maiden Group 1 victory. 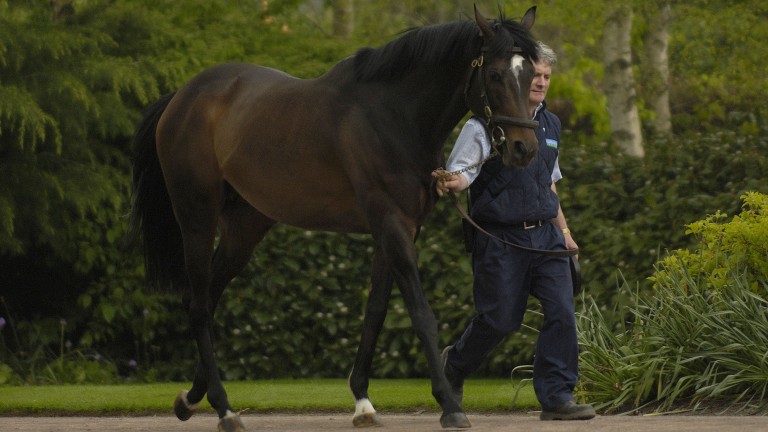 High Chaparral: Fancy Blue is out of a sister to late Coolmore stallion and Derby winner
Edward Whitaker
The unbeaten filly is by the late, great Deep Impact, who sired 46 Group/Grade 1 winners during his time at the Shadai Stallion Station, including European Classic scorers Beauty Parlour, Saxon Warrior and Study Of Man. Fancy Blue's female line heightens her appeal as a potential Classic winner, as she is out of Chenchikova, a winning Sadler's Wells sister to High Chaparral and Black Bear Island.

So Wonderful was bred by the Coolmore-affiliated Orpendale, Chelston and Wynatt, and not only has form tying in closely with Love, but boasts arguably the best pedigree in the race.

She is by leading sire War Front, source of 21 Group/Grade winners, and out of Wonder Of Wonders, successful in the Cheshire Oaks and runner-up in the Oaks itself. In turn, Wonder Of Wonders is out of All Too Beautiful, a Sadler's Wells sibling to Galileo and Sea The Stars and out of the remarkable blue hen Urban Sea.

Sea The Stars, sire of 13 Group 1 winners, is also represented in the race by Ridenza, a homebred of the Aga Khan's. The lightly-raced filly is the first foal out of Group 2 Debutante Stakes scorer Raydara, a daughter of Rock Of Gibraltar, meaning Ridenza shares her broodmare sire with 2,000 Guineas hero Kameko. 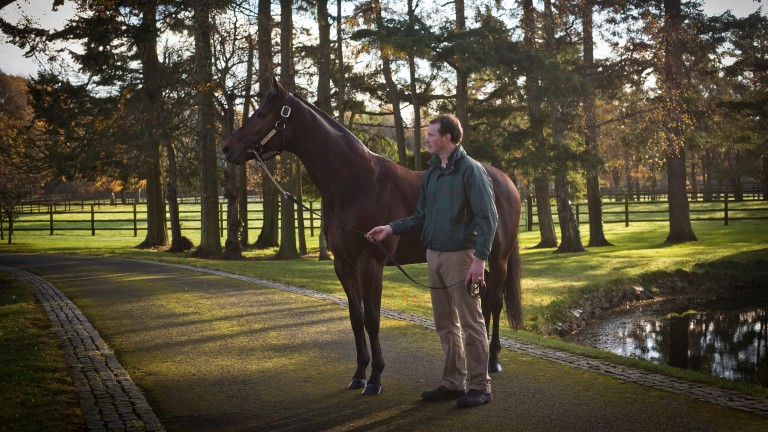 Sea The Stars: looking for Group 1 winner number 14 with unbeaten Ridenza
Patrick McCann
Holy Roman Emperor is no stranger to Classic success, having sired the likes of Homecoming Queen and Romanised among 13 elite winners, and fields Valeria Messalina. Camelot and Footstepsinthesand are not without the chance of a new Group 1 winner, with the former, who has four already, and the latter, with six, represented by Even So and Katiba respectively.

Bated Breath and Fulbright are both still chasing their maiden Group 1 winners, though it would be a turn up for the books if their respective runners, Apricot Moon and My Lucky Penny, proved up to the task.

FIRST PUBLISHED 7:01PM, JUN 12 2020
Fancy Blue's female line heightens her appeal as a potential Classic winner, as she is out of a winning Sadler's Wells sister to High Chaparral