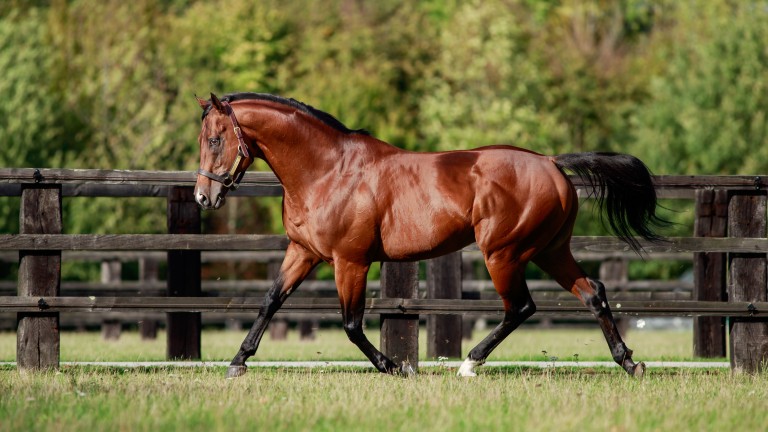 Simona gave British owner-breeders Nigel and Caroline Elwes victory at what is the traditional start of the European turf season by landing the Group 3 Prix Exbury at Saint-Cloud.

A 35th stakes winner for her sire Siyouni, the four-year-old has been brought along steadily by Francis Graffard but looked much improved when running away with a conditions race at Compiegne just 11 days ago.

Leading all the way under Alexis Badel, she stuck on to score by a length and three-quarters from Spirit Of Nelson, with Andre Fabre and Godolphin’s favourite Soleil Marin proving a disappointment.

Nigel Elwes is well-known in racing circles as a former chairman of both the Thoroughbred Breeders Association and Racing Welfare, as well as serving with the British Racing School, European Breeders’ Fund and on the boards of several tracks.

Although more active with runners in France nowadays, the couple had useful horses in training with the late John Dunlop including Lingfield Oaks Trial winner Santa Sophia, dam of their Listed-placed Sibilance.

Simona is one of seven foals produced by Monava, a winning Wildenstein mare bought for €35,000 from Arqana at the end of her career in 2010. Three of the other four to have raced - Mongolia, Monargent and Kings Lyn - have won for Graffard under Elwes’ ownership.

Graffard would have had a smiley face by the end of the meeting as he had already won the Listed Prix la Camargo with Emoji, the German-bred three-year-old who is unbeaten and now in the colours of Team Valor.

FIRST PUBLISHED 4:58PM, MAR 15 2020
Although more active with runners in France nowadays, the couple had useful horses in training with the late John Dunlop