International ON THE MOVE

Sidney's Candy to continue his stallion career in Turkey 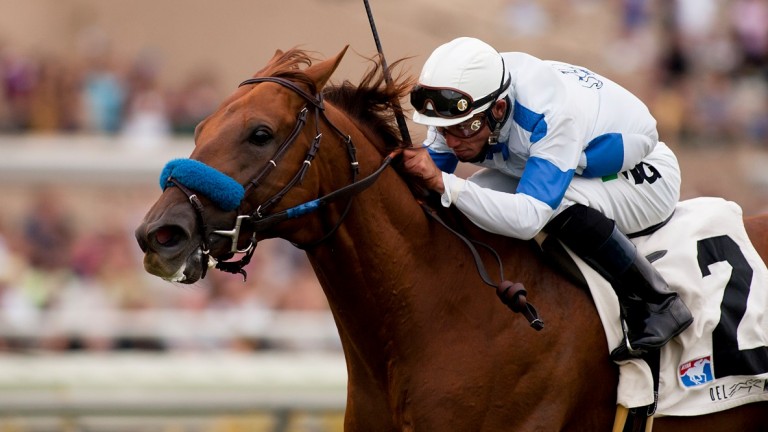 Sidney's Candy is to become the first son of Candy Ride to stand in Turkey after the Grade 1 winner was purchased by Turkish Bloodstock to stand at Karacabey Stud for the 2018 breeding season.

The ten-year-old has entered a 30-day quarantine at Elmendorf Farm near Lexington ahead of shipping to Turkey in mid-October.

Retired to WinStar Farm in 2012, Sidney's Candy also shuttled to Haras La Paison in Argentina from 2012-17. He is the sire of four black-type winners including Converge, Lencelot and Pluja at Graded level.

Trained during his racing career by John Sadler, he gained his biggest victory in the Santa Anita Derby as a three-year-old.

Tarik Tekce of Turkish Bloodstock said: "We have really good broodmare stock to offer Sidney's Candy. I believe he will have success as much as Victory Gallop and Lion Heart, who are already standing in Turkey and are leading sires."