Sibling success and a freshman to follow: five things we learned at Royal Ascot 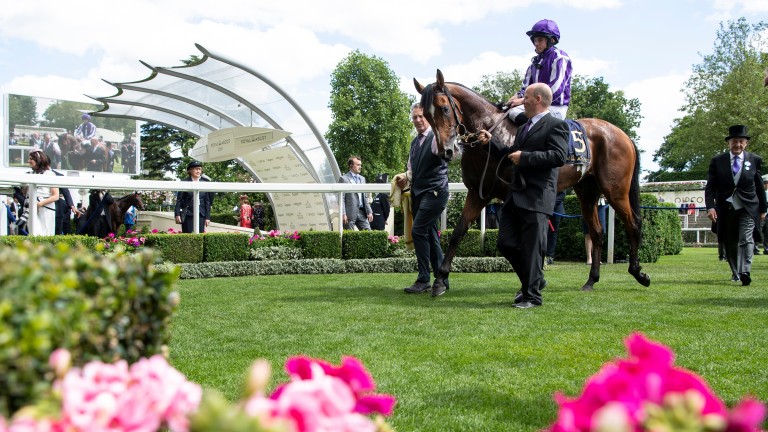 Japan: a brother to another Royal Ascot winner in Sir Isaac Newton
Edward Whitaker
1 of 1
UPDATED 2:08AM, JUN 30 2019

The biggest bloodstock stories to emerge from Royal Ascot this year were a fabulous four-timer for Shamardal - half those victories supplied by the doughty dual Group 1-winning sprinter Blue Point - and budget breeders' option Bated Breath equalling the achievement of blue-chip half-brothers Galileo and Sea The Stars by delivering three individual scorers at the meeting.

Pivotal, who is developing into a broodmare sire of serious consequence, was represented in this department by three winners in Advertise, Defoe and Raffle Prize; one more than each of Galileo (Space Traveller and Watch Me), Mark Of Esteem (Cape Byron and Crystal Ocean) and Royal Applause (Blue Point twice).

The might of the Godolphin broodmare band put Sheikh Mohammed's operation in pole position among the breeders with four winners – Cape Byron, Defoe, Pinatubo and Raffle Prize. The closely associated Rabbah Bloodstock bred another winner in Addeybb.

Great rivals Coolmore had a fine week but only one of Aidan O'Brien's five winners was a homebred running in home colours; that was Windsor Castle Stakes winner Southern Hills.

So far, so obvious for the most part. But beneath the headlines there were some more surprising breeding angles.

1. Sibling success a common theme of this year's winners

Considering there are thousands of Flat-bred foals born in Britain and Ireland every year but only 30 races staged at each Royal Ascot – and also knowing the significant genetic variation that can occur between even full-siblings – it is perhaps surprising that so many winners last week were emulating their brothers and sisters' success at the meeting. 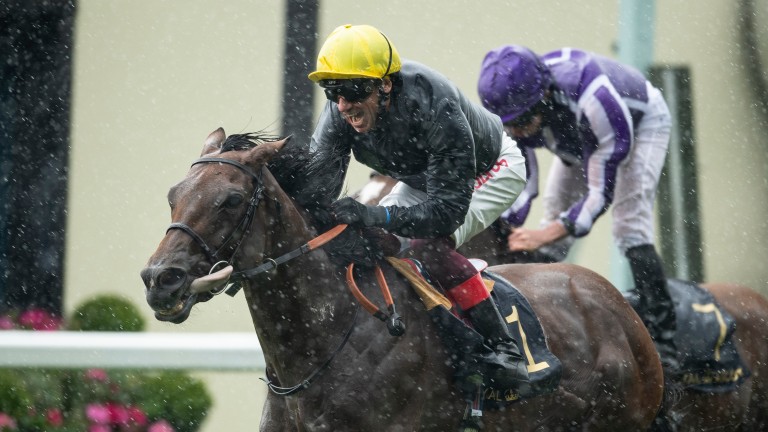 Close, but no cigar, for this year's Britannia winner Biometric, a half-brother to Phoenix Tower, who found only Duke Of Marmalade too good in the 2008 Prince of Wales's Stakes.

There were also two mares who struck at Royal Ascot in their racecourse pomp who were represented by winners last week: Duntle, dam of St James's Palace Stakes winner Circus Maximus – he won't join the list above as he is the only offspring of the late mare – and Ghanaati, who produced Royal Hunt Cup scorer Afaak.

Those outstanding matriarchs show that when it comes to working out your bets at next year's royal meeting, it might be worth paying a little more consideration to the distaff families of the runners.

One broodmare in the British and Irish population who is not yet a name on the tip of everyone's tongue, but deserves to be, is Reem Three.

The Mark Of Esteem half-sister to Celebration Mile winner Afsare, a runner-up in the Hoppings Stakes for her owner Sheikh Mohammed Obaid Al Maktoum, has fielded five winners on the Flat and all have clocked Racing Post Ratings of 107 or higher. All are by different sires, too. 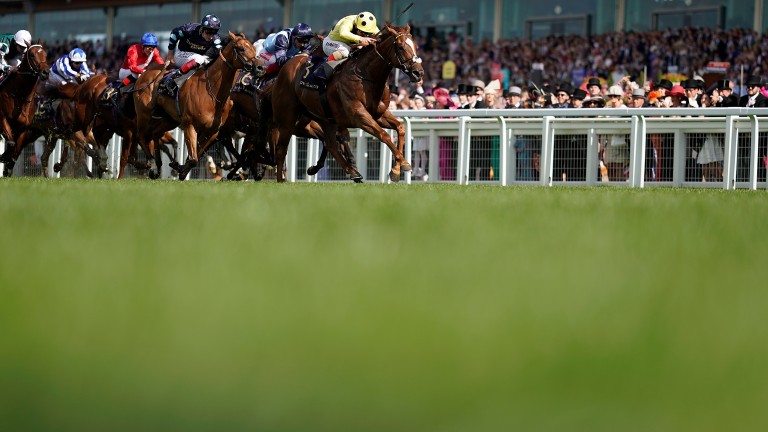 The mare, whose third dam is Prix de Diane and Grand Prix de Saint-Cloud winner Dunette, has a pair of young colts in the pipeline by a further two different sires – a yearling by Sea The Stars and a Frankel foal.

Reem Three's last four offspring were bred in the name of Sheikh Mohammed Obaid, although Darley is the registered breeder of Cape Byron and so he contributed to that operation's haul at Royal Ascot. Outside of the Maktoums, Coolmore and Juddmonte, there was plenty to cheer for a wide range of breeders last week.

Newsells Park is the breeder of arguably the most impressive three-year-old winner of the meeting in Japan, whose money-spinning dam Shastye has generated an astounding 11 million guineas in yearling sale receipts, as well as Ben Vrackie and Pallasator, runners-up in the Duke of Edinburgh Handicap and Queen Alexandra Stakes. 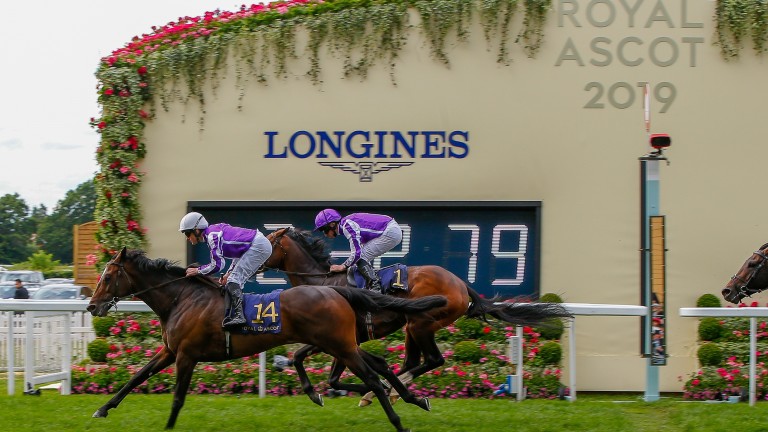 Ecurie des Monceaux, meanwhile, bred handicap winners South Pacific and The Grand Visir, as well as Wolferton Stakes runner-up Magic Wand – all in partnership with Skymarc Farm, and The Grand Visir also in association with Qatar Racing. The three horses were sold at the Arqana August Yearling Sale for more than €3 million in total, and will only pour fuel on the already burning demand for Monceaux offerings at Deauville.

Two other French outfits who had a good week were Haras de Saint-Pair, responsible for exciting Coventry Stakes third Guildsman outright and Duke of Edinburgh winner Baghdad in partnership, and Haras du Quesnay, on the mark with a pair of third-place finishers in King Ottokar and Time To Study, both by home stallion Motivator.

Broodmare owners without bottomless pockets could take encouragement from results at Royal Ascot, even if elite names Frankel, Galileo, Sea The Stars and Shamardal were clustered at the head of sire standings.

There was the treble for Bated Breath, available for £10,000 at Banstead Manor Stud this year, through Biometric, Daahyeh and Space Traveller, while six other active stallions who were the source of winners last week were also priced at that level or lower in 2019. 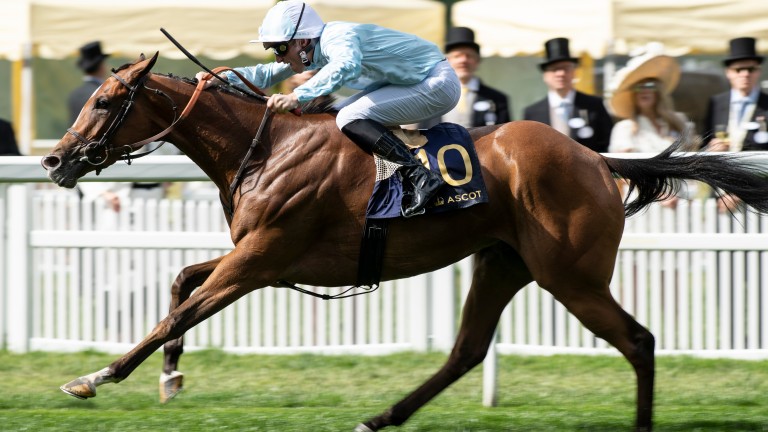 There was also some bargain basement trading of broodmares in evidence. Oakgrove Stud unearthed Affluent while carrying Daahyeh for just 35,000gns, while A'Ali's dam Motion Lass was bought by Daniel Creighton on behalf of Andrew Davis for a mere 9,000gns in February; even cheaper still, Out Of Thanks, the dam of Thanks Be, was purchased by Emerald Bloodstock for 4,000gns – albeit at the age of 16 – in December 2017.

The fact that horses with upstart breeding can mix it with the aristocrats in the exclusive surrounds of Ascot must make the long sleepless nights on foaling duty and the inevitable injuries and setbacks incurred by young stock worth enduring.

5. Eye-catching results suggest Cable Bay is one to watch

Gleneagles undoubtedly put up the best showing of any of this year's first-season sires at the royal meeting, by posting a winner in Southern Hills and the Chesham Stakes third Highland Chief, while Brazen Beau managed a podium finish with Norfolk Stakes third Dubai Station.

It was easy to miss, as none of his runners reached the frame, but fellow freshman Cable Bay also emerged from the meeting with credit.

First of all, the Highclere Stud resident – who has covered at fees of £6,500 or less – had five horses deemed worthy of competing at Ascot, which is no mean feat in itself. Second, several of those representatives outran their odds. 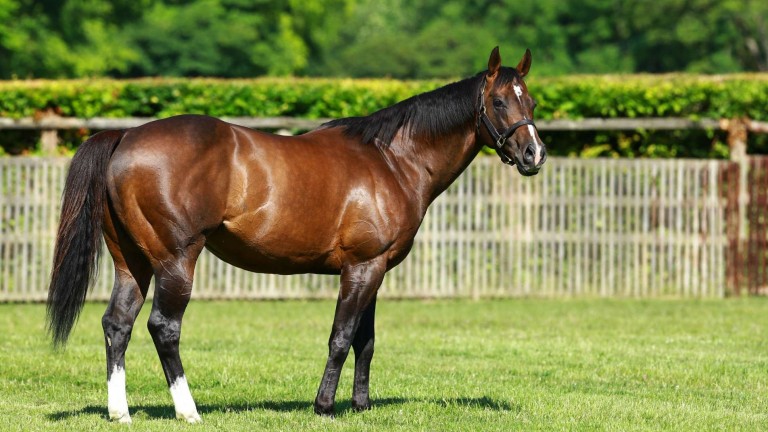 The 200-1 maiden Ropey Guest kept on well to take sixth of 17 in the Coventry, while 66-1 shot Electric Ladyland finished well after finding a spot of trouble in running to grab seventh of 21 in the Windsor Castle.

Liberty Beach's SP of 16-1 was a little insulting to a decisive winner of the Hilary Needler Trophy and she nearly made punters pay for ignoring her with a close fourth – first home in her group – in the Queen Mary Stakes.

None of that trio is out of a mare with particularly inspiring credentials, and Cable Bay, a son of the increasingly influential Invincible Spirit, could be one to keep a close eye on. He already has eight winners on the board this season.

Lucky Vega set for St James's Palace farewell as stallion career awaits From subfertile to sire sensation: how Starspangledbanner has defied the odds First for Territories as Darley shuttler strikes on the Sunshine Coast Midnights Legacy taking another small step towards securing stallion future Records across the board as OBS June Sale draws to successful conclusion Kirtlington Stud estate in Oxfordshire is put on the market