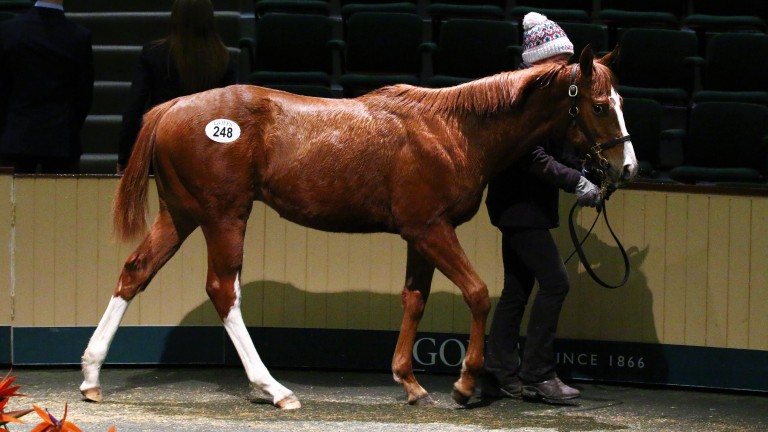 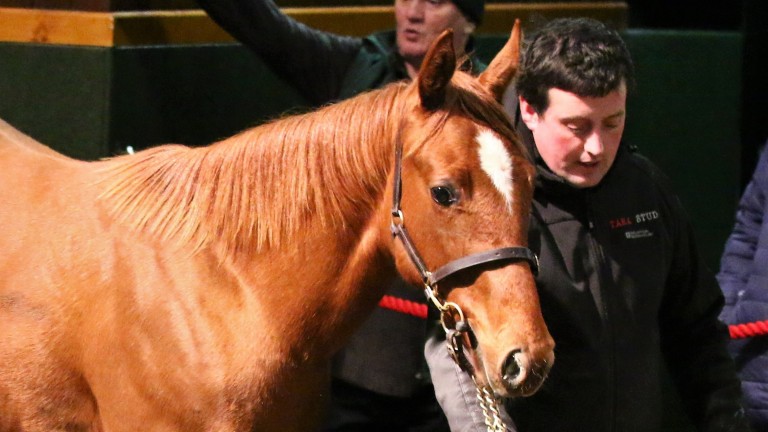 Progeny of proven sires were the order of the day during the first session of the Goffs February Sale devoted to yearlings on Tuesday, with leading sires Showcasing, Sea The Stars, Lope De Vega, Kodiac and Dark Angel responsible for the top five lots.

The session-topper was sold late in the day when Philipp Stauffenberg went to €120,000 for a February-foaled colt by Showcasing, the first foal out of the Pivotal mare Porthilly, a Listed-winning sprinter in Germany.

"He's the first foal out of a decent race filly," said Stauffenberg of the Trickledown Stud-consigned lot. "Showcasing can't do anything wrong at the moment and the mare is by Pivotal, who is a fantastic broodmare sire.

"Ed Harper [of Whitsbury Manor Stud, where Showcasing stands] said it's the best possible cross. I also liked him as a physical – a good walker with a good temperament. He'll return to the yearling sales. I just hope he will progress and sell well next autumn."

Two other lots made €100,000, including Tara Stud's Lope De Vega filly, whose first two dams were black-type placed and producers of black-type performers.

Cathy Grassick, who signed for the filly, said: "She's a very nice filly and Lope De Vega fillies are in demand at the moment with the likes of Newspaperofrecord. She's been bought for an existing client and will likely go to the yearling sales.

"The sire's been very lucky for me – I purchased the dam of Phoenix Of Spain for Arild and Cherry Faeste and planned the mating for him, so he's a big reason why I love the sire.

"Cherry sadly passed away last year and we were very close, not just as a client but as a friend, and it was great that she got to see him winning the Acomb Stakes at York.

"Arild, her husband, is keeping everything going and Lucky Clio – the dam of Phoenix Of Spain – will return to Lope De Vega this year which will result in a full-sibling."

The April-foaled filly is a half-sister to the Italian Group 3-placed Dream Mover and the Listed-placed novice hurdler Taper Tantrum, with the Listed-winning sprinter Coco City appearing under the second dam. 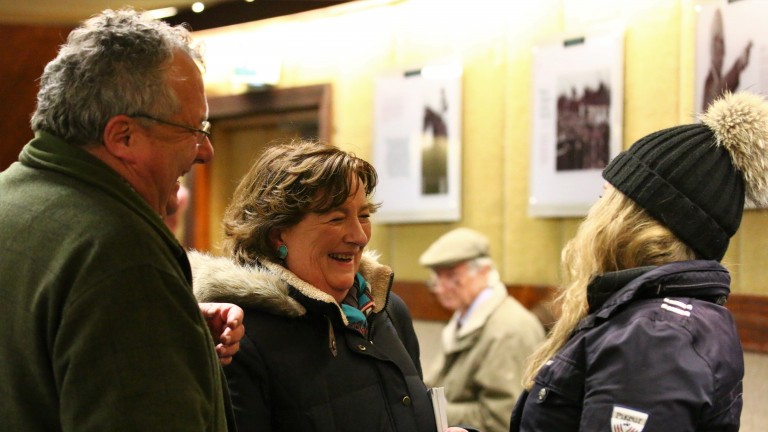 The first six-figure lot appeared well into the first session, when a colt by Sea The Stars offered by Ballintry Stud went the way of Uzbekistan businessman Avaz Ismoilov.

Auctioneer Bernard Condren called for an opening bid of €100,000 before getting the ball rolling at €30,000, though the six-figure sum was eventually reached with Ismoilov emerging on top.

The colt has a striking pedigree being the second foal out of the Italian champion juvenile filly and Prix du Bois winner Fly On The Night.

Further down on the page appears champion sprinter Owington.

Ismoilov is best known for racing Bathyrhon and Furia Cruzada in his green and red-starred silks.

Bathyrhon won the Group 2 Prix Vicomtesse Vigier at Longchamp and was fifth to Trip To Paris in the Gold Cup at Royal Ascot in 2015.

The now nine-year-old son of Monsun stands at Haras de la Hetraie in France, where he commands a €3,000 fee, and his oldest crop are now two-year-olds.

Meanwhile Furia Cruzada was third to Poetic Charm in a Meydan Group 2 last month, and third to North America in last year's third round of the Al Maktoum Challenge at Group 1 level. 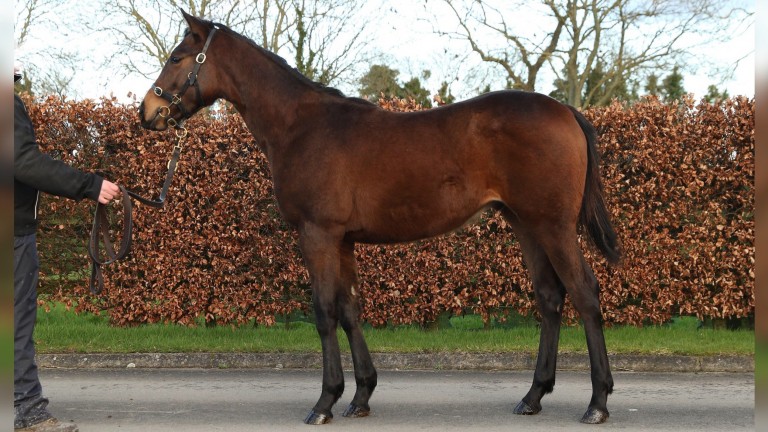 The Sea The Stars colt hammered down to Avaz Ismoilov for ?100,000
Ballintry Stud

The second most expensive filly sold on Tuesday was a daughter of Kodiac out of the Acclamation mare Acclimatisation, a half-sister to Flying Childers Stakes scorer Godfrey Street and the Prix de l'Abbaye heroine Gilt Edge Girl.

"Here's something very special," said Condren, as he introduced her into the ring. "A cracking individual by a terrific sire of fillies in Kodiac - the father of Fairyland, Tiggy Wiggy and all the rest of them."

Condren's call for an opening bid of €10,000 was immediately matched and the bidding soon rose rapidly past the €50,000 mark.

"It would cost you as much to send a mare to the stallion," said Condren, once the bidding had reached €65,000, with Noel Hayes eventually emerging on top with an €87,000 bid on behalf of MD Investments.

"She'll hopefully come back here for the Orby Sale in October," said Hayes. "She was just a very good individual - one of the picks of the sale. Obviously by a stallion who does what he says on the tin and out of an Acclamation mare, with a fast, speedy pedigree.

"She was a good, uncomplicated filly and it was hard to criticise her on anything. Gilt Edge Girl appears under the second dam and she ticks an awful lot of boxes."

The sale got off to a brisk start when the Drumachon Stud-consigned Dark Angel brother to Easton Angel strode through the ring, the only yearling by the sire in the catalogue.

Yeomanstown Stud, where the sire of Battaash and Mecca's Angel stands at an €85,000 fee, came away with the colt after the gavel fell at €80,000.

David O'Callaghan of Yeomanstown said: "For us, he was the standout horse of the day, both physically and being a full-brother to Easton Angel, who we pinhooked ourselves several years ago. It's a family we're well acquainted with.

"He'll be re-offered at the yearling sales later this year. He's a very good colt and we're delighted to be able to get him."

Easton Angel struck in Listed sprint company and placed in the Queen Mary and Lowther Stakes, and has a Galileo yearling colt and returned to the Coolmore phenomenon last year after being purchased for 500,000gns by agent Mick Flanagan at the 2017 Tattersalls February Sale.

Presentandcounting lives up to his lofty billing to top January Sale

Kayf Tara colt tops bill at £58,000 amid glowing reports about his brother

FIRST PUBLISHED 7:41PM, FEB 5 2019
Showcasing can't do anything wrong at the moment and the mare is by Pivotal, who is a fantastic broodmare sire