The Golden Slipper was won by the daughter of Manhattan Rain 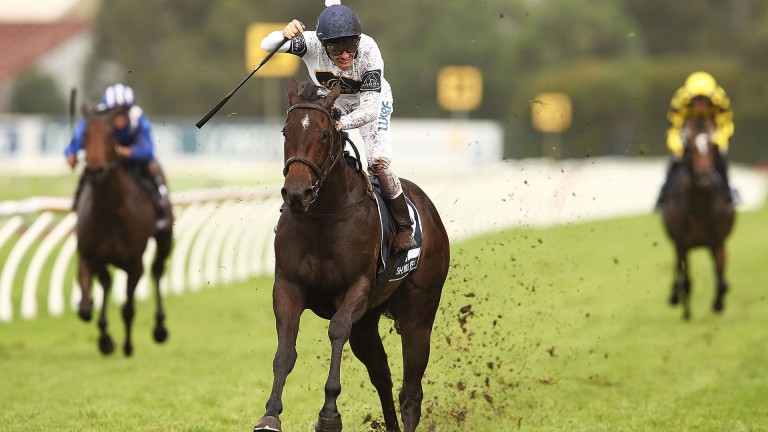 She Will Reign took the quickest route on the inside to win the Group 1 Golden Slipper at Rosehill in New South Wales on Saturday.

She Will Reign developed a lead one and a half furlongs from home and kept going to win by two and a quarter lengths from Frolic, a daughter of Husson, and Tulip, a daughter of Pierro who was promoted from fourth as Menari was judged to have caused interference.

Fillies were well represented in the contest, accounting for half of the 16-runner field.

Darby Racing purchased She Will Reign for A$20,000 as a yearling at the 2016 Inglis Classic Yearling Sale. She is out of the winning Charge Forward mare Courgette, whose granddam Sunshine Sally won a Slipper trial.

She Will Reign provided Manhattan Rain, an Encosta De Lago half-brother to Redoute's Choice, with his second top-flight winner after Whisky Baron landed the Grade 1 Sun Met at Kenilworth in January.

Manhattan Rain, a top-class two-year-old who won the Group 1 AJC Sires Produce Stakes, started his stud career at Arrowfield Stud and this year is standing at Blue Gum Farm.

Australian venture for the Aga Khan comes to fruition