Scott Burton reports from the final day of the February Sale 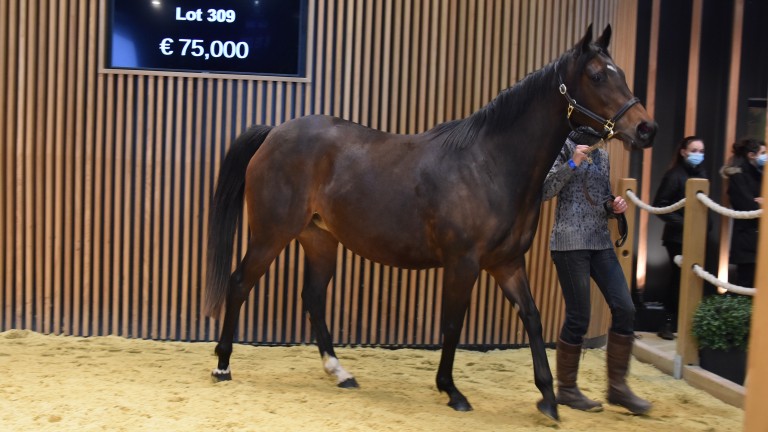 Buyers looking for last-minute additions to their broodmare bands in time for the new covering season drove trade on the concluding day of Arqana's February Sale.

Top honours went to Princess Isla, a five-year-old daughter of Frankel and Peinture Abstraite, who is herself out of Peinture Bleue, the Wildenstein blue hen who can count Prix du Jockey Club and Arc hero Peintre Celebre among six black-type offspring.

"We begun to buy mares last year during the breeding sales," said agent Anne-Sophie Yoh, who struck the winning bid at €110,000.

PRINCESS ISLA (lot 3 0 9 ), a #Frankel mare from the close family to PEINTURE BLEUE and PEINTRE CELEBRE, consigned in foal to #TenSovereigns by Haras des Rouges Terres, is purchased for €110,000 by @AnneSophieYOH YOHEA at the February Mixed Sale. pic.twitter.com/l3EmQKBHhR

"She's by Frankel and, while not physically perfect, she really stood out for us among the breeding section of the catalogue."

A mating for this term has yet to be decided but Yoh was certainly helped in her determination to secure Princess Isla by her 2020 cover.

"We didn't think we'd have to go that high for her but she was the one we wanted," said Yoh. "She's carrying to Ten Sovereigns, who is a sire we like a lot."

Rouge Terres scored a second notable success when the Manduro mare Swan Valley - in foal to Al Wukair - was sold to Artemis Bloodstock on behalf of Helmut von Finck's Gestut Park Wiedingen for €50,000.

Also threatening the three-figure mark was Jet Setteuse, a Makfi daughter out of the Hurricane Run mare Pretty Panther who was consigned by Haras du Berlais after a successful career on the track which brought her an official rating of 92. 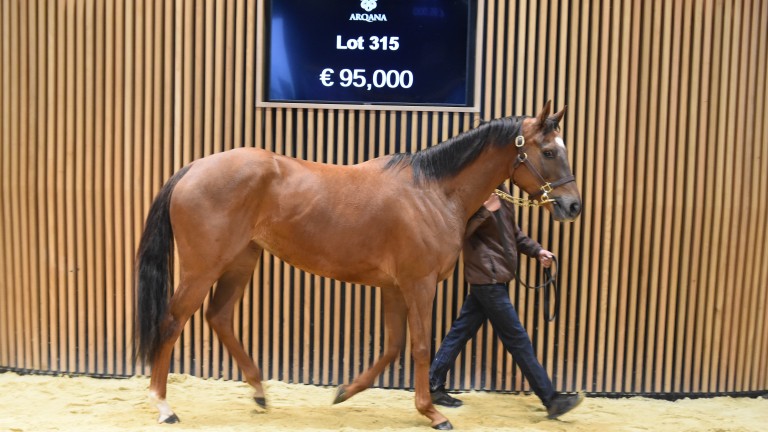 One of the first people to congratulate Vidal after securing Jet Setteuse was her trainer Francois Rohaut.

Vidal said: "She's from a good sprinting family and is a real battler. I adore her physically, I love the page and I love her fighting qualities. Her colt by Le Havre is a cracking yearling."

The pace was set early on by Honor Bound, who landed the Lingfield Oaks Trial for Ralph Beckett in 2014, and was knocked down to BBA Ireland's John Tyrrell for €60,000.

By Authorized, Honor Bound is out of an excellent producer in Honorine, whose progeny include Irish Derby hero Treasure Beach, the Group-placed Elidor and classy stayer Count Octave, who ran Stradivarius to a neck in the Queen's Vase at Royal Ascot in 2017.

Lot 2 3 3 HONOR BOUND, a Stakes winner and half-sister to Gr.1 winner TREASURE BEACH, offered by Haras des Cruchettes for @AlShahaniaStud1 sells to @BBAIreland for €60,000 at the February Mixed Sale. pic.twitter.com/gFkDdfDLSo

"She's a very good-looking mare and is clearly very well related," said Tyrrell. "She's already the dam of a winner, the two-year-old filly [by Sea The Stars] has just gone into training with Francis Graffard, and so she's a young mare with a promising future.

"She may stay in France to be bred but there are no immediate plans at the moment."

Tyrrell, who was happy to land Honor Bound after a near-miss on day one, added: "There were a couple of mares yesterday that we liked and we tried on the Galileo mare and we were underbidder.

"This mare was on a list of about two or three that we had for today. Authorized is looking like he could be a very good broodmare sire and so there are a lot of positives. Now we need a bit of luck."

Following on from the strong trade in horses in training that characterised the first day, the second and concluding session again posted upgrades on the figures from 12 months ago.

In all, 167 of the 182 lots presented were sold for an impressive clearance rate of 84 per cent, a huge jump from last year's 66 per cent.

That was a major contributing factor to the 38 per cent rise in day-two turnover, although the average also showed improvement at €9,780 against 2020's €8,305. 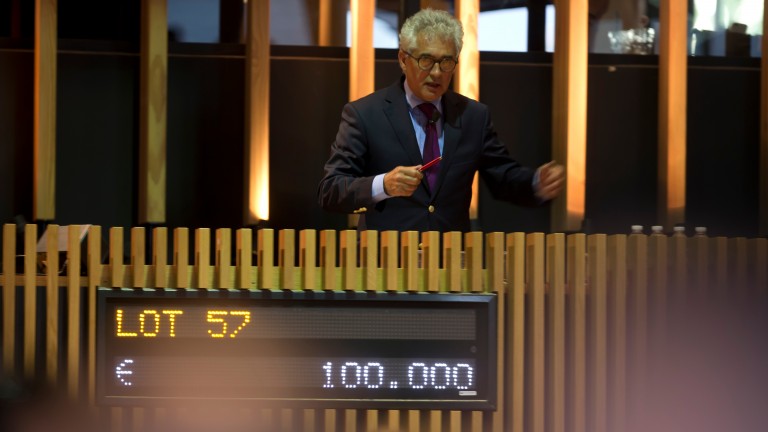 Across the two days, four out of every five horses to pass through the ring found a new home, while total turnover topped €3 million, second only to 2019's bumper sale - featuring a major dispersal - over the last ten years.

With so many foreign buyers prevented from travelling, the online offering continued to progress, with 35 lots sold over the internet.

Arqana president Eric Hoyeau said: "Since the autumn we've seen progressively more activity online. We've been able to make progress in our offering and will continue to try to refine and simplify our processes for internet bidding. The technology will also continue to evolve."