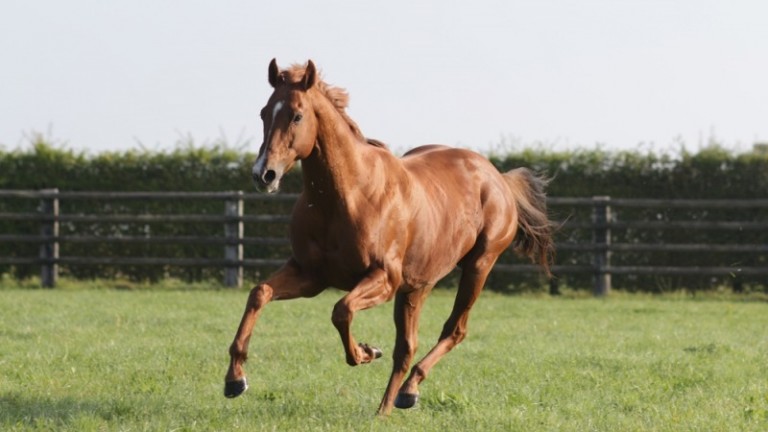 A 1/50th share in exciting stallion No Risk At All has been added to the catalogue for next week's February Mixed Sale at Arqana.

Haras de Montaigu's 13-year-old is really catching the eye at present through the exploits of offspring such as Esprit Du Large, the recent winner of the Henry VIII Novices’ Chase at Sandown, as well as last December’s Christmas Hurdle heroine Epatante.

His bumper-winning son Keskonrisk was bought for an eye-watering £370,000 during day two of the Goffs UK January Sale, while Allaho has been making waves for Willie Mullins.

The share goes under the hammer as lot 217, just after another stallion prospect, multiple Group winner Son Cesio, is offered.

A total of 11 supplementary lots have brought the catalogue total to 442 horses. These are made up of 105 horses in training, 25 two-year-olds, 175 broodmares, 62 fillies, and 75 yearlings.

The supplementary lots include Eua Vive, a three-year-old Siyouni filly out of a Listed-placed sister to National Defense consigned by HSV Agency, while Haras du Lieu des Champs will have powerful hopes for three-year-old filly Queen Khaleesi, a sister to Group winner Square De Luynes that is offered out of training. The event takes place between February 11 and 12 in Deauville.