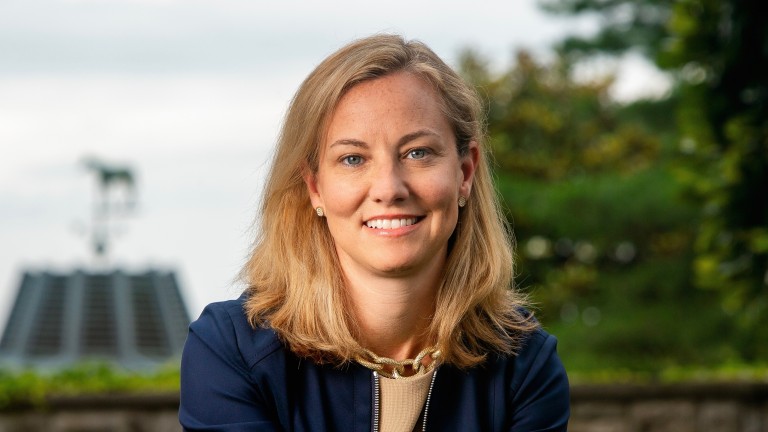 Keeneland president and CEO Bill Thomason has announced he will retire at the end of 2020 after a decade with Keeneland Association, including eight years at the helm of the global racing and sales company, and Shannon Bishop Arvin has been named by the Keeneland trustees as his successor.

Arvin, who as a partner with Stoll Keenon Ogden has served as corporate counsel to Keeneland since 2008 and as secretary and advisory member of Keeneland's board of directors since 2015, will serve as the incoming president-elect beginning September 1 and will officially transition to president and CEO on January 1, 2021.

She becomes Keeneland's eighth president and the first woman to serve in that position.

"Bill Thomason has led Keeneland with passion and integrity and with a commitment to its customers and a devotion to the Keeneland team," Keeneland trustee Everett Dobson said.

"People who care as much as Bill are what makes Keeneland so incredibly special. He leaves a tremendous legacy of service to Keeneland, the horse industry and the community, and his accomplishments have indelibly shaped the future of our sport."

"I've never met anyone who has more love for Keeneland or more respect for its traditions than Bill Thomason," Keeneland trustee Bill Lear said. "He has demonstrated both qualities in everything he has done as president, and we take this opportunity to thank him for serving Keeneland so well."

"It has been the honour of a lifetime to be part of the Keeneland family," Thomason said. "I feel privileged to work alongside people who share a commitment to always put the best interest of the horse first and to exceed our customer's expectations.

"Keeneland was founded upon these principles, which continue to guide our operations to this day. Shannon's life and work experiences intertwine with that philosophy, and I look forward to her leadership of Keeneland for years to come."

The appointment of Arvin was a unanimous decision by the Keeneland trustees. 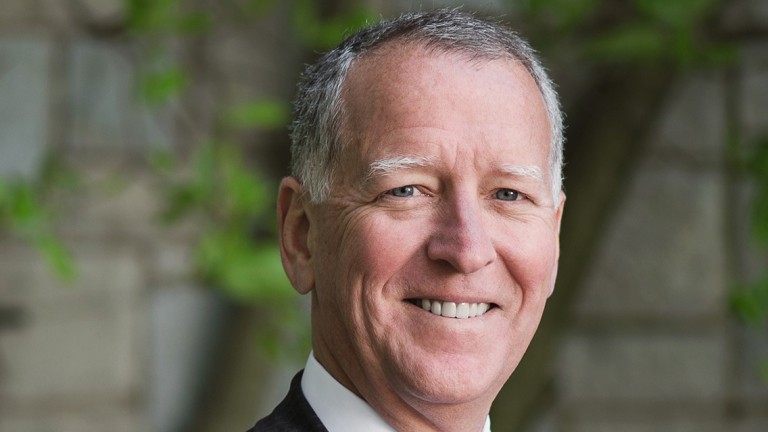 Bill Thomason: told board of his intention to retire last year
Magnus Lindqvist

"Bill notified us last year of his wish to spend more time with his family and his plans for retirement," Keeneland trustee Seth Hancock said. "We're grateful to have had ample time to thoughtfully select his successor.

"We have all known Shannon for years through her service to Keeneland and numerous boards in the racing industry. We approached her to see if there was an interest on her part, and I am happy to say there was.

"Our wide-ranging discussions with her that followed confirmed our initial judgement: Shannon's leadership, professionalism, the respect she has earned within the horse industry, her intimate knowledge of Keeneland's core businesses, and her vision for Keeneland's future made her the clear choice to become the next president."

Through her work with SKO's Lexington office, where she has practiced since 2002, Arvin has represented thoroughbred owners and prominent industry organizations in Kentucky and around the world, among them Keeneland, Breeders' Cup, Thoroughbred Owners and Breeders Association, and the National Thoroughbred Racing Association.

She also serves on the University of Kentucky's Gluck Equine Research Foundation board of directors and is a member of The Jockey Club.

"I have had the honour of working with Shannon for many years, and her expertise and knowledge of the thoroughbred industry and her impressive leadership abilities make her a great choice for Keeneland," Breeders' Cup president and CEO Drew Fleming said.

"Breeders' Cup has a long-standing bond with Keeneland, and we look forward to working with Shannon, Bill and their entire team to not only make the Breeders' Cup World Championships a resounding success in 2020 but also to innovate and grow our sport going forward. Today's announcement is a major win for the future of racing."

Arvin brings to her new role a unique perspective of Keeneland's rich history and what the iconic track means to horsemen, fans and Central Kentucky. Her grandfather WT "Bish" Bishop was the first general manager of Keeneland when the track opened in 1936.

Her father, the late William T. 'Buddy' Bishop III, grew up at Keeneland, living in an apartment next to the clubhouse. Buddy Bishop's lifelong service to Keeneland included positions as director, secretary, trustee and counsel. He was also a partner at SKO and worked with his daughter at the firm until his passing in 2008.

"Through her legal career at SKO and her service on numerous industry boards and community organisations, Shannon has earned international respect for her wise counsel and love of the thoroughbred industry," Dobson said.

"Her deep roots with Keeneland and appreciation for its mission will allow her to lead with the same integrity and enthusiasm she has brought to every organisation she has served."

"I am humbled and grateful for the opportunity to serve as president and CEO of Keeneland," Arvin said. "I am also thankful for my experience at Stoll Keenon Ogden these past 18 years. I appreciate the trust and confidence placed in me by my clients and my law partners, and I look forward to continuing to work with them in a different capacity.

"I have a deep love and passion for Keeneland and it is a tremendous honour to lead this organization and work alongside this amazing team," she said.

"By building on the foundation laid by Bill Thomason and those who came before him, and with a continued focus on integrity, innovation and safety, we will further the mission of Keeneland and ensure the future of this sport."

FIRST PUBLISHED 5:22PM, JUL 2 2020
I am humbled and grateful for the opportunity to serve as president and CEO of Keeneland