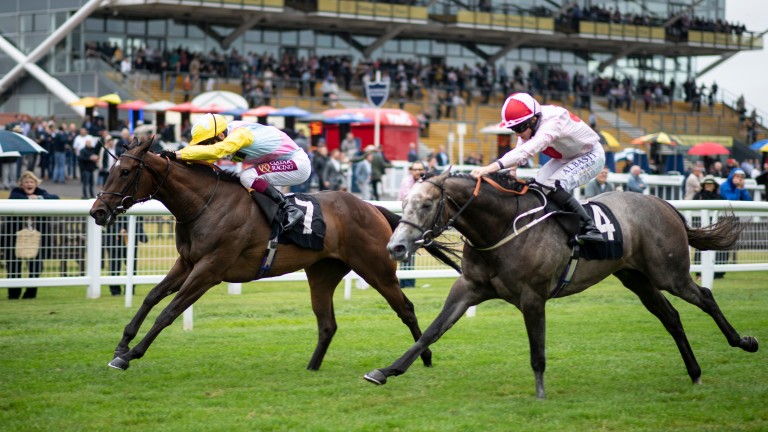 Oisin Murphy was sure that owners Alrabban Racing had secured themselves a bargain after the Listed success of Shadn in the Irish Thoroughbred Marketing Rose Bowl Stakes at Newbury.

The daughter of high-flying No Nay Never was acquired from last year’s Tattersalls Ascot Yearling Sale last September, when offered by Jamie Railton.

She has now won two of her three starts for Andrew Balding and has a fine pedigree being out of Sadler’s Wells’ Amethyst, who was runner-up in the Irish 1,000 Guineas at the turn of the century.

Amethyst has produced a few winners but Shadn looks set to become her best to date with her game three-quarter length defeat of Misty Grey setting her up for a likely tilt at the Group 3 Dick Poole Stakes at Salisbury.

"Super sweet filly, she won nicely at Kempton first-time-out and then she ran in the Queen Mary at Ascot - I didn’t ride her but she was probably still a little bit green," Murphy told Racing TV.

"Billy Jackson-Stops [agent] did very well to source a filly like this, I think she cost 40-something thousand pounds [£42,000], you won’t see many No Nay Nevers at that price again. That’s a huge result, a Listed win, and I’d be hopeful she’d progress."

Asked about the merits of an effort on rain-softened Berkshire turf, Murphy added: "She seems pretty versatile. As most of her sire’s progeny want fast ground, we’ll have to see in time. At Ascot it was quite wet, she hasn’t really faced a sound surface as of yet."

Earlier in the afternoon, More Than Ready was represented by a filly with the potential to carry his name higher after a likeable win from James Tate’s Nasaiym in the bet365 EBF Fillies' Novice Stakes.

The veteran stallion has never made as much of a racket in Britain as he has in Australia and the US, having shuttled between WinStar Farm and Vinery in recent times.

Bred by Nicole Gunther & Ramsey Farm, Nasaiym was pinhooked by Mayfield Stables and sold for 230,000gns at the Tattersalls Craven Breeze-Up Sale, where the Cool Silk Partnership and Stroud Coleman Bloodstock signed the docket. However, the filly has carried the colours of Sheikh Juma Dalmook Al Maktoum on both racecourse outings.

She is out of the Danehill Dancer mare Beyond Our Reach, who was third in the Moyglare Stud Stakes, and her daughter has been given an entry in that very race herself, as well as the Lowther at York. 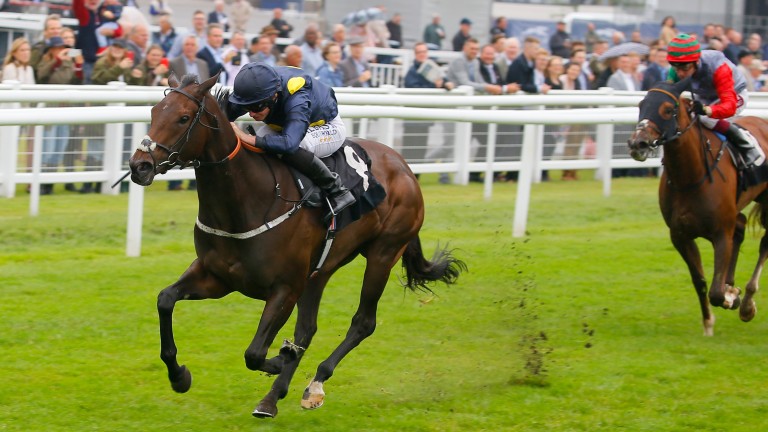 "I thought she didn’t really like the ground, I think the rain has got in there, but she found a way to win anyway," said Tate.

"I think we see her as a black type filly, we’re not quite sure if it’s six or seven furlongs, and we thought she might get up to a mile next year."

Rolling out the blue carpet: a day at the Darley stallion parade