Stormy Clouds supplemented for the auction 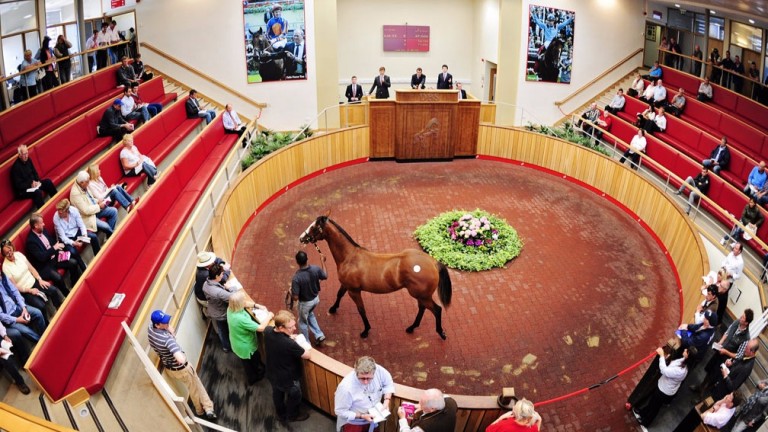 Goffs UK have unveiled 17 wildcard entries for their Autumn Horses in Training and Yearling Sale which begins a two-day run on Monday.

Eye-catchers include maiden point-to-point winner Smiling Jessica (lot 337), impressive bumper scorer Midas Gold who won by four-and-a-half lengths on his debut in August (342), and Ballyhome (349), a five-year-old son of Westerner who won a Loughanmore point-to-point by four lengths earlier this month.

Flat horses supplemented for the auction include Stormy Clouds (270B), a daughter of first-season sire Sir Prancealot who won the Goffs UK Premier Yearling Stakes in August, and the unraced Oasis Dream two-year-old Reinvent who is consigned by Juddmonte Farm (275A).

The catalogue for the sale is available to view online.