Seven-length winner gets Coach House off the mark

More Than Likely is a notable first for her sire 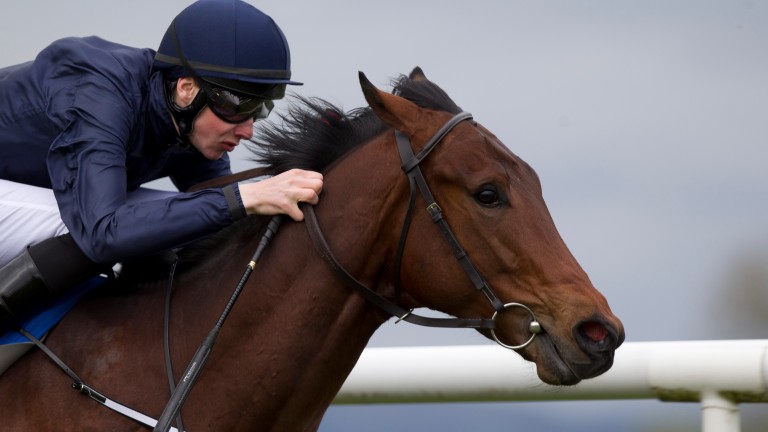 Coach House became the latest freshman sire to get off the mark when daughter More Than Likely streaked to a seven-length success in a 6f novice auction stakes at Brighton on Monday.

The Richard Hughes-trained filly was sent off the 6-5 favourite after finishing a promising third on debut at Windsor last month.

She gave her backers little cause for concern as she made most under jockey Shane Kelly and set sail for home two furlongs out to leave her rivals trailing in her wake.

More Than Likely was an exceptional find by Hughes at the bottom of the market, having been sourced for just £9,000 at the inaugural Tattersalls Ireland Ascot Yearling Sale last September.

She was bred by Robin and Scarlett Knipe's Cobhall Court Stud, and is the third foal out of the Listed-placed Clodovil mare Moss Likely, who is descended from Prix Marcel Boussac heroine Tropicaro.

The dam's yearling colt by Due Diligence was sold to David Myerscough for 27,000gns at the Tattersalls December Foal Sale last year.

Coach House, a son of Oasis Dream and the Group 1-placed sprinter Lesson In Humility, was a most precocious individual in his own racing career, winning a Tipperary maiden and the Listed Marble Hill Stakes and finishing second in the Norfolk Stakes and third in the Railway Stakes at two.

Coach House stands at Bucklands Farm and Stud at a fee of £3,000, and has a crop of 74 debut two-year-olds to race for him.

Who is Rajj? The answer to the question on everybody's lips

FIRST PUBLISHED 3:39PM, JUN 11 2018
More Than Likely was an exceptional find by Richard Hughes at the bottom of the market