Tattersalls last staged an auction at this fixture in 2015 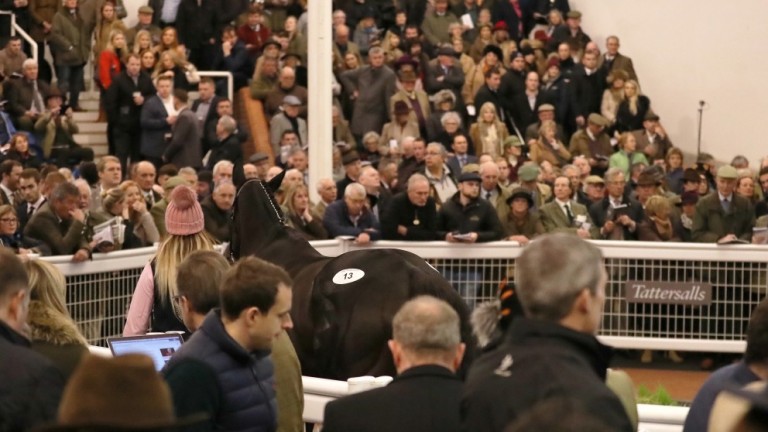 Tattersalls Cheltenham is to offer a select group of high-class horses in training and point-to-pointers in the owners and trainers marquee after racing at Festival Trials Day on Saturday, January 25.

The auction house last sold at the meeting in 2015 and moved the original January Sale, previously staged in the Tattersalls Sale arena, in 2016 to a later date as a stand-alone sale in February. This sale will continue.

It anticipates to return with a notably select number of jump prospects. This will be the first time an event has been conducted exclusively in its sponsored marquee at Prestbury Park, which been used to accept bids for the past two Festival Sales and to introduce the lots being sold in the winners enclosure.

Matt Prior, head of Cheltenham Sales, said: "I am delighted to announce the return of the Cheltenham January Sale after racing on Cheltenham Festival Trials Day.

"It has been a source of many notable graduates in the past including On His Own, who narrowly missed out on Cheltenham Gold Cup success.

"This will bring the total number of sales at Cheltenham to seven and this will likely be our most select of all catalogues. Purchasers are aware that these select sales are producing phenomenal results in recent seasons and indeed weeks and vendors are best rewarded in this environment accordingly."

Sales horses will be located in the Charles Turner Stables, where they can be viewed from January 24, and will be presented in the parade ring while being offered for sale.

FIRST PUBLISHED 5:00PM, NOV 15 2019
This will bring the total number of sales at Cheltenham to seven and this will likely be our most select of all catalogues