The wondermare's first foal is a colt by Dubawi 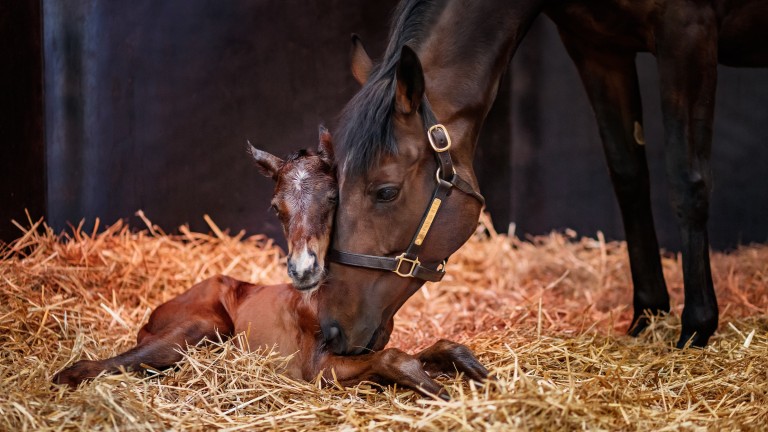 Wondermare Treve has delivered her second foal, a bay filly by Shalaa, at Haras de Bouquetot. The new arrival was born on Sunday afternoon and weighed in at a healthy 55kg.

Treve, who landed back-to-back renewals of the Prix de l'Arc de Triomphe in 2013 and 2014, gave birth to her first foal, a colt by Darley's flagship stallion Dubawi, in early February last year.

The daughter of Motivator was not the only elite performer to deliver a foal by Shalaa at Haras de Bouquetot on Sunday, as she was preceded by Grade 1 Vinery Madison Stakes winner Shotgun Gulch, who produced a filly moments before Treve went into labour.

Shortly after that pair Rjwa, a daughter of Muhtathir who was placed in both the Prix Saint-Alary and the Prix de Diane, foaled a strong colt by Shalaa. All three foals and their dams are reported to be in rude health and are awaiting their first paddock turnout.

"We're delighted with Shalaa's first foals, which he stamps a lot. His foals really stand out, with size, a lot of depth, strong backs and plenty of quality," said Benoit Jeffroy, manager of Haras de Bouquetot. 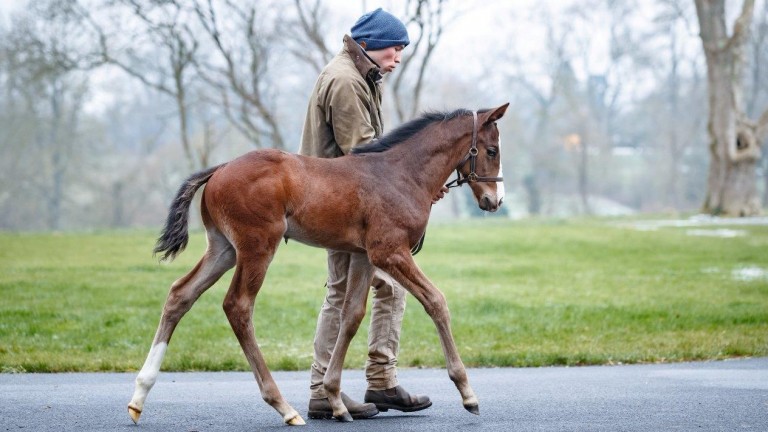 Shalaa, who won the Prix Morny and the Middle Park Stakes during his two-year-old season, covered a stellar book of mares during his first season at Haras de Bouquetot last year.

The Group 2 winner Al Wathna and the Group 3-placed Gherdaiya are among those who have already produced colts by the son of Invincible Spirit, while Al Anqa, a Galileo half-sister to Breeders' Cup Filly and Mare Turf winner Zagora is among those to have welcomed a filly.

Al Shaqab will again be throwing their support behind Shalaa, with around 30 mares from the operation's boutique broodmare band due to visit the dual Group 1 winner in 2018.

If you enjoyed this story you should read:

Castlefarm still full of pride and joy about their star Shalaa

FIRST PUBLISHED 5:45PM, MAR 5 2018
We are delighted with Shalaa’s first foals, which he stamps a lot