Bloodstock Latest BACK IN BUSINESS

Son of Monsun enjoyed a big breakthrough at the Cheltenham Festival 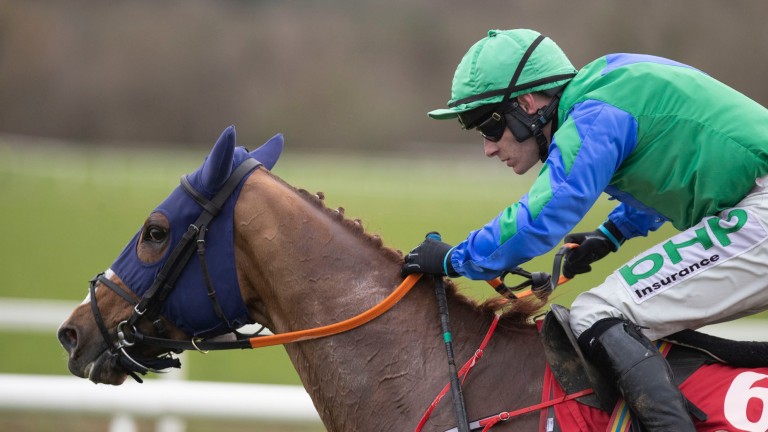 Ronald Pump: has put Schiaparelli's name in lights in recent months
Patrick McCann
1 of 1
By Martin Stevens 8:11PM, MAY 1 2020

Schiaparelli has successfully covered his first mare at Overbury Stud in Gloucestershire this week since colic surgery at the start of the covering season ruled him out of action for two months.

The 17-year-old son of Monsun's inability to serve mares came at an unfortunate time, as he enjoyed a breakthrough at the Cheltenham Festival in March before the suspension of racing in Britain.

The mare’s fifth victory came a day after son Ronald Pump had finished a game second in the Stayers’ Hurdle.

“Schiaparelli covered his first mare without any problems at all and there have been no issues since then, so we're just waiting for the next one now," said Overbury Stud's Simon Sweeting.

"Hopefully they will build up now that he's covering again. He will obviously have a greatly reduced book but I’d be disappointed if we didn’t get 25 or 30 mares to him this year. Most importantly, though, we're just delighted to see him recover well from surgery.”

Schiaparelli hails from one of the best families in the German stud book, as a brother to champions and Classic winners Samum - the sire of dual Grade 1-winning chaser Notebook - and Salve Regina.

Another sibling, Sanwa, is the dam of runaway German Derby hero Sea The Moon, whose own first crop includes Grade 1-winning hurdler Allmankind.

Schiaparelli upheld family honour by winning five Group 1s including the German Derby as well as the Goodwood Cup.

His fee at Overbury Stud this year is advertised at £1,500.

FIRST PUBLISHED 8:11PM, MAY 1 2020
Schiaparelli hails from one of the best families in the German stud book