Belmont Stakes winner is the most eligible bachelor in racing 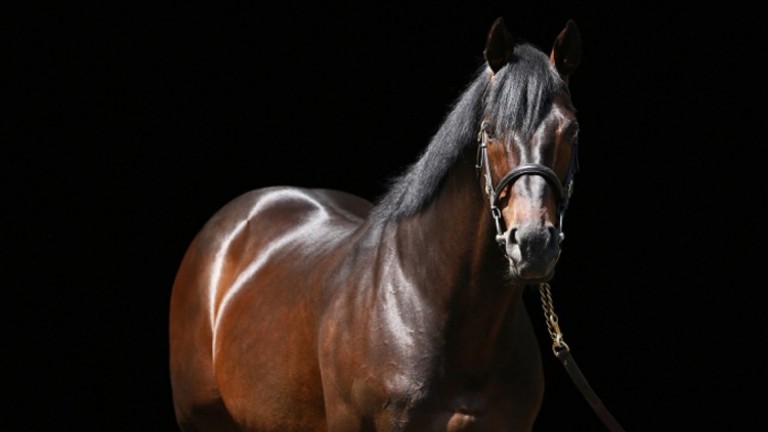 This article was originally published on June 10

It should go without saying that a Triple Crown winner will be worth a king's ransom as a stallion prospect. But the value of Justify, who became the 13th horse to claim the holy grail of American racing with a front-running victory in the Belmont Stakes on Saturday, is sent further into the stratosphere due to the identity of his sire.

Justify hails from the penultimate crop of Scat Daddy, who died suddenly at Coolmore's Ashford Stud in Kentucky aged only 11 in 2015, just as he had established himself as one of the greatest sires in the world.

Scat Daddy seemed to transmit the qualities that breeders most cherish – precocity and pure class. The son of Johannesburg has supplied 25 Group/Grade 1 winners worldwide, is regarded as the Galileo of Chile due to his southern hemisphere-bred offspring having dominated top-level action in that country, and has a remarkable knack for producing Royal Ascot winners, as Acapulco, Caravaggio, Lady Aurelia, No Nay Never and Sioux Nation have shown.

Indeed, it looks like being another productive royal meeting for Scat Daddy this month, with Lady Aurelia aiming to defend her King's Stand Stakes crown, Sioux Nation only 7-2 for the Commonwealth Cup and a strong juvenile squad being assembled, likely to be headed by the exciting Sergei Prokofiev.

Sioux Nation and Sergei Prokofiev are owned by Coolmore, who will be anxious to secure the Scat Daddy line in the face of limited time. They already have his sons Caravaggio and No Nay Never on their roster, and their determination to stand more will have been redoubled by the fine start made by freshman No Nay Never in recent weeks.

No Nay Never is the sire of wide-margin Woodcote Stakes winner Cosmic Law, the best two-year-old in Europe on Racing Post Ratings, as well as Listed scorer Servalan and the useful The Irish Rover.

With that in mind it was no surprise to see reports last month claiming that a deal had been reached for Coolmore, who also stand 2015 Triple Crown hero American Pharoah, to purchase the breeding rights to Justify for $60 million, with a kicker built in if he won the Preakness and Belmont Stakes. However, the horse's joint-owner WinStar Farm, which stands elite stallions itself, swiftly rebutted the story.

Other joint-owners SF Bloodstock and China Horse Club, whose silks Justify carried in the Belmont, also have shares in a portfolio of stallions spread around different studs.

Whichever farm is the eventual custodian of Justify will boast not only a colt who won the Triple Crown unbeaten – only the second to do so after Seattle Slew – and an invaluable son of a spectacular stallion who died too young; they will also have a rich source of marketing material in the distaff pedigree.

Bred by John Gunther – owner and breeder of Without Parole, ante-post favourite for the St James's Palace Stakes at Royal Ascot – Justify is out of Stage Magic, a Grade 3-placed daughter of another outstanding colt in Ghostzapper. That makes him a half-brother to Grade 3 winner The Lieutenant. 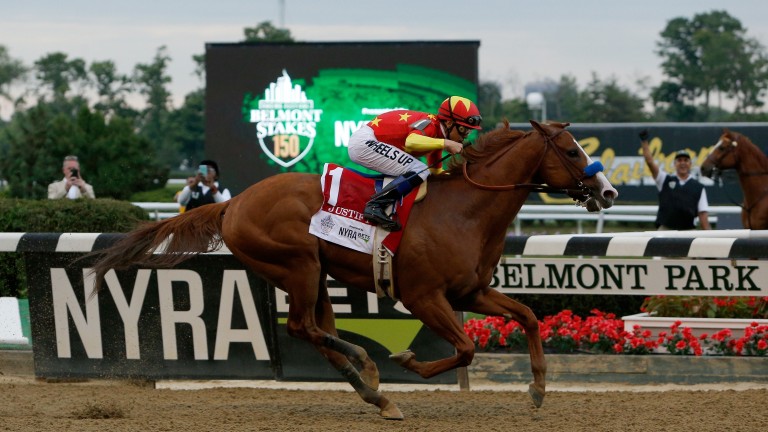 Stage Magic is in turn out of the Grade 1-placed mare Magical Illusion, who is by the influential Pulpit out of Grade 3 winner Voodoo Lily.

Furthermore, a $500,000 price-tag when Justify was bought at the Keeneland September Yearling Sale attests to his stunning looks.

The only thing Justify does not have that is usually held in high regard by mare owners is two-year-old form, having made his debut at Santa Anita in February, sparking a six-race winning spree that took in the Santa Anita Derby in April before the Triple Crown contests.

It is safe to say, though, that in this case that solecism will make not a jot of difference to the sky-high value of by far the most eligible bachelor in racing.

FIRST PUBLISHED 5:21PM, AUG 31 2018
It looks like being another productive Royal Ascot for Scat Daddy this month