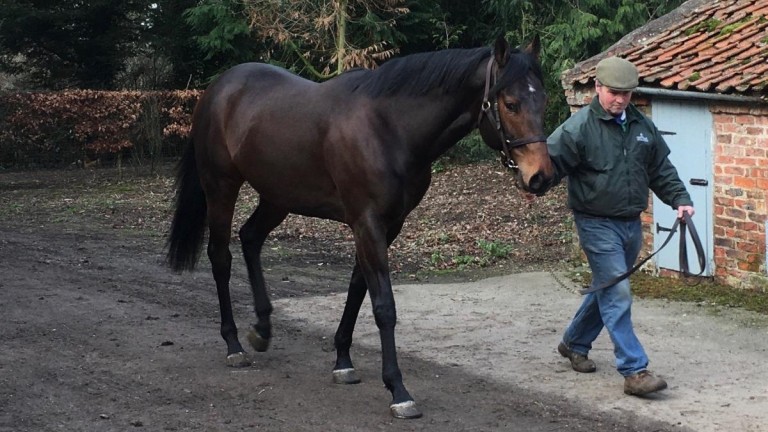 Gary Sanderson has been pleased with Wusool since his arrival earlier this year
Lilling Hall Farm
1 of 1
By Tom Peacock 5:00PM, NOV 20 2020

Gary Sanderson of Lilling Hall Stud is on the look-out for new stallions to satisfy what he believes is a live opportunity among Yorkshire-based breeders.

The farm, close to the grounds of Castle Howard, has been improved over the last decade by Sanderson, who spent time working for the likes of Mick Easterby and Newsells Park Stud before launching his own venture.

After an earlier attempt with Royal Ascot winner Tha’ir, Lilling Hall currently has one stallion on the books in Wusool, who joined earlier this year and will stand for a £2,000 fee in 2021.

"It could be possible to stand four stallions in the future," said Sanderson.

"We’ve developed the place and we've got another empty stallion shed, which I'd like to fill. Wusool is a miler so I’d like to get a sprinter if I can."

He continued: "Where we are is in the heart of Yorkshire and there’s a gap in the market. I’ve worked in Yorkshire for many years and Monsieur Bond covered every mare around here, but he’s not around any more.

"We need some new young blood. I know all the good stallions are there but people around here don’t like driving to Newmarket all the time, it’s the cost of transport and the time it takes. I think they’d like something on their doorstep too."

Sanderson has nonetheless been delighted with the performance of Wusool, who he could unveil only on the eve of the last breeding season.

A Shadwell-bred son of Speightstown, he won the Group 3 Prix Paul du Moussac for Francois Rohaut and finished fourth to Intellogent in the Prix Jean Prat at Deauville.

"When you get these stallions really late you don’t get time to advertise them, but we’re doing that for next year," he said.

"I liked his pedigree - Speightstown is a Grade 1-winning dirt horse and Wusool's dam Torrestrella was a French Guineas winner, which shows his versatility, especially with the all-weather at Newcastle used so much by trainers around here.

"He got eight mares last season and he’s very fertile, which is brilliant. There’s a mare here called Mey Blossom, she’s a ten-time winner - we call her the Enable of the north - who we got off Richard Whitaker, who couldn’t get her in foal. They’re only 15 miles from me, they brought her down and Wusool worked straight away."

While there will be a wait to see how Wusool's first progeny turn out, Sanderson has plenty else on his hands with broodmares and even a few racehorses in his care. A recent highlight has been resident boarder Audley, whose first runner What A Glance is showing promise with Oliver Sherwood.

"I did have a trainer’s licence last year - we’ve got only half a dozen horses to run but when the pandemic came I thought it was a waste of time to have it," he explained.

"I’ve actually just put in to renew it. The yard’s separate from the stud and all being well we should be back up and running next year. We put syndicates together for the ones we breed here and just run a few."

FIRST PUBLISHED 5:00PM, NOV 20 2020
I know all the good stallions are there but people around here don’t like driving to Newmarket all the time

Kirtlington Stud estate in Oxfordshire is put on the market Converge maintains Frankel's hot streak at Eagle Farm Uncommon winner for Cable Bay as son swoops in Listed event at Eagle Farm 'At some point, you have to take a step back and say, 'Holy cow!'' In-foal Laurina showing the right signs ahead of Auteuil swansong Fillies lead way at day two of the OBS June Sale with top lot fetching $420,000