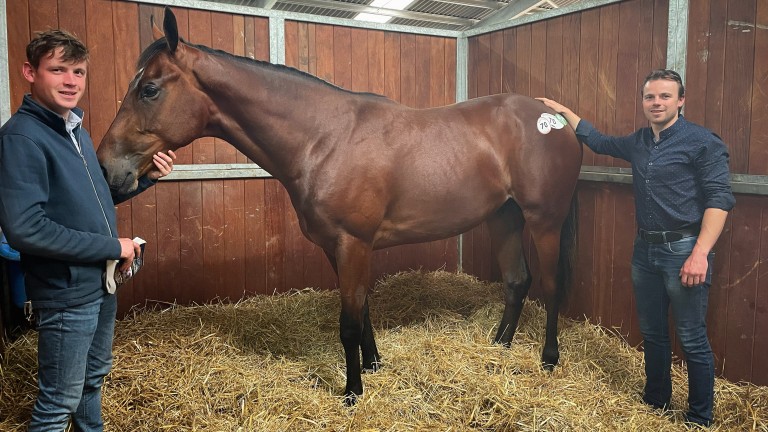 Tom and David Brickley of Ard Erin Stud in Coolrain, County Laois got their pinhooking career off to a flying start at the Tattersalls Ireland September Sale on Tuesday when they turned a Make Believe colt picked up for just €8,000 into an £85,000 yearling.

The brothers plainly had plenty of confidence in the strapping individual, whose siblings include the classy Shadwell runner Muraad, but said that the sale to Richard Hughes surpassed even their wildest expectations.

"This is our first pinhook," said a delighted Tom Brickley. "We loved him from the moment we bought him and he's been a champion the whole way through. We're just delighted to get so well paid. I've dreamed about it but never thought it would happen." 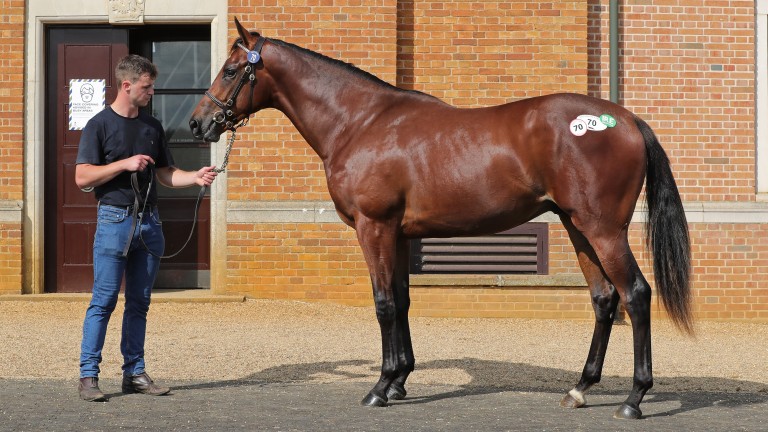 The brothers explained it was the colt's notably fluid movement that caught their attention when the youngster was offered at last year's Goffs November Foal Sale, and said they had kept their fingers crossed that Mishriff would help keep Make Believe's name in lights this season.

"We loved his action, he moved so well for a big horse," said Tom. "We bought him from a great breeder in Brendan Hayes from Knocktoran Stud at Goffs last year. When we bought him I was hoping Mishriff would kick on and he's done it all this year."

The brothers, who head up the growing family-run operation, also paid tribute to their respective mentors in the industry, with David having spent time with the Kavanaghs at Kildaragh Stud while Tom worked with Paddy Burns at Loughtown Stud. 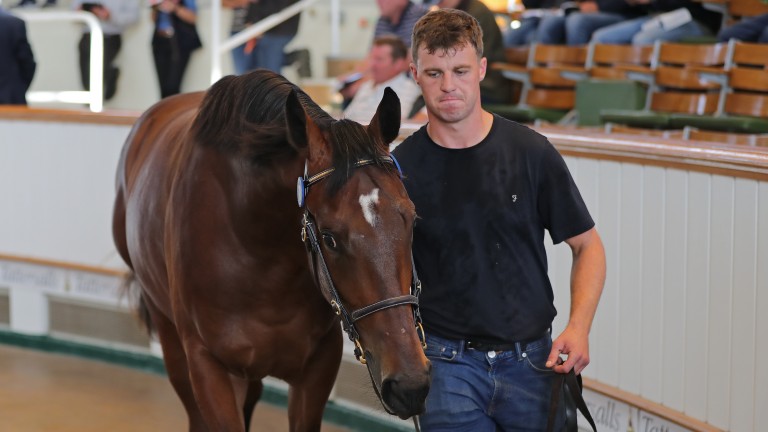 "It's the family farm so everyone at home is part of the team," said David. "Dad always had a mare and that's where our interest began, we caught the bug and decided we wanted to give the pinhooking game a go. We learned our trade from the best and that gave us the confidence to give it a go ourselves."

He added: "We've been steadily upgrading the facilities at home and we provide a range of services now, breaking, pre-training, sales prep and consigning. And we do a bit of boarding mares as well. Any animal, we'll board it!"

Hughes said he was determined not to leave Park Paddocks without the colt, and added that his purchase was now set to visit a certain AP McCoy before joining his Weathercock Stables string.

"I loved him from the minute I set eyes on him," said Hughes. "He'll probably be more of a three-year-old but his brother is rated 100, that helps when you're giving that sort of money, and he's a beautiful, loose-walking horse. 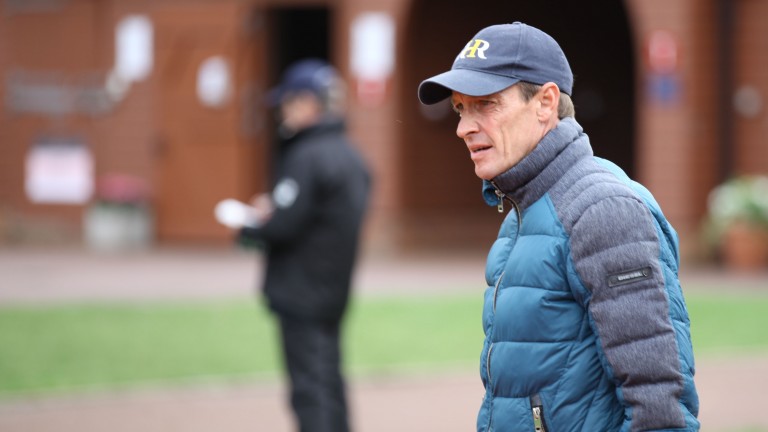 Richard Hughes: "You have to stick your neck on the line as they're not cheap"
Laura Green

"I haven't had any by Make Believe before but I've been following his stallion career. Tony McCoy does our breaking so he'll start off there and we'll try and sell him between now and Christmas.

"I thought I'd get him for £60,000 but a nice horse like him is quite obvious so you have to stick your neck on the line as they're not cheap. I own him at the moment but I had to have him."

FIRST PUBLISHED 3:09PM, SEP 21 2021
We learned our trade from the best and that gave us the confidence to give it a go ourselves