Scott Burton reports from Deauville on a positive second session 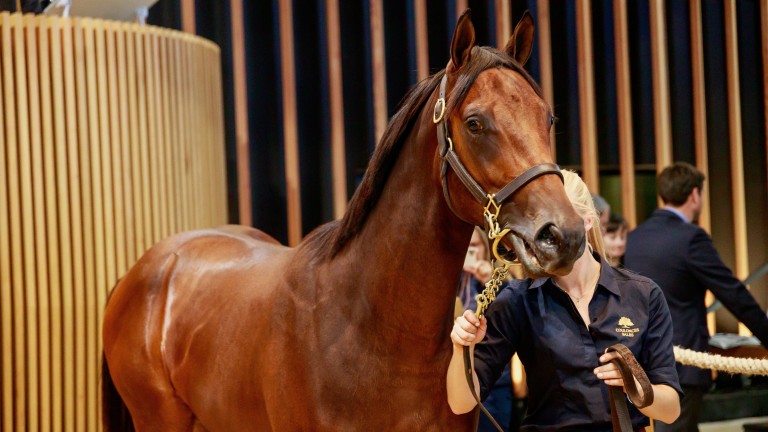 Around three hours into the second of five sessions at Arqana this week the 2021 October Yearling sale officially became the most lucrative in terms of turnover since 2017.

For the vendors still waiting for lots to pass through the Deauville ring there will have been no sense of relief, or that everything else is a bonus from here on in.

But the dynamism of the first day - powered by a varied and international collection of buyers - carried into Tuesday, the first of two sessions classified as part two of the catalogue.

Added to the €16m worth of business done on Monday the sale is well on course to exceed the 2017 record well before the increased catalogue size comes into play in part 3.

Atop the board for much of the day was a colt from the final crop of the late Haras d'Etreham resident Elusive City knocked down to Paul Harley for €150,000.

Consigned by Anna Sundstrom's Coulonces academy for fellow Swedish breeder Erika Gilliar, the colt is out of the former Michael Bell-trained sprinter Forces Sweetheart, who ended her racing days in the Czech Republic before coming to Normandy. 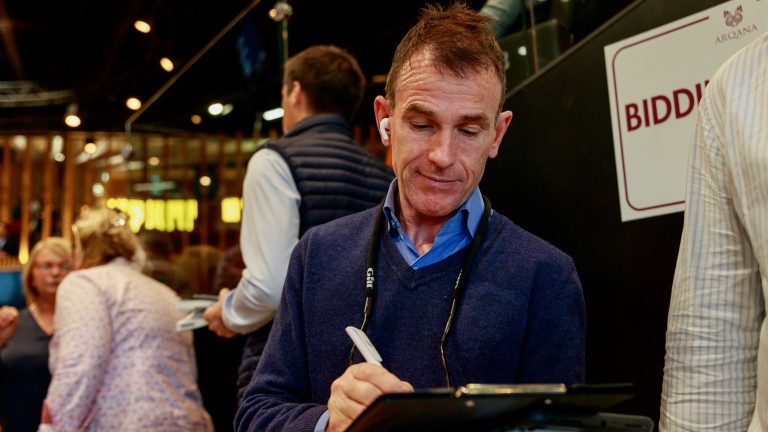 Paul Harley signs for the top lot on day two of the Arqana October Yearling sale, a €150,000 colt by Elusive City
Zuzanna Lupa

Harley said: "I thought he was one of the best horses I saw today. He just looked like a racehorse, like an athlete. He seems to have a great mind. I just liked him a lot."

The colt's full brother won the Group 3 Prix Paul de Moussac for Chantilly-based Gavin Hernon, who stood next to Harley as the winning bid was struck.

The agent asked journalists not to read too much into their proximity, though there is no doubt Hernon would be delighted should Harley's client choose to stick with the winning formula.

"It's not decided where he will go in training but he will stay in France, said Harley. "His full brother won as a two-year-old. We would always have the Arqana race over Arc weekend in mind and try and get a run into him before that. If he's as good as his brother we’ll take that."

Sundstrom's day one offering was headed by a Camelot filly out of the Redoute's Choice mare Pink Paint who sold to Niall O'Connor for €185,000 and Tuesday was another productive afternoon for Coulonces, with colts by Sioux Nation and Australia making €87,000 and €85,000 respectively and both featuring among the top eight lots.

Wootton Bassett was all the rage in Deauville on Monday but 24 hours later it was a daughter of his sire Iffraaj who made a big impression on agent Ghislain Bozo and owner Finn Blichfeldt.

Another of the dam's siblings, the Dubai Destination colt Black Sea, landed the Listed Prix Francois Mathet at 1m2f but the family is mostly sprint-oriented, with King's Stand hero Chineur under the third dam Wardara. 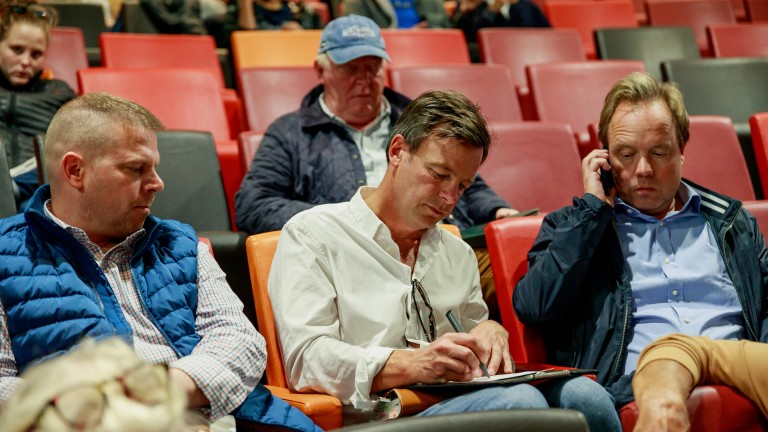 Ghislain Bozo struck at €140,000 for a filly by Iffraaj on behalf of Swedish entity, AB Ascot
Zuzanna Lupa

"She was more than I was expecting to pay but I really fell in love with her," said Bozo. "She looks a racehorse, is very discreet and has a lot of quality.

"The family has a lot of speed and she will add a lot when it comes to her breeding career. She will be sent to Christophe Ferland."

Bozo added: "She is for AB Ascot [the company of which Blichfeldt is chairman] a Scandinavian owner for whom I bought an Almanzor yesterday."

Lerner and son strike for daughter of Almanzor

Selling began at two o'clock on Tuesday to allow for the running of a pair of black type races across the road and Carlos and Yann Lerner secured a fine second place in the Group 3 Prix des Reservoirs with Queen Trezy, a filly from the first crop of Almanzor.

The lesson was not lost on the father and son training partnership and only ten lots into the session they signed at €130,000 for a Haras d'Etreham-consigned daughter of the stallion.

Out of the Footstepsinthesand mare Et Toi Et Moi, the filly hails from the family of Group 3 winner Kreem and more distantly, Wertheimer blue hen Gwensem.

"She is a beautiful-looking filly and very well-balanced," said Yann Lerner. "I bought her for a partnership between [Etreham principal] Nicolas de Chambure and the Haras du Cadran."

Just before the close of business a colt by Almanzor - also brought to market by Etreham - made €120,000, with trainer Fabrice Chappet signing the docket on behalf of agent Amanda Skiffington.

Already named Turibio, the colt is out of the Tagula mare Polissonne, whose first foal by Almanzor's sire Wootton Bassett, A New Opportunity, already has a win at Saint-Cloud under her belt this year.

John Hammond had the final word at €95,000 for an imposing daughter of Le Havre, bred by Pierre Talvard's Haras du Cadran.

The filly will carry the colours of Gerard Augustin-Normand, who not only raced Le Havre but also bred her Rajsaman-sired dam Nullemont, a half-sister to Grand Prix de Paris runner-up Neufbosc. 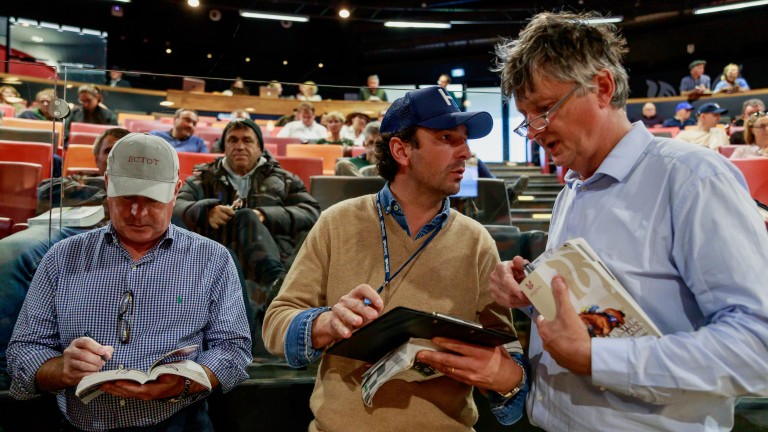 Nicolas de Watrigant and John Hammond (right) swooped for lot 270
Zuzanna Lupa
Nullemont herself managed to win at two and was also Listed placed at three.

Hammond said: "She's by Le Havre out of a young mare who's got a bit of black type so hopefully she's got a chance. She's a May foal she's going to take a bit of time but she's a pretty filly."

Earlier in the session Hammond stood next to Nicolas de Watrigant as the agent went to €110,000 for a filly from the first crop of Al Shaqab sire Al Wukair from Guillaume and Camille Vitse's Normandie Breeding.

The filly is a sister to the Toronado colt Mouillage, who was runner up in the Group 3 Prix des Chenes at two and scored Listed level on his most recent start for Jean-Claude Rouget last month.

FIRST PUBLISHED 7:45PM, OCT 19 2021
His full brother won as a two-year-old. We would always have the Arqana race over Arc weekend in mind and try and get a run into him before that