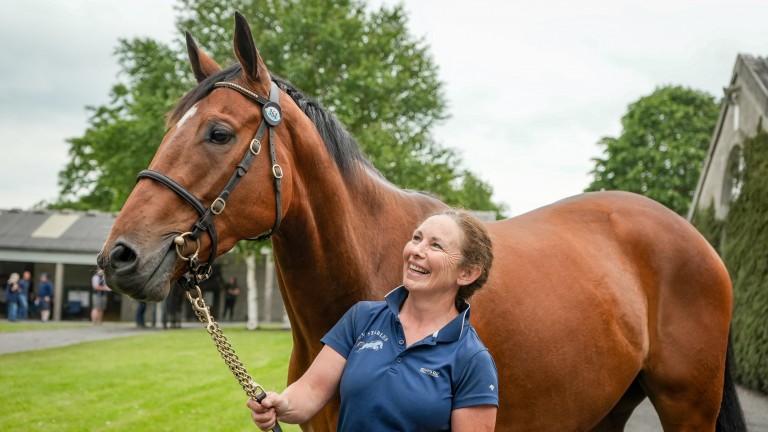 Marie Harding and the Sholokhov gelding who shares his breeders with Noble Yeats
Alex Cairns/ITM
1 of 1
By Aisling Crowe UPDATED 10:06PM, JUN 21 2022

The second Saturday of April this year will live long in the memory of Marie Harding and her family, the date, April 9, etched in gold on the calendar.

Two graduates of her Glen Stables in Castletownroche brought the curtain down on Aintree's Grand National meeting in the most spectacular fashion, with Noble Yeats's emotional triumph in the world's most famous race quickly followed by the victory of Lookaway in the concluding Grade 2 bumper.

Both horses were sold by Harding at Tattersalls Ireland store sales and the Cork woman, who has consigned her strongest and largest team of horses this sales season, was in reflective mood on the eve of the Derby Sale, where Glen Stables offers 14 horses.

"It was fantastic, the two of them winning one after the other was unbelievable really," she smiles.

Lookaway, the best runner sired by Ask, was sold by Harding's operation to an alliance of Wexford point-to-point trainers for just €6,200 at the May Store Sale of 2020.

Despite not costing the earth, Harding and her team are not surprised by the talent the unbeaten Lookaway has displayed, first for Sean Doyle and latterly Neil King. 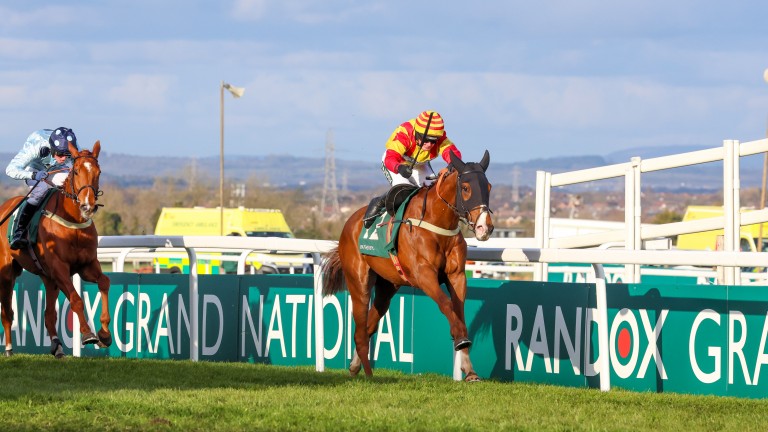 "Lookaway was always special from day one," she says. "He was such a good mover and had such presence about him. Everything he did at home and at the sales was brilliant, every one of us felt that there was something about him.

"His point-to-point was at our local track [Kildorrery], the Wexford boys brought him up there, and I don't think he saw another horse, he started in front and finished in front without coming off the bridle.

"I think he'll be a very good horse in time. We're really looking forward to the future with him."

Noble Yeats, meanwhile, was the youngest horse in more than 80 years to triumph in the Grand National, the bold strategy employed by Emmet Mullins and Paul Byrne providing retiring amateur rider Sam Waley-Cohen with an ending scripted in Hollywood.

That story, or more accurately the seven-year-old's role in it, began in Castletownroche, birthplace of Jonjo O'Neill, where Noble Yeats was bred and reared before going to Glen Stables to be prepared for the August Sale.

Harding was familiar with his family, being bred as they are by her neighbours, and having prepared relations for the sales recognised some family traits in the future Aintree hero.

"It was unreal, and for Noble Yeats to be bred by neighbours as well was special," she says. "They sent him to me to prepare him for the sales and sell him, I've had a few of that family and they have all looked useful."

The season was not all about that one afternoon at Aintree in April, as glorious as it was. John McConnell's Grade 2 River Don and Listed Perth novice hurdle winner Mahler Mission was also sold by Glen Stables on behalf of his breeder Ivor Dulohery at the 2019 August National Hunt Sale.

With those recent flagbearers so alive in the memories of buyers' minds, it is no wonder that purchasers have a path worn to Barns F and G, where the Glen Stables' draft for this week's Derby Sale is stationed.

"We've been very busy and they seem to be going down well for the most part, so hopefully that's a good sign for the sale," says an optimistic Harding, in the summer sun of Ratoath. 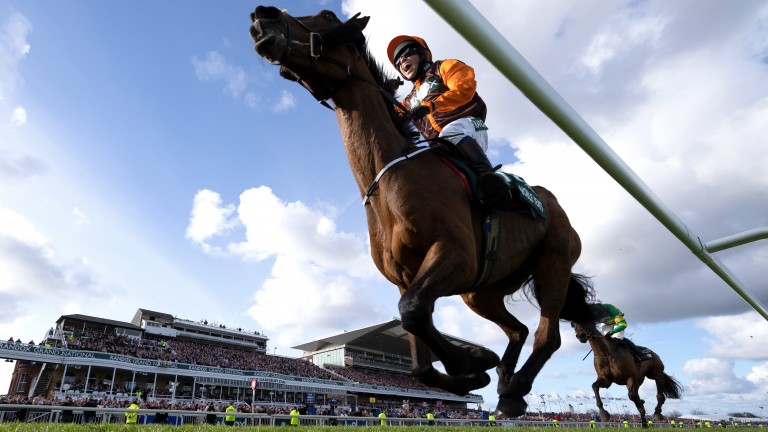 However, it is not just recent success that draws the attention of buyers. Harding's pedigree, as well as her track record of producing talented horses, is respected and recognised. Noble Yeats is not the first Grand National winner to have come through Glen Stables, for Monty's Pass began his education with her father, who also started the career of one of the sport's legendary horses.

She says: "We're a family operation, my father used to break and train point-to-pointers and it continued from there. He started off Dawn Run and Monty's Pass, and a few horses like that.

"We're a big family and half of us ended up working with horses. I took over at home training a few point-to-pointers, breaking horses and doing a few for the sales, and we seem to add to that each year."

That growth has been particularly noticeable this year, with larger drafts than ever before from Glen Stables for each of the main store sales. The level they have reached now is one that Harding is comfortable with, though she feels becoming even larger is not a path she wants to take.

"We've had big drafts all year and it's getting bigger every year so it's about trying to manage them at this stage to stop it from getting too big," she says.

The reasoning behind this is simple. Individual attention for the horses and clients is paramount for Harding, and if numbers became greater than they currently are, she feels that it would impact on their ability to provide this.

"We're still a small operation in comparison to some of the boys and we don't want to get too big because it's hard to give the personal touch when you get too many of them," she says. "We're as big as we want to be really." 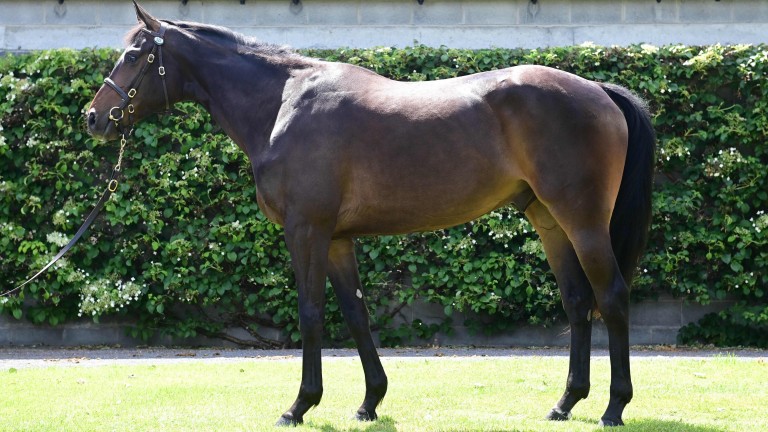 Lot 322: Gelding by Getaway out of a half-sister to Cue Card
Tattersalls Ireland

The team of 14 for the Derby Sale has been readied under the steady gaze of Harding, whose main focus is on consigning for clients, although she does buy the odd horse herself.

Whittling down the draft to a handful of horses to be singled out for particular praise is a difficult task, as the consignment at the Derby Sale has strength in depth.

A pair of geldings by Irish Derby winner Soldier Of Fortune provide Glen Stables with a strong start to proceedings on Wednesday morning.

Lot 19 is a half-brother to Lime Drop, a winning daughter of Martaline, and is a grandson of the Grade 1 Prix Alain du Breil Hurdle winner Lina Drop, who in turn is out of the Triumph Hurdle heroine Snow Drop.

Next up is a Soldier Of Fortune gelding from the family of Sun Alliance Novices' Hurdle winner Ten Plus and Feathered Leader, successful in the Royal Bond Novice Hurdle.

"Lot 36, the Soldier Of Fortune, is beautiful," says Harding. "He's so balanced and moves so well, he's a lovely horse."

For Dulohery, breeder of Mahler Mission, she consigns a Soldier Of Fortune half-sister (56) to the ill-fated Limerick Listed bumper winner Balliniska Band from the family of Champion Hurdle hero Celtic Shot and Clayside, winner of the Arkle and Scilly Isles Novices' Chase.

Tarla was a talented runner for Willie Mullins and Rich Ricci, twice successful at Grade 3 level over hurdles and once over fences, and her Milan gelding, the fourth foal out of the daughter of Lavirco, is lot 176. 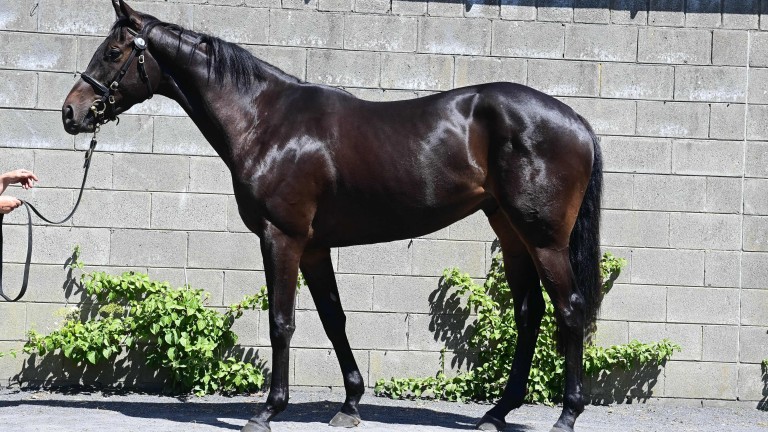 She will be quickly followed into the ring towards the close of play on Wednesday by a Flemensfirth filly out of Tocororo (188), who was Graded-placed over hurdles for Gigginstown House Stud.

Tocororo is a Teofilo half-sister to the Grade 1 Del Mar Oaks winner Red Lark out of Firecrest, who won the Listed Galtres Stakes and is a Darshaan half-sister to the dam of Swinton Hurdle winner and multiple Grade 1-placed Blue Bajan.

Harding says: "The Flemensfirth filly is lovely so hopefully she'll sell well. She's out of a good racemare and has a nice page."

Day two begins with a gelding by Gemix (209), the only horse by the dual Grade 1-winning hurdler in the sale. He is the second foal out of a winning half-sister to Saint Goustan Blue, a multiple Grade 3 winner at Auteuil who was also second in the Grade 1 Prix la Haye Jousselin. Her Malinas half-sister Malineglaces is a Listed winner.

Cue Card, who counted the King George and Ryanair Chase among his nine Grade 1 triumphs, is one of the most famous and best graduates of the Derby Sale and Harding offers a relation to the Tizzard family's star on Thursday. The son of Getaway (322) is the first foal out of a Crack On Girl, a Milan half-sister to Cue Card.

The penultimate Glen Stables horse to come under the hammer at Fairyhouse this week is sprung from the same source as Noble Yeats.

With his pedigree, he is entitled to attract a lot of interest. His dam Galshan has a perfect record with two winners from two runners. She is an unraced Anshan half-sister to Liam Burke's Grade 3 Imperial Call Chase winner Sumos Novios and to Cross Kennon, successful in the Rendlesham Hurdle at Haydock.

If Harding and Glen Stables' track record at Fairyhouse is a reliable predictor of future events, then it will not be long before more significant dates become inscribed on the family's collective memory.

Australian participation brings added spice to a meeting with everything (£)

FIRST PUBLISHED 5:01PM, JUN 21 2022
It was fantastic, the two of them winning one after the other was unbelievable really

Thriller at Hamburg as Sammarco tastes Deutsches Derby glory 'We've done all right so far' - Ken Arrowsmith on Harts Farm Stud A first winner for Master Carpenter as Princess Naomi rules at Chelmsford Bargain buy from Shadwell proving his worth with Coral Charge victory Back to where it all started for Cheltenham winner Zara Hope Yulong break rivals' hearts at €1.2m for Siyouni's German Guineas winner Txope