Brother to Grade 1 winner Stormy Island among the sale highlights 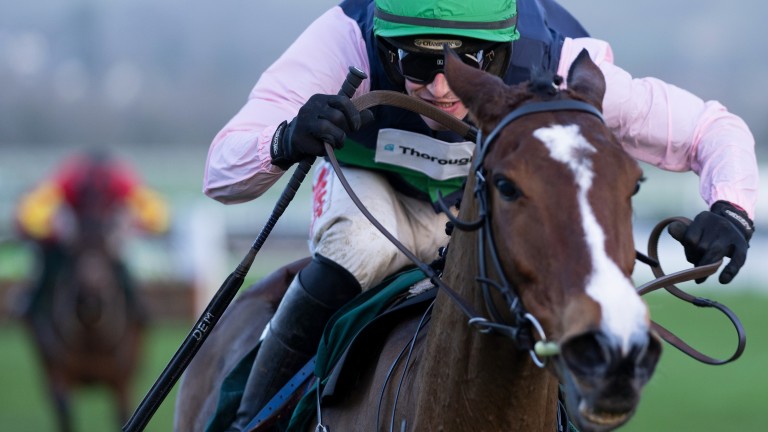 A brother to Grade 1 winner and last season's Relkeel Hurdle heroine Stormy Ireland is one of the standout names in the National Hunt section of the Arqana Summer Sale.

Haras des Cordelles' two-year-old son of Derby winner Motivator is one of 143 two and three-year-old National Hunt horses catalogued to sell on 30 June, the second session of the four day sale.

Already named Game Of Storm, the son of Listed winner Like A Storm is among seven siblings to Graded winners scheduled to go under the hammer. Haras du Ma offers a Milan two-year sister to Grand National winner One For Arthur and the Ten Up Novice Chase third Forza Milan.

Arthur Jacquemont presents a gelding by the much-missed Muhtathir, who is a half-brother to Grade 1 Albert Bartlett Novices' Hurdle winner Very Wood. Kadeau Royal is a half-brother to the Grade 3 winner Playing and to the dam of Willie Mullins' multiple Grade 2 hurdle and chase winner Easy Game. The son of Deutsches Derby winner Pastorius is consigned by Haras des Pierres Follets.

Leading sires Saint Des Saints, No Risk At All, Authorized and Kapgarde are all represented while up-and-coming stallions such as Masked Marvel have offspring in the sale.

The store section is part of Arqana's Summer Sale which begins on June 29 with breezes at Deauville before selling starts on June 30.

Blue Bresil filly heading to the US after €195,000 play trumps domestic buyers

So, just how dual-purpose have Nathaniel's recent books been?

FIRST PUBLISHED 5:42PM, JUN 10 2022
The son of Listed winner Like A Storm is among seven siblings to Graded winners scheduled to go under the hammer