Share in Zarak sells to Peter Brant for €350,000 at Arqana online 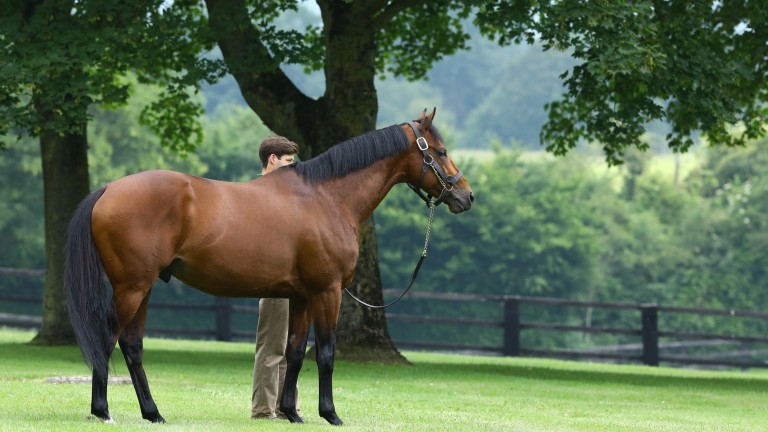 The Haras de Bonneval resident is responsible for 18 individual winners to date, including Preis der Winterkonigin winner Lizaid, German Listed scorer Parnac plus Times Square and Purplepay, who were respectively second and third in the Prix Marcel Boussac and Criterium International last season.

The winner of the Grand Prix de Saint-Cloud and second to Almanzor in the Prix du Jockey Club during his racing career, Zarak was also a narrow runner-up to Cloth Of Stars in the Prix Ganay.

Why, unbeaten in two starts including when a nine-length winner over hurdles at Pau last time out, took second top lot honours when selling to Ecurie Davide Satalia for €125,000.

Offered by Erwan Grall, the five-year-old son of Tin Horse is out of the placed Elusive City mare Albacete and from the family of Listed Prix Durtain and Prix Hopper scorer Rusquela, as well as Vosburgh Invitational Stakes winner Giant Ryan.

Ecurie Davide Satalia also went to €74,000 to secure Dungarvan, a son of Dunkerque who was second on his debut for David Cottin, while Ecurie de Cachene picked up the Listed-placed Becquascenthe, a daughter of Nombre Premier who is in foal to Doctor Dino, for €72,000.

‘Incredible’ $1.9 million I Am Invincible colt to feel right at home at Coolmore

Breeding rights to Time Test, Lope Y Fernandez and A'Ali up for grabs