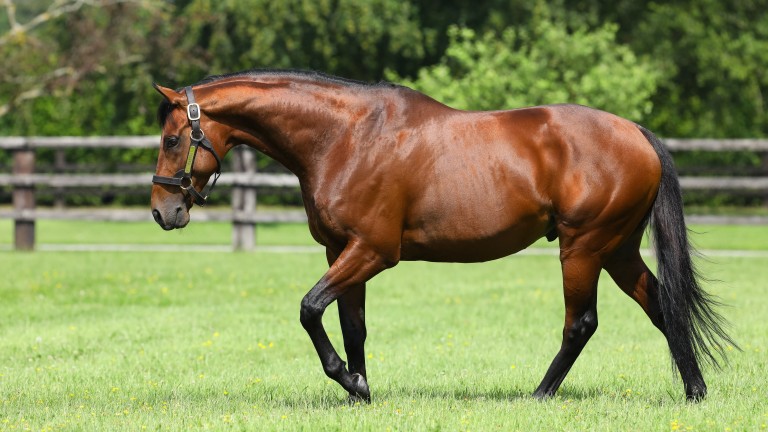 The nine-year-old responsible for the likes of Prix de Sandringham winner Purplepay and Prix de Diane runner-up La Parisienne has had his fee more than doubled to €60,000 next year.

The final price of €460,000 - an arrangement which entitles the owner to one cover every year and one additional cover every even-numbered year - was reached by the Bridge Consignment, a French-Irish entity headed by Vanessa Teehan-Rouzier of Charel Park Stud.

It also bought the 1/50th share offered in Haras d'Etreham resident Almanzor for €56,000.

A similar share in Bonneval's leading light Siyouni was unsold at €490,000 but decent deals were concluded for many others.

A 1/60th share in Haras de Colleville's prolific Goken was bought for €89,000 by Trotting Bloodstock, which also bought a breeding right to Goliath Du Berlais for €38,000.

Another 1/60th in The Great Gatsby was secured by Pegase Bloodstock for Guillaume de Saint Seine for €62,000 while Cork-based Coolmara Stables took the share in top French jump sire No Risk At All for €48,000.

FIRST PUBLISHED 5:49PM, NOV 22 2022
A similar share in Bonneval's leading light Siyouni was unsold at €490,000 but decent deals were concluded for many others