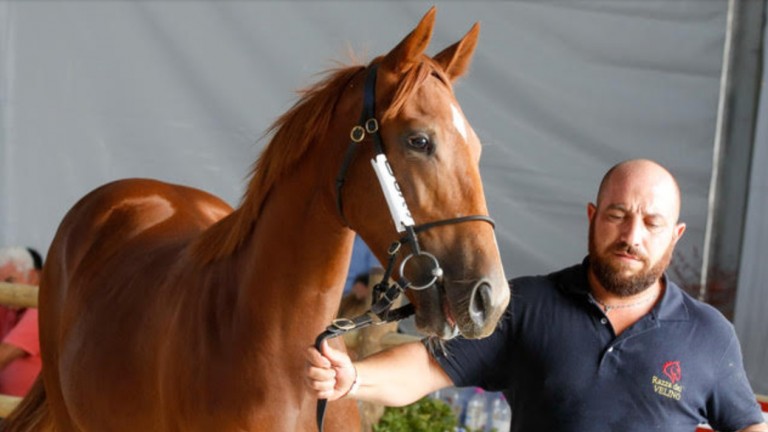 A Sea The Stars colt ensured that the top lot at the SGA Sale in Milan would remain at €120,000 for consecutive years.

The well-made chestnut made his introduction towards the end of the one-day event as lot 93, being offered by Razza del Velino and from a family that would be well-known in Italian circles.

"Sea The Stars, come on!" cried the auctioneer in English with bidding starting slowly before it caught alight in larger denominations from €50,000 upwards, eventually being knocked down to Carlo Borsani and Scuderia Cocktail, the stable of Pietro Barbarito and Giampiero Soccini.

The mid May-born individual is out of March Madness, a Noverre mare who was useful for the Botti family. She is already responsible for The Conqueror, a top sprinter who has won a hatful of Group and Listed events in Italy across the last three seasons, and Candy Store, a Group-winning Lope De Vega mare.

Almanzor has been a name on the lips of buyers in a wide range of jurisdictions throughout the last year, with Haras d'Etreham's stallion also responsible for a colt who led the way at last week's La Teste Yearling Sale in France.

Ribchester, who announced himself on the scene when winning the Mill Reef Stakes on this very day six years ago, was to have a decent result with the sale of a €64,000 colt to accomplished Italian trainer Valfredo Valiani. 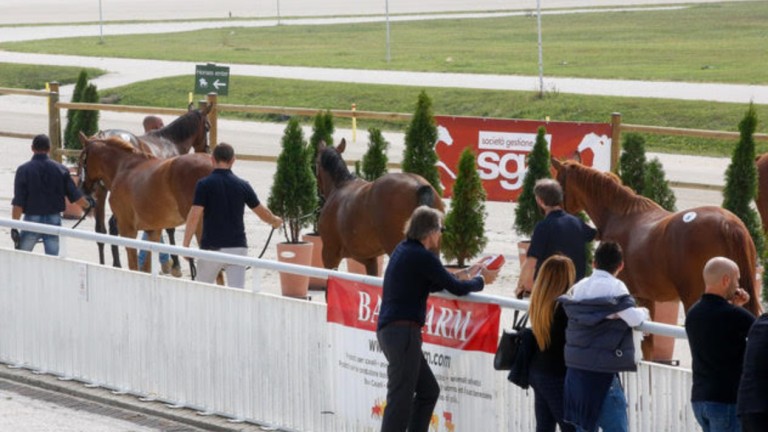 The subsequent mile champion for Richard Fahey and Godolphin has been having his first runners on the track this season from his tenure at Kildangan Stud and this particular individual had plenty to recommend about him on his page.

Offered by Velino again, he is out of the stakes-placed Barathea mare Ars Nova, who has produced two black type performers for the Botti family already in Clockmaker and Checkmark as well as having younger progeny by the likes of Zoffany and No Nay Never.

There was a decent attendance and a convivial atmosphere at La Maura racecourse in Milan, with the ring itself under a marquee, but trade appeared to be mostly focussed among the domestic market.

An early outlier was the activity by Mick Murphy and Sarah O'Connell of Longways Stables in County Tipperary, who selected a Mehmas colt for €50,000 seemingly as a breeze-up prospect.

The April-born colt named Prince Of Mehmas, from the family of Weld Park Stakes winner Rag Top, is a half-brother to Richard Hannon's juvenile winner Its The Only Way, later successful in the Listed Premio Bersaglio when transferred to Italy.

Italy's showpiece yearling sale has produced sales toppers far higher than €120,000 in less depressed times and its 2020 results had generally been pretty disappointing - notwithstanding the effect of the Covid-19 pandemic - with figures drastically down on the previous year's trade.

Although the results were again not so high as to raise many eyebrows, the situation had at least not worsened.

FIRST PUBLISHED 6:59PM, SEP 18 2021
The mid May-born individual is out of March Madness, a Noverre mare who was useful for the Botti family