The auction takes place at NOFA Quarantine on Saturday from 6.30pm local time 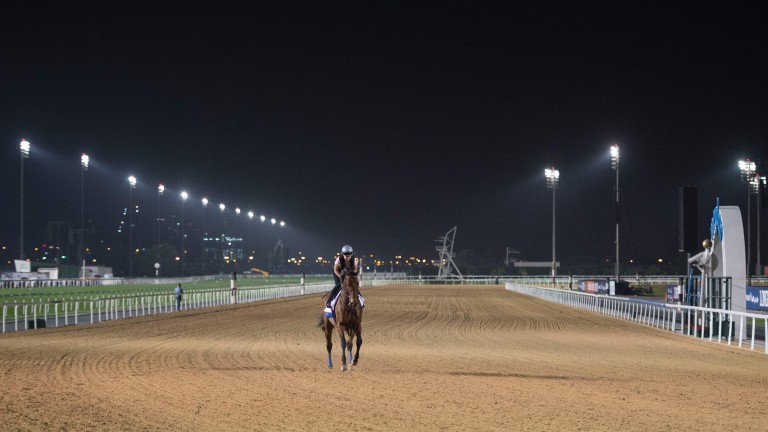 Godolphin has a sizeable draft among the 41 lots on offer for the Racing In Dubai September Sale on Saturday, a sale which was topped last year by the operation's Discovery Island, who sold to Satish Seemar for AED 600,000 (approx £120,000/€140,000).

Among the lots consigned by Sheikh Mohammed's operation this year are French Group and Listed-placed sons of Frankel and War Front in Syrtis (Lot 32) and Telemaque (38), as well as Eastern World (42), a winning Dubawi half-brother to dual Dubai World Cup winner Thunder Snow, and Act Of Wisdom (23), a winning full-brother to Breeders' Cup Juvenile Turf scorer Line Of Duty and a 1.1 million guineas purchase from Tattersalls Book 1.

The three-year-old gelding won three of his four starts for Charlie Appleby at two last year and remains lightly raced with only seven races under his belt.

'If you have a horse that ticks every box, this is what you have to pay'