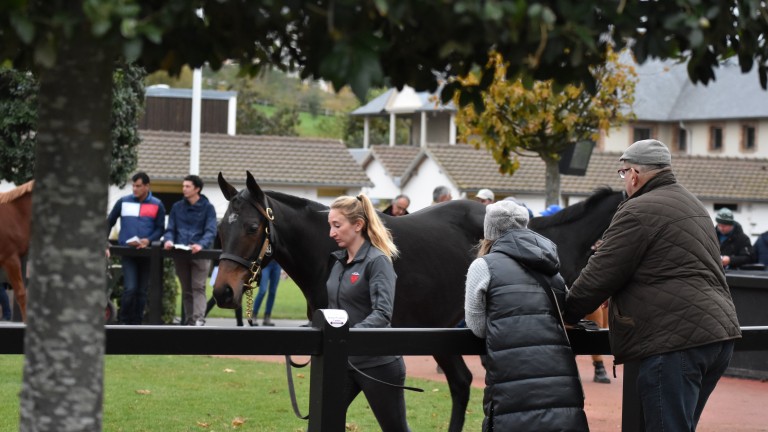 The catalogue for Arqana's February Mixed Sale has been released, which includes horses-in-training, fillies, broodmares, two-year-olds, three-year-old stores and yearlings.

The sale, which takes place on February 15 and 16, is made up of
435 lots and will start at 11am local time both days. Five wildcards will be added to the horses-in-training and broodmare sections.

On the Flat they include Anacronique (164), Wertheimer and Frère's daughter of Kizuna and Group winner Impassable, and Black Seed (176), Haras d’Ombreville's half-sister to Prix de l’Abbaye winner A Case Of You.

Among the 161 mares on offer are Balkis (154), a daughter of Galileo and dual US Group 1 scorer Harmonious who is in foal to Bated Breath; Helcia (231), a winning daughter of Olympic Glory and dual Breeders’ Cup Turf Sprint winner Mizdirection who is carrying to Mehmas; Middle East (283), a stakes-placed Frankel three-parts sister to Nayef Road and in foal to Ectot; and Crystal Reef (411), a half-sister to Reefscape, Coastal Path and Martaline. She is offered in foal to Doctor Dino.

Progeny by Australia, City Light, Cloth Of Stars, No Nay Never, Saxon Warrior, Territories, Wootton Bassett and Zarak are among 84 yearlings and 31 two-year-olds that will go under the hammer from both disciplines.

Beaumec De Houelle, Doctor Dino, Goliath Du Berlais, No Risk At All and Saint Des Saints are some of the jumps sires with youngstock on offer.

Rosemont and Moody's love affair with Frankel continues as pair go to A$950,000