Progeny of Le Havre, Mehmas and Almanzor are included 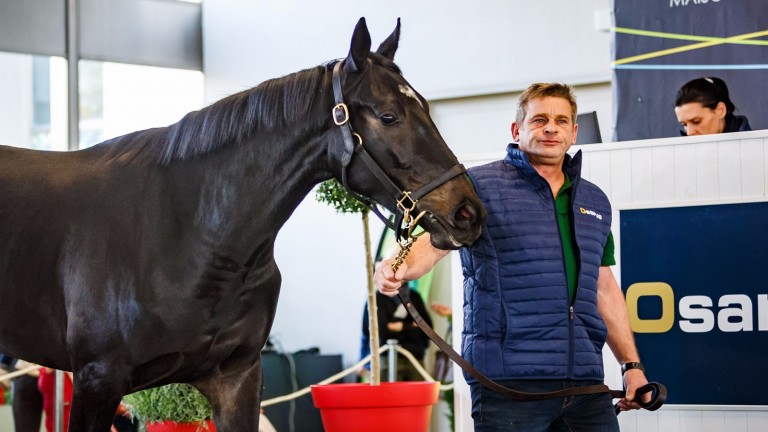 The Osarus yearling sale will be held in mid-September
Zuzanna Lupa / Osarus
1 of 1
By Bloodstock World Staff UPDATED 11:43AM, JUL 15 2021

The catalogue for the Osarus Yearling Sale has been published, with 279 lots registered for the catalogue now online for the La Teste event between September 14 and 15

It includes progeny of the likes of Le Havre, Mehmas, Kendargent, Anodin, Dabirsim and Lawman plus young sires such as Al Wukair and Almanzor.

The largest consignment comes from Haras des Faunes (29), who will offer lots including a Kheleyf filly who is closely related to Goken.

A 13-strong draft from Haras de la Haie Neuve includes a filly by Seahenge who is a half-sister to Del Mar Oaks winner Fatale Bere, while Haras de l’Hotellerie has a Recoletos half-sister to German Group 3 scorer Theo Danon.

Who possesses the sire power to succeed the great Galileo?

Funstar bought by Northern Farm for online record price of A$2.7 million

FIRST PUBLISHED 11:19AM, JUL 15 2021
Other possible highlights include Haras de Grandcamp's filly by Dream Ahead out of a half-sister to Group 1 performer Argentina