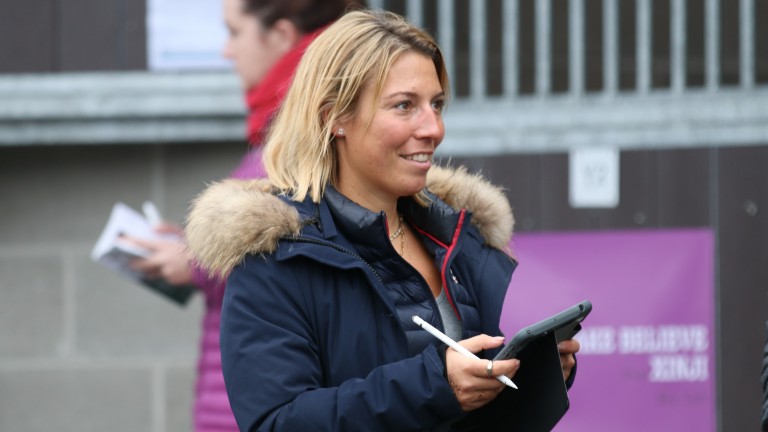 Katharina Irmer has been a regular visito to Goffs in the past
Goffs
1 of 1
By Bloodstock World Staff 3:04PM, JAN 24 2023

Born and raised in Germany, Irmer is former amateur and apprentice jockey who rode winners for numerous trainers and owners at home before moving to Newmarket to work for Simon Crisford for two years.

She graduated from the world renowned Irish National Stud Course in 2017 before joining the team at Arrowfield Stud in Australia and has worked sales seasons for Chasemore Farm, Grove Stud, Castlebridge, and was sales assistant to Anthony Stroud as well as Richard Brown of Blandford Bloodstock.

Irmer has purchased winners under the Renello Bloodstock banner on behalf of German clients, while she has also enjoyed pinhooking success in partnership with Jerry Horan and Dolmen Bloodstock.

"Katharina’s impressive industry experience and enthusiasm is a great fit for Goffs and we look forward to working together to bring more new and existing German buyers to Kildare Paddocks.

"I would also like to acknowledge the contribution of Matthias Seeber over recent years and wish him continued success in his new role at Hanover racecourse."

Irmer added: "Goffs has an unrivalled reputation for quality and customer care and I am excited to be the point of contact for all German clients.

"I have strong connections with many German owners, breeders and trainers and am proud to represent Goffs as we aim to grow this market."

FIRST PUBLISHED 3:04PM, JAN 24 2023
Goffs has an unrivalled reputation for quality and customer care and I am excited to be the point of contact for all German clients