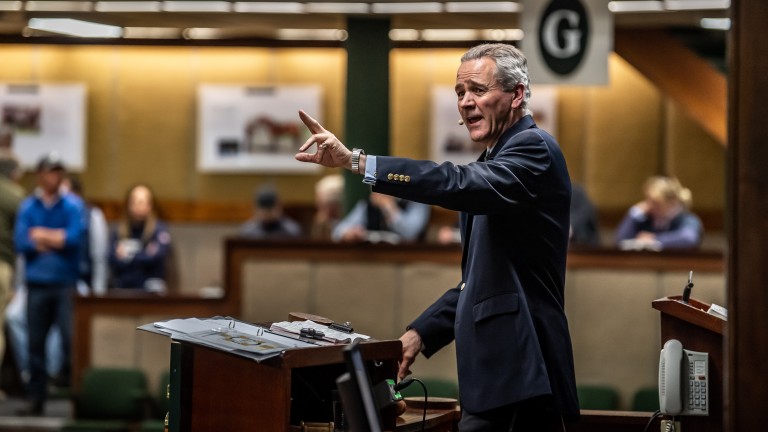 Given the results-driven nature of the bloodstock industry, plenty will be content to consign the 2020 renewal of the Goffs Orby Sale to the past. The auction had been on a sustained upward trajectory in recent times, but last year's edition bore little resemblance to what had come before.

But that was then and this is now, and with the Orby back on home soil and with much of the Covid-19 related disruption that beset last year a thing of the past, this year's edition promises to be a different beast altogether.

"We believe we can put last year behind us," says Goffs group chief executive Henry Beeby. "We've been well supported by vendors, who gave us a lot of good feedback. We've also got a very good bunch of potential purchasers on the ground looking. It's always a slightly nerve-wracking time just before a sale, but when you put those two things together you've got to be hopeful."

Beeby has been admirably frank in his assessment of last year's Orby Sale, a stance that cannot have been easy to take considering so many of the contributing circumstances were entirely out of Goffs' hands. 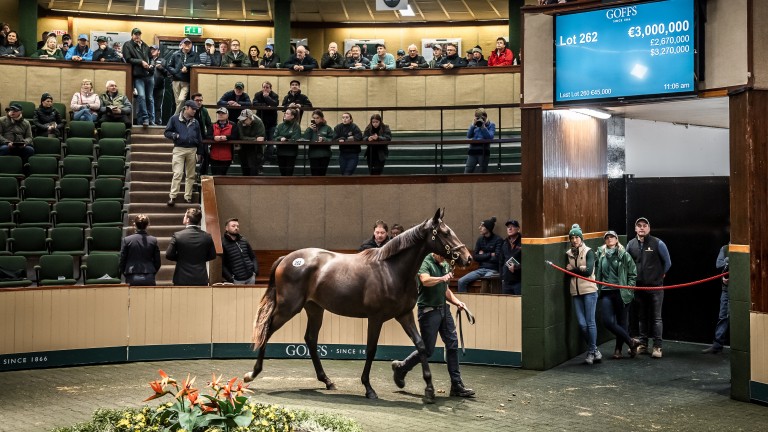 There have also been deeds as well as words, as he explains the team have taken a range of measures to ensure that this year's Orby proves more fruitful than the last, including appointing well-known industry names Jacob West, Mark Richards and Amanda Zetterholm as agents in key markets in the US, Britain and France.

"We've accepted last year, there's no point being defensive about it because it didn't go well," says Beeby. "But we had to reassure vendors that we have listened and learned and regrouped. Although people understood that, to an extent, a lot of it was out of our hands last year, there was a feeling that some of it perhaps could have been avoided.

"So we had to demonstrate to vendors that we have been proactive in our reaction and, happily, I can say the vendors embraced that and have really got behind us."

US interests in particular have had an increasing impact on the European yearling market in recent years, and Beeby expressed his optimism that, aided by Goffs' overseas representatives, this year's sale would provide a platform for more worldwide trade.

"There are some significant groups of American buyers that Jacob has attracted here, hopefully they like what they see and we'll see their names on the buyers' sheet in due course, " says Beeby. "We'll also be engaging online with the people who can't get here, particularly some buying groups from Australasia, who Mark Player has worked hard to get involved with agents on the ground." 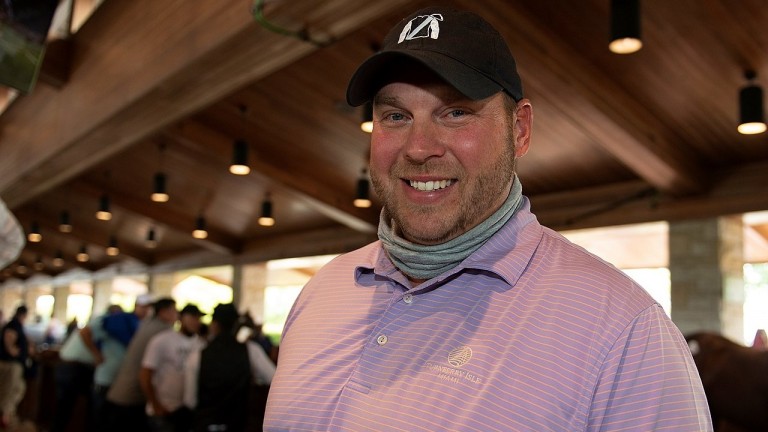 Goffs have also dangled a considerable carrot in front of prospective purchasers with the reintroduction of the Goffs Million race, which will be the richest two-year-old contest run in Europe in 2022 with a prize fund of €1,000,000.

On the Goffs Million concept, Beeby says: "It's going to be Europe's richest two-year-old race, and we've added a €100,000 bonus if the winner goes on and wins a Group 1. When I was discussing the idea with one notable breeder, he said to me, 'Henry, if you put on a race like that, it's not that people will want to come, they'll have to come.'

"Everybody has said it's a great opportunity and we believe and hope that syndicates have been put together to focus entirely on the race, and that's in Ireland, Britain and the US. We toyed with other ideas, bonuses and other things, but we wanted a focal point, something we could point to which is uncomplicated and specific."

Despite the outlook earlier this year, with a move to Park Paddocks being mooted after Irish authorities rescinded the British buyers 'bubble' just hours before the start of the Tattersalls Ireland Derby Sale, the Orby has returned to its rightful place and is being conducted under virtually normal conditions.

"We're just overjoyed to be back in Kildare Paddocks," says Beeby. "And I think that's a unanimous feeling from everyone on the ground. We call it the Irish national yearling sale because that's what it is. It's very important to the country and the bloodstock industry in Ireland and I hope it's going to live up to its billing.

"I accept that Newmarket is a wonderful place, but I've spent 39 years telling people that there is an alternative. Being in Kildare Paddocks is what we're all about so it would've been heartbreaking if we had not been able to do that again. We're delighted to be here and the place is buzzing."

Although there is a smaller catalogue this year, the identities of the sires with progeny on offer point to their being no shortage of quality. There are four yearlings by Galileo, two by Dubawi, three Frankels, eight by Kingman, 13 Lope De Vegas, 14 by Sea The Stars and 15 Dark Angels.

Given that sire profile the catalogue did not really need enhancing further, but it received a couple of notable boosts during the weekend when Perfect Power landed the Middle Park Stakes and Luxembourg ran away with the Beresford.

A Kodiac three-parts sister to the former is offered by Tally-Ho Stud as lot 214, while The Castlebridge Consignment presents a Camelot brother to next year's Derby favourite Luxembourg (366). There are also siblings to recent Classic winners Mother Earth (117) and Poetic Flare (120), as well as fellow Group 1 scorers such as Channel (110), Laws Of Indices (216), Lucky Vega (196) and Persuasive (408).

"I think it's certainly taken a significant step in the right direction," says Beeby when asked if the catalogue was back to the standard seen in 2018 and 2019. 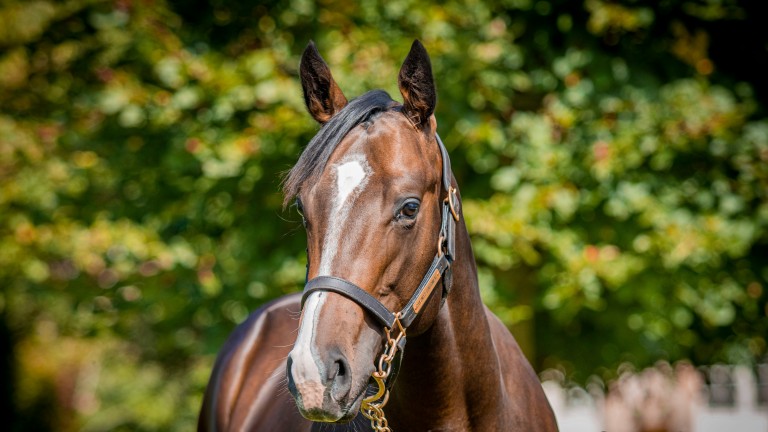 "I think the individuals are certainly back to that level and there's some pedigrees that would definitely match up. We are indebted, even more so this year than usual, to Irish breeders, because a lot of them didn't have a good time with us last year. It's always a leap of faith and an issue of trust but I believe they've done us proud."

Although the period following last year's renewal has not been without its challenges, the success past Orby graduates have enjoyed on the track in 2021 has continued to show just how important an event the sale is, with the likes of Creative Force, Mother Earth, Raging Bull, Queen Supreme, Romantic Proposal and Winter Power all landing major prizes.

While Beeby was pragmatic in his predictions ahead of the two days of selling, his assessment of the product on offer lacked nothing in confidence.

"We're shaping up for a sale, certainly of recovery and hopefully of development," he concludes. "There'll be some very good horses coming out of this sale though, there always is because the Irish breeders breed the best."

The two-day Goffs Orby Sale begins on Tuesday, with sessions starting at 10m.

FIRST PUBLISHED 5:01PM, SEP 27 2021
Being in Kildare Paddocks is what we're all about so it would've been heartbreaking if we had not been able to do that again