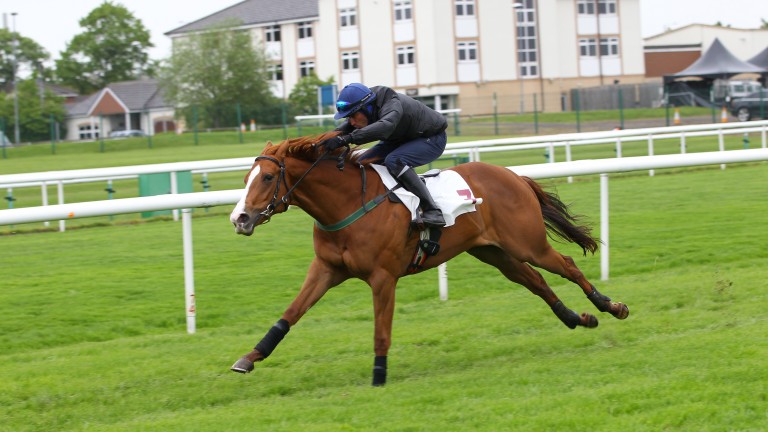 Malvath struts her stuff at the Arqana Breeze-Up Sale held in Doncaster last May - the filly is now a dual Group winner
Steve Davies
1 of 1
UPDATED 10:35AM, MAY 14 2022

After a two-year Covid-enforced stint in Doncaster, the Arqana Breeze-Up Sale is finally back on home soil and it is not just the prospect of French cuisine, a chilled glass of rosé and a stroll along the beach that will have buyers chomping at the bit to get back to Deauville.

This year's catalogue contains 152 lots and, for a flavour of what's on offer, the standout pedigrees include a No Nay Never brother to Ten Sovereigns from Mocklershill (lot 55), a Kingman colt from the prolific Swiss Lake family offered by Oak Tree Farm (72) and a Lope De Vega sister to the high-class Lope Y Fernandez from Church Farm and Horse Park Stud (107), to name but a few.

It is little wonder that vendors feel emboldened to invest in this calibre of stock with a view to breezing in Deauville as, despite the disruption of the last two years, the Arqana Breeze-Up Sale has maintained a steep upward trajectory.

A key piece of supporting evidence comes in the form of the average and median prices at the last two renewals, which were not bettered at any European breeze-up in 2021 and 2020.

In an illustration of how far the Arqana Breeze-Up has come, last year's sale produced an average of €140,473, which is well over double the corresponding figure of €62,090 from ten years earlier.

Moreover, the sale has also been responsible for the most expensive breezer sold in Europe for each of the last three years, with the winning and Group 3-placed Chancellery claiming the honours in 2021 having fetched £675,000 from Godolphin.

A detailed examination of the previous purchase prices of the lots on offer reveals that the Arqana Breeze-Up Sale boasts the highest average pinhook value among this year's European auctions, which leaves the event poised to retain its market-leading position.

The Tattersalls Craven Sale catalogue had an average pinhook value of £53,550, which in turn yielded turnover of 11,939,500gns and an average of 115,917gns, figures that lead the way among this year's European breeze-ups to date.

The Arqana pinhooking average clocks in at a punchy £59,990, which is 12 per cent higher than the corresponding figure at the Craven and fully 119 per cent greater than at Doncaster. Of course, these numbers not only reflect the quality of stock on offer but consignors' desire to keep investing in blue-chip prospects for the Deauville Breeze-Up. 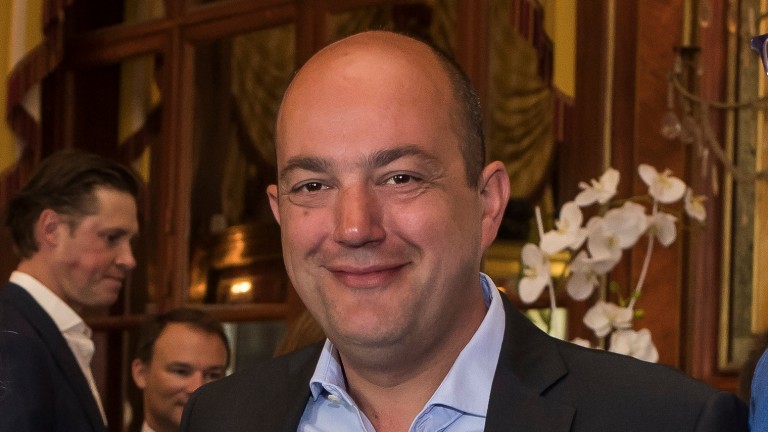 Freddy Powell: team has been impressed by quality of stock set to sell on Friday
Patrick McCann

"I have to say how impressed we have been by the resilience of the consignors when it comes to buying horses over the last few years when they didn't know if there was even going to be a sale the next spring," said Freddy Powell, executive director of Arqana. "That's something we're very impressed by and very grateful for."

The Arqana team had to conduct virtual inspections for the previous two renewals of the Deauville Breeze-Up Sale, but with much of life returning to normal, Powell and his colleagues have been back on the road to cast their eye over the two-year-olds for this year's catalogue.

"We did our inspections in January and February and even then, when we were out in Ireland, England and France, we were impressed by the quality of stock the vendors were showing us," he said. "You can't always say it's the best year ever, but we had the feeling that the standard we saw was very high.

"It's a strong renewal on paper and we're very happy with the horses we've seen since they arrived last Sunday - there's a very positive vibe here. It's lovely to be back in Deauville and it's lovely to see a smile on everybody's face as they're happy to be here too.

"It's been sunny for the last couple of weeks and the ground [for breezing] is good, good to soft, so vendors are pretty happy with conditions, which is always a victory before the sale."

The breeze-up industry at large appears in rude health after a buoyant round of sales in Newmarket and Doncaster, while the on-course results have shown no sign of slowing, with 1,000 Guineas heroine Cachet, a graduate of Hyde Park Stud's 2021 Craven Sale draft, the sector's latest Group 1 winner.

Previous Arqana graduates have done their bit to uphold the good name of the breeze-ups in recent times, with the likes of Malavath winning the Criterium de Maisons-Laffitte and Prix Imprudence, Rockemperor striking in the Joe Hirsch Turf Classic, Duhail winning the Prix du Muguet and Summer Romance claiming the Balanchine at Meydan.

"It's been a very good few months for breeze-up horses all over the world, no matter where they come from," said Powell. "That really gets it into people's minds and it's no longer the case that the odd good horse will come out of this kind of sale, like it used to be, now it's all the time. There are Classic contenders every year coming from the breeze-ups." 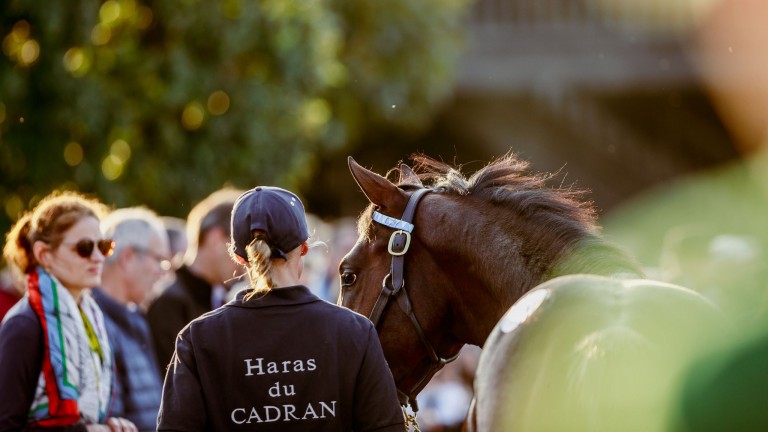 Recent renewals of the Arqana Breeze-Up have drawn an international buying bench, with juveniles sold to interests from Australia, the US and the Middle East in significant numbers, as well as buyers from throughout Europe. Powell said he was hopeful that plenty of familiar faces will be in Deauville this week as the sale looks to consolidate the major gains made in recent years.

"There's a very similar profile of clients to usual, although there's probably more from the Middle East than before," he said. "The Goffs sale in Dubai was good for everyone involved in the breeze-ups in Europe as it showcased these sales to some people who maybe didn't know too much about them.

"That will have definitely helped people get more familiar with the process, and that's a very positive development for everyone.

"You never know for sure, especially with a variable like the breeze, but all the signs are positive so we're quietly confident."

When Selling begins at 2pm local time on Friday

FIRST PUBLISHED 1:18PM, MAY 12 2022
You can't always say it's the best year ever, but we had the feeling that the standard we saw was very high