Italian Guineas winner and Derby runner-up are among the wildcards 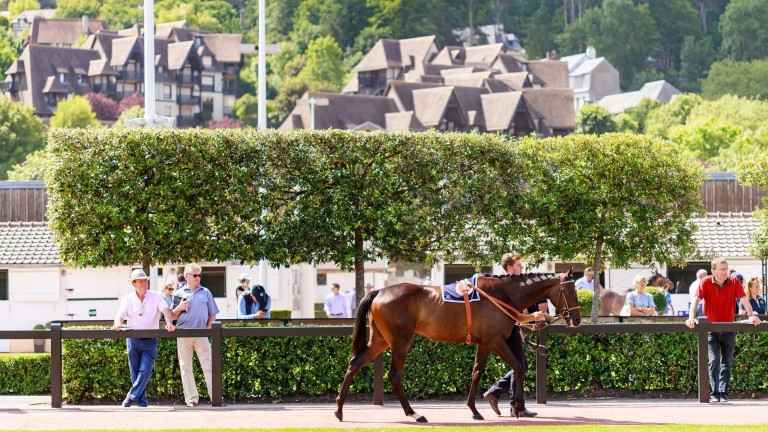 Nine horses in training have been added as wildcards to Arqana's upcoming Summer Sale, alongside a mare in foal to No Risk At All and a black type filly.

The sale will take place from Tuesday, June 29 to Thursday, July 1 in three sections - including the breeze, unraced two-year-olds and stores plus the breeding stock section - while the Channel Consignment will now offer four lots from trainer Roberto Biondi.

Among the additions are Italian Group 3 winner Elisa Again (Lot 287), a a Champs Elysees half-sister to the Group 1-placed Berkshire Rocco who won a Listed contest on her most recent start, Italian Derby runner-up Juan De Montalban (488), a son of Lope De Vega from the family of Angara and Actrice, plus the Listed-winning Italian St Leger third Agnes (502), a daughter of Planteur and from the family of Dubai Millennium and Ribchester.

Another eyecatching wildcard lot is Biondi's recent Italian 2,000 Guineas scorer Fayathaan (503). The son of Mehmas started his career with Richard Fahey and Mark Loughnane in Britain before transferring to Italy in April.

The Summer Sale will begin at 1pm local time on the Tuesday, while the catalogue can be viewed here.

FIRST PUBLISHED 4:41PM, JUN 17 2021
The son of Mehmas started his career with Richard Fahey and Mark Loughnane before transferring to Italy in April