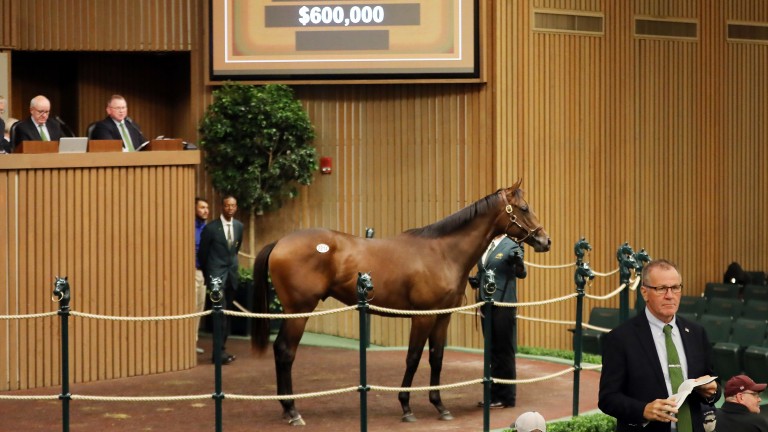 The session-topping Candy Ride colt at Keeneland
Keeneland photo
1 of 1
By Frank Angst and Lauren Gash of Bloodhorse 10:43AM, SEP 20 2022

A strong opening session ushered in Book 4 at the Keeneland September Yearling Sale, led by a $600,000 standout son of Candy Ride, selling to Kim Lloyd, agent for Talla Racing.

Huckabay's hopes of selling the colt out of a later session, where he could shine, were realised when the colt topped session seven. Out of the Maclean's Music mare Essentially, a half-sister to a pair of stakes winners, including 2004 Darley Alcibiades and Golden Rod stakes winner Runway Model, dam of multiple Grade 1 winner McKinzie. 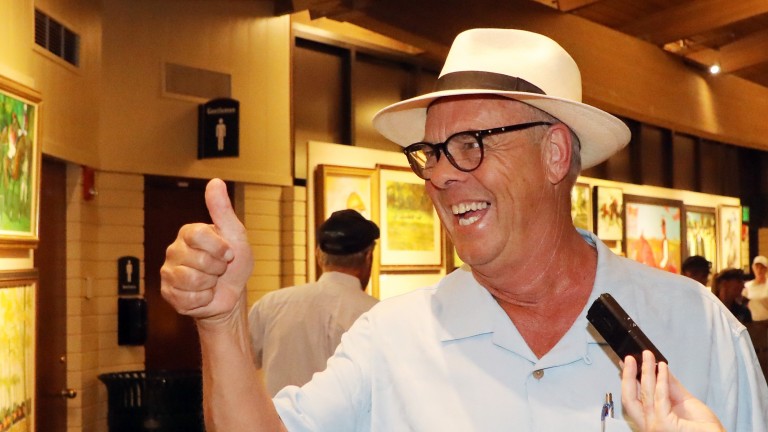 Lloyd signed the ticket on behalf of Talla Racing and said they plan to eventually send the bay colt to southern California-based trainer John Sadler.

"I told Mike and my friend John Moynihan that he's the best young Candy Ride I've seen…I was saying to them, 'This is a Book 1 horse in Book 4.' You never see that. So it's very exciting."

The Book 4 placement did not slow the steady flow of onlookers interested in the colt.

Huckabay said: "He's been a rock star here at the sale. Everyone asked why he was back so far, and it was just that we thought that if we moved him back in the sale, he could be a rock star, and he was. The sale was spotty early for us, but the past two books have been great."

The Maverick Racing-Siena Farm partnership made three purchases on Monday for gross receipts of $825,000, at an average price of $275,000 to be the day's leading buyer.

McPeek said: "We didn't do a lot of business in Book 1 and a little bit in Book 2, but I have a lot of good clients that have purchased since. We have been buying about three daily, and it's been good, the ones that I have I really liked.

"I got some for what I thought was a reasonable value. Now, as we are getting into these later sessions, the horses I'm fond of, I'm finding it's even easier to get for my clients."

"I don't have a specific number, and I'm sticking to the ones I like, pass the vet, and have the physicals that grab me," he added. "We're trying to pick out what I think are the better ones on those particular days, and hopefully we are right." 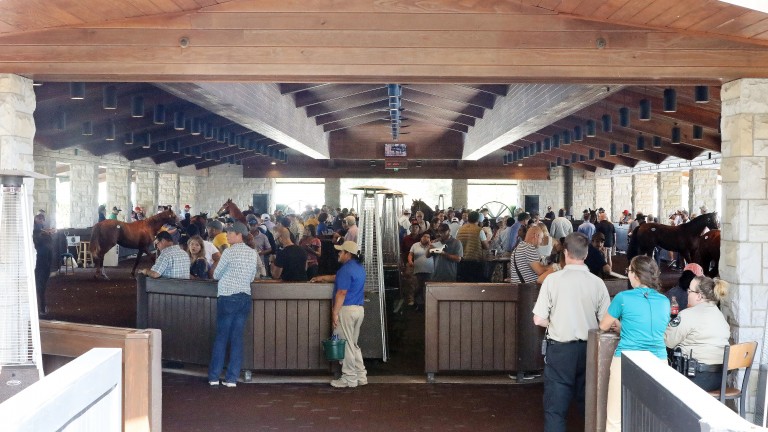 Gainesway closed out the seventh session selling 27 horses for gross receipts of $2,827,000, good for an average price of $104,704, to be the session's leading consignor by gross.