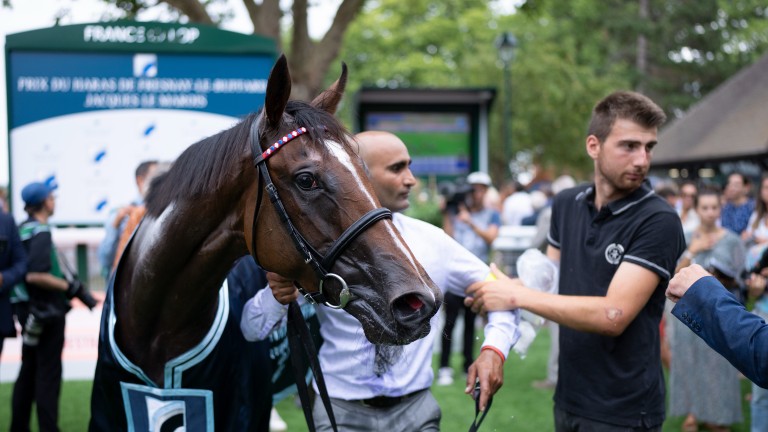 Cheveley Park Stud's record over the years is enviable and, following a tremendous season on the track which has included wins for Inspiral in the Coronation Stakes and Prix Jacques le Marois, the Newmarket operation is ready to make its presence felt at Book 1 of the Tattersalls October Yearling Sale with four regally bred lots heading under the hammer next week.

In a season which has also included Group and Listed-race wins for high-class fillies such as Lights On, Potapova, Bashkirova, Sacred and Benefit, the attention of Patricia Thompson's stud is now turning to the yearling sales down the road at Park Paddocks.

Bloodstock manager Matthew Sigsworth said: "It's a little bit smaller than our usual draft but very select. We've got four lovely colts going to Book 1, they're a good solid bunch who are very straightforward horses and we're looking forward to getting them down there."

Quality runs through the quartet, with a Siyouni half-brother (232) to the team's triple Group 1 winner Inspiral among them.

As the morning mist lifts @CPStudOfficial…

The daughter of Frankel, whose unbeaten juvenile season included a win in the Fillies' Mile, has further lit up the page of the pair's dam, the winning Starscope, who was placed in the 1,000 Guineas and Coronation Stakes.

Further back in the page, under the third dam, the Sweet Solera Stakes winner Mystic Goddess, is Eclipse winner and Group 1 sire Medicean.

"He's got the same physical presence as Inspiral, he really fills the eye, and he's got a good temperament too. He's done really well during the prep and is coming along all the time."

Persuasive was another fine flagbearer for the famous silks of Cheveley Park, with her most notable success coming in the Queen Elizabeth II Stakes in 2017, and Sigsworth reported her Dubawi colt (127) to be "the best she's had so far".

He added: "He's a good size and, like so many by his sire, he has a really good mentality."

The March-born colt is a half-brother to Persist, who further boosted the page with a gritty success at Haydock this month. By Frankel, the three-year-old is likely to remain in training with William Haggas next year.

Sigsworth said: "The colt got a nice update the other day with Persist winning for the second time. William thinks she's well capable of winning again and getting some black type at some point; she's improving all the time."

There is also the exciting prospect of those two yearlings receiving Champions Day updates, with Inspiral heading to the QEII and the Dubawi colt's close relation Creative Force among the market leaders for the Champions Sprint, a race he won 12 months ago. 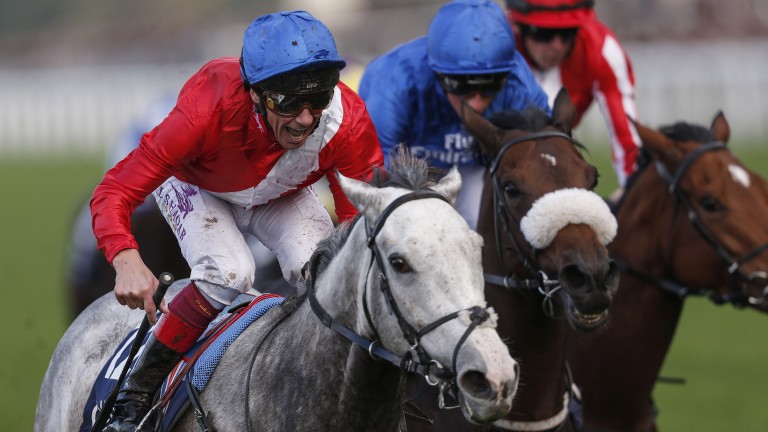 Sigsworth added: "This colt's two-year-old half-brother, Theory Of Everything, is with John and Thady Gosden, while he's very closely related to Creative Force, who is nearly favourite for the Champions Sprint to defend his title.

"Inspiral is on course for the QEII, so the two colts could have updates rather quickly on the page, some ten or 12 days later."

The first into the ring of the pair, lot 174, is out of Sacre Caroline - a half-sister to American superstar Lady Eli - making him a half-brother to Sacred, winner of the Hungerford Stakes last year and back to form with a wide-margin victory in a Listed event back at Newbury a fortnight ago.

Sigsworth said: "Sacred returned to something like her best at Newbury and she's got an entry in the Challenge Stakes. There's a possibility she may stay in training, but that's not decided yet.

"The Sacre Caroline is a lovely colt and a full-brother to A Dublin Lad, who made 300,000gns from Book 1 last year. He's with the Gosdens, is owned by Saeed Suhail and makes his debut on Saturday."

Last but by no means least is the Ulysses colt out of American stakes winner Fools In Love (487).

The full-brother to the winning Homeric and half-sibling to Grade 1 Jockey Club Gold Cup winner Max Player and Champagne Stakes winner Seahenge has done nothing but improve, according to Sigsworth.

"He's a lovely individual from a great American family and he's coming along all the time; he's turned himself inside out the last few weeks through the prep," he said.

"The mare's two-year-old Frankel filly, Love Story, is another in training with the Gosdens."

'We all know owners need luck and, fortunately, Shaikh Khalid seems to be lucky' (£)

FIRST PUBLISHED 3:34PM, SEP 30 2022
The Siyouni is a lovely bodied colt who is very imposing and moves well. He's got the same physical presence as Inspiral