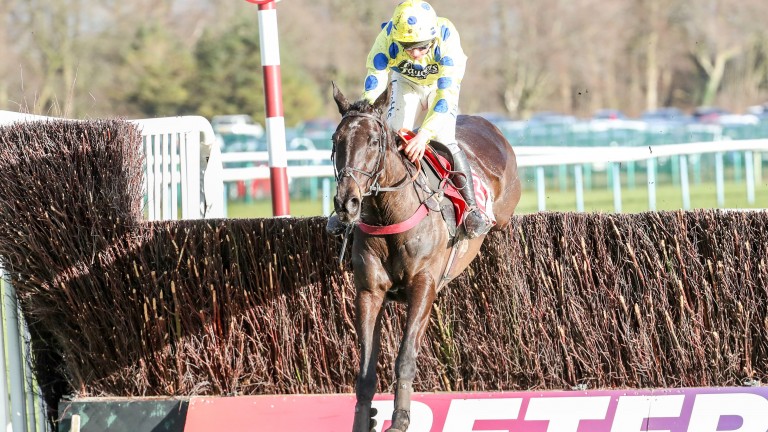 A half-brother to the high-class staying chaser Yala Enki was the headline act at Tuesday's Osarus National Hunt Sale after selling to agent Joffret Huet for €125,000.

The five-year-old Grace A Vous Enki has some classy form in the book including two wins over fences and a third in the Grade 3 Prix Morgex at Auteil in November, a flagship French four-year-old chase.

Consigned by trainer Dominique Bressou, Grace A Vous Enki is by Dream Well, a French and Irish Derby-winning son of Sadler's Wells for Pascal Bary and himself the sire of 2019 Supreme Novices' Hurdle scorer Klassical Dream. He is out of Cadiane, an unraced daughter of Cadoudal and the dam of three winners so far.

Easily her best-known offspring is Yala Enki, whose wins in the Grade 3 Grand National Trial at Haydock and Kempton's Lanzarote Hurdle have propelled him to over £360,000 in prize-money.

The 11-year-old, formerly with Venetia Williams, was recently third in the Welsh Grand National for Paul Nicholls, his third consecutive placing in Chepstow's marathon showpiece.

Figures were some way down overall at an event which had been postponed from November. After significant withdrawals 43 of the 84 horses sold for a clearance rate of 51 per cent, compared with 72 per cent at the previous edition, for a total of €471,000.

Coolmore land a A$1.9 million knockout blow on day one at Magic Millions

Budget option to blue-chip operator: why this could be Kodiac's biggest year yet (£)

FIRST PUBLISHED 11:24AM, JAN 13 2021
Easily her best-known offspring is Yala Enki, whose wins in the Grade 3 Grand National Trial at Haydock