Lope De Vega, New Bay, Waldgeist and Make Believe all to the fore on Wednesday 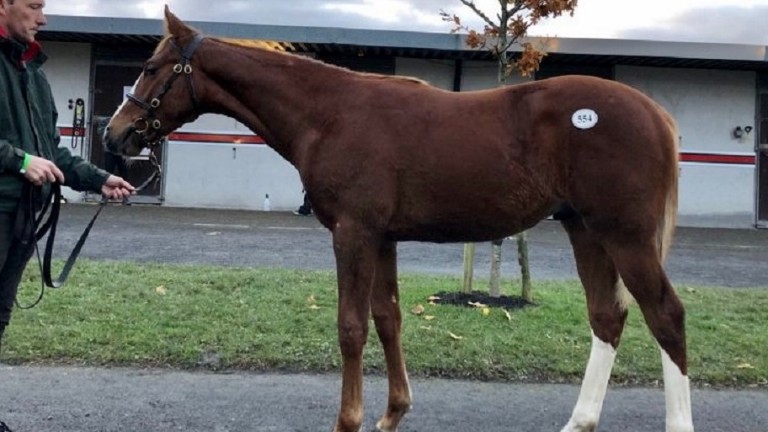 “The Ballylinch sires are having a good day,” remarked the stud’s managing director John O’Connor after purchasing a filly by the farm’s kingpin Lope De Vega at Goffs on Wednesday afternoon.

It was a slight understatement, for the Ballylinch stallions enjoyed an excellent day in the sales ring.

Lope De Vega, a member of the global elite, is currently top of the tree at the picturesque and historic farm, but there are up-and-coming sires in the ranks who are helping position Ballylinch as one of Europe’s leading stallion stations.

New Bay is one of the best young stallions in Europe, with 56 per cent winners to runners from his first two crops and a Group 1 star in Saffron Beach, victorious in the Sun Chariot Stakes.

Three members of his fourth crop sold during the third session of the Goffs November Foal Sale, achieving an average of €108,333 and a top price of €200,000 for lot 554, a half-brother to this season’s Group 2 Futurity Stakes third The Acropolis.

Offered by The Castlebridge Consignment on behalf of breeder Hamwood Stud, he was knocked down to Mimi Wadham and Violet Hesketh of WH Bloodstock, and Wadham remarked that he was the best-looking foal by New Bay she had seen.

“New Bay’s stats are exceptional and at the moment, in terms of the applications for next year, it’s going to be an exceptional books of mares,” smiled O’Connor. “You have to get lucky when you have more than one good horse at the same time and hopefully, touch wood, they will continue to be successful.”

First impressions count and for sires with their first foals that initial impression can have a lasting impact. Waldgeist, who denied Enable her unique place in history by defeating the champion in the 2019 Prix de l’Arc de Triomphe, could not have created a better first impression with his foals and that has been reflected in the prices they have reached at Goffs this week.

Two fillies by the Group 1 winning two-year-old were offered during the third session of the November Foal Sale, and both had paddock potential inbuilt to their pedigrees.

Swordlestown Little’s Waldgeist filly has impressive broodmare credentials as she hails from the Aga Khan’s famed family of Enzeli, Estimate, Ebadiyla and Edabiya. Lot 534 is out of a Listed placed half-sister to the dam of champion Taghrooda and will eventually retire to Jim Bolger’s exquisite broodmare band after first racing for his wife Jackie following her purchase by granddaughter Clare Manning for €180,000. 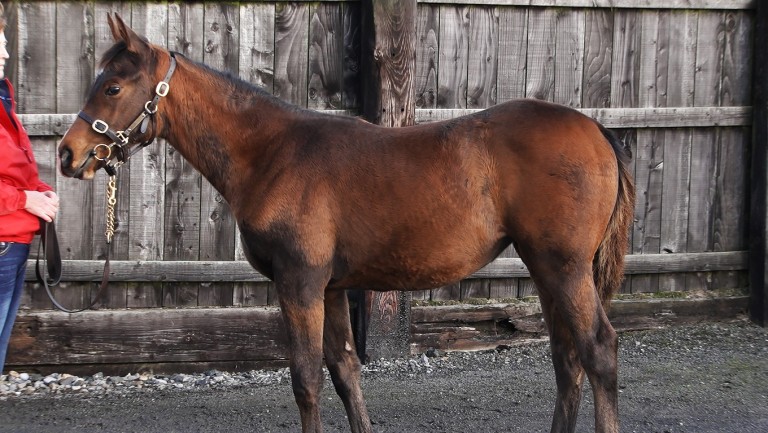 Ballylinch themselves offered a Waldgeist filly at Goffs on Wednesday that made €80,000 to EBS. The February-born bay is the first foal of Group 3 Prix Vanteaux winner Barkaa by Siyouni, so bred on a variation of the highly successful Galileo – Siyouni cross.

O'Connor said: “Waldgeist has really impressed with how he has started off and the way that his foals move means an awful lot to me.

"I think that when you get lovely free-moving horses with good action and athleticism, it gives a stallion a great chance to get a good start, and we are very pleased with what we have seen.

"He has been given strong support by his owners – Ammerland, Newsells and ourselves – we have given him a great opportunity in terms of mares, and he has been well supported by very good breeders too."

In addition to that easy athleticism, the maturity and professionalism displayed by Waldgeist’s foals so early in their lives is another positive attribute that should serve them well in their racing careers.

“They have lovely minds too, they just seem to be brave horses that go and do anything you ask them to do,” O’Connor said.

“I see some of the best signs that you get from the nice Galileos coming through and it’s great that it is passing through from one generation to the next, and with a bit of luck they will have the ability as well.”

Also getting in on the six-figure action at Goffs during the third session of the November Foal Sale was Make Believe. The sire of multiple Group 1 winner Mishriff had a single representative sell on Wednesday, a filly from the same family as Waldgeist’s most expensive filly.

Lot 544 was consigned by the Irish National Stud and is a full-sister to Listed Prix Isonomy winner Tammani out of Gentle On My Mind, who is a Sadler’s Wells full-sister to the dam of Taghrooda. She was bought by Manor Farm for €120,000, which is ten times Make Believe’s 2020 covering fee.

O'Connor said: “Make Believe is continuing to build up his books and the quality of his mares has improved significantly over the last couple of years, which is promising for him. It’s an exciting time."

Frankel half-sister to Sea The Moon rockets to €550,000 top-lot status

FIRST PUBLISHED 11:04AM, NOV 18 2021
New Bay’s stats are exceptional and at the moment, in terms of the applications for next year, it’s going to be an exceptional books of mares