Envoi Allen, Monkfish and Shishkin all graduated from the Cheltenham Sales 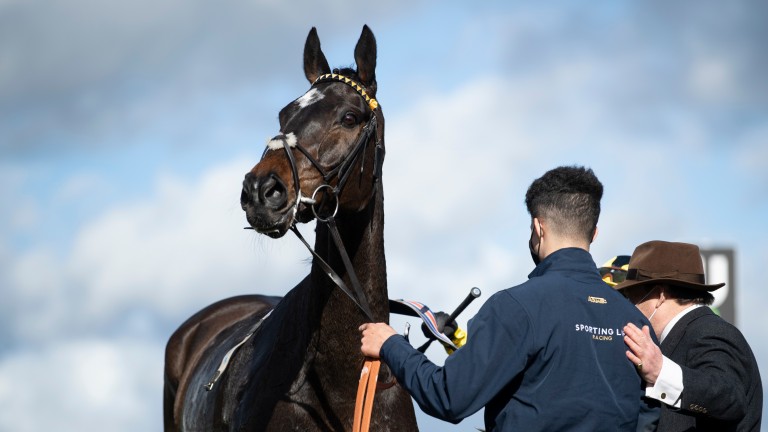 Shishkin: Arkle hero is a Tattersalls Cheltenham graduate
Edward Whitaker
1 of 1
By Kitty Trice 4:52PM, MAY 14 2021

Buyers will descend upon the Tattersalls Cheltenham May Sale later this month hoping to uncover the next Monkfish, Envoi Allen or Shishkin, and initial entries for the sale have now been revealed.

Past graduates of the sale include brilliant novice chasers Shishkin, Monkfish and Envoi Allen plus the dual festival-winning Chantry House and Champion Bumper hero Sir Gerhard.

Among the entries for this year's sale are Colin Bowe's winning Soldier Of Fortune four-year-old Pageant Material, a half-sister to Welsh National winner Emperor's Choice, and Harry Du Berlais, a winning son of Shirocco from the family of Game Spirit Chase scorer Mr Mole.

Further entries will be made over the next two weekends and will be available to view online. Catalogues will be printed on Monday, May 24 and available at Park Paddocks from Wednesday, May 26.

Take a look at entries here

FIRST PUBLISHED 4:52PM, MAY 14 2021
Among the initial entries for this year's sale is Colin Bowe's winning Soldier Of Fortune four-year-old Pageant Material