Eldrickjones was second to Berkshire Shadow in the Coventry Stakes 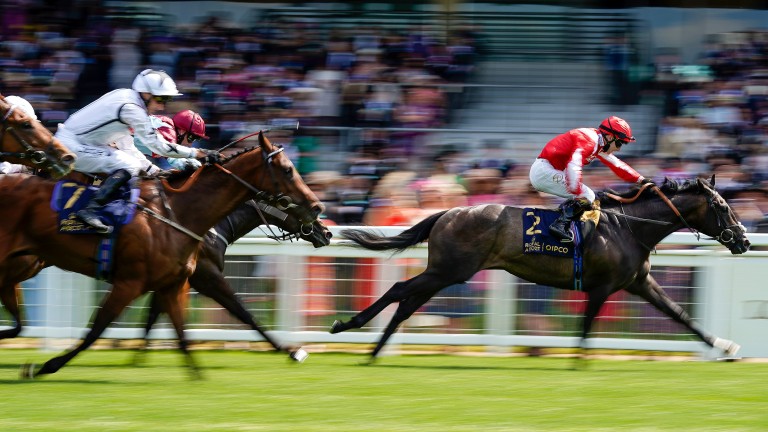 Two high-class performers in Eldrickjones and Apollo One are set to feature in the Tattersalls August Online Sale later this month, with entries being accepted up to August 11.

Eldrickjones, a son of leading first-season sire Cotai Glory, was second to Berkshire Shadow in the Coventry Stakes at Royal Ascot and was most recently a respectable fifth in the Vintage Stakes at Glorious Goodwood.

A £10,000 purchase by Anthony Ross from Mount Pleasant Farm at the Tattersalls Ireland September Yearling Sale, he made £26,000 to Nick Bradley at this year's Goffs UK Breeze-Up Sale.

The two-year-old colt is offered with entries in the Gimcrack and Champagne Stakes at York and Doncaster respectively.

Spring Cup Stakes winner Apollo One will be another interesting lot on offer. Trained by Peter Charalambous, the three-year-old son of Equiano has won three of his 11 starts and was most recently fourth in a Class 2 handicap at Newmarket.

Apollo One produced his best effort to date when holding off subsequent Dante Stakes runner-up Megallan in the Lingfield feature in March.

FIRST PUBLISHED 2:34PM, AUG 3 2021
Trained by Peter Charalambous, the three-year-old son of Equiano has won three of his 11 starts