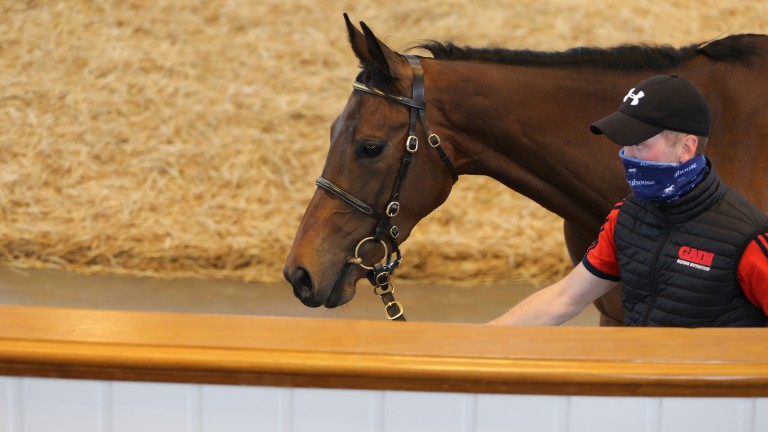 Denman's close relation Call Her Now caught many eyes in the Tattersalls ring
Laura Green
1 of 1
UPDATED 6:26PM, MAY 27 2021

A four-year-old Irish point-to-point winner who is among the closest living relatives to the great Denman sent buyers across the Tattersalls ring into a frenzy as she topped the May Sale at £240,000.

When Denman won his maiden point at Liscarroll for Adrian Maguire, he was bought privately by the Barber and Findlay families as Paul Nicholls forged him into one of the bravest and most popular chasers of modern times.

The powerful liver chestnut would have surely caught the attention at a similar auction and Call Her Now, by the same sire in Presenting and out of Denman's Witness Box half-sister Denwoman, was an even rarer article as she also boasted an impressive victory on her only start to date for Cormac Doyle in a maiden at Necarne a fortnight earlier.

Quite where she will end up is a mystery. Most of the usual suspects were on the ground or had proxy representatives and she was eventually knocked down to well-known industry insider Andrew Hickman, who signed under Harry Fowler's Rahinston Stud.

Fowler could later only confirm that Call Her Now had been bought "for an existing client of [wife and trainer] Lorna Fowler" and that future training plans were unknown.

"She's going to be turned out in a field now, and it's a pedigree they've been dying to get into," he said. 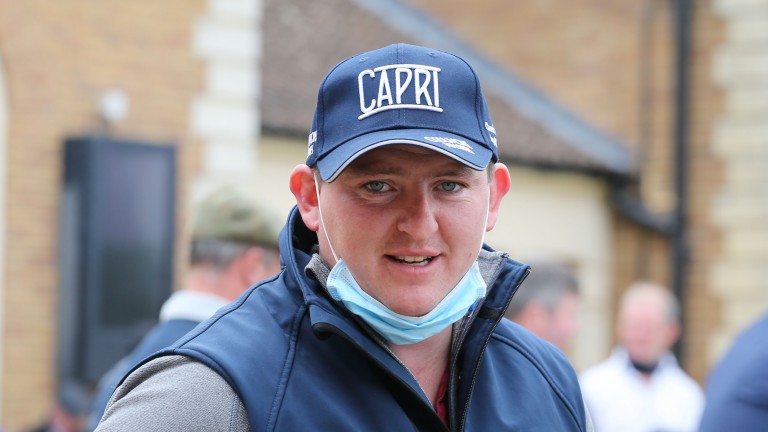 Cormac Doyle was enjoying another successful May Sale
Laura Green

Doyle is establishing himself as the king of the May Sale, having sold the strapping Grade 1 star Monkfish here three years ago.

"Brilliant result," he said. "We went down and bought a few privately in the field from Kieran Cotter, all three-year-olds. There were three Presenting fillies, three of them that won, and three of them have sold. She's not the biggest but has a great walk and a great trot."

She was easily the most expensive filly the Wexford-based consignor had moved on.

"There's a great scheme for fillies now and, especially with her pedigree, she's a proper broodmare in the making. You can go racing now; if she gets a bit of black type, a foal from her would be worth a lot of money."

David Minton was acting with purpose as the Highflyer Bloodstock man signed for the second and third highest lots on the day.

Nicky Henderson will be the recipient of Denis Murphy's City Chief, who had won his point at Tralee only on Sunday and was bought for £210,000.

"It's five hours in the box to Tralee and back, then he's been here this week, he's just a professional," said Murphy, who had found the son of Soldier Of Fortune for €36,000 at the Derby Sale.

"My type," said Henderson admiringly. "He's for an existing client. We watched the replay and Denis recommended him. He'll go straight out in a field now."

The multiple champion trainer has been doing his best to compete in a market seemingly replete with those with money to spend.

"We bought five stores and a pointer last week [at Goffs UK]," he said. "Amazingly the National Hunt sales have held up. I suppose people want something to look forward to.

"I'm very lucky. Obviously Trevor Hemmings has been cutting back but I haven't had any owners pulling the plug. Now we just need to see if we can get them a bit more back [in terms of prize-money], hopefully it will happen."

No trainer was determined for Minton's second purchase, Timeforatune - all that was said is that he is for a Highflyer client - and the real story was about a remarkable £175,000 result for Brian Eckley. 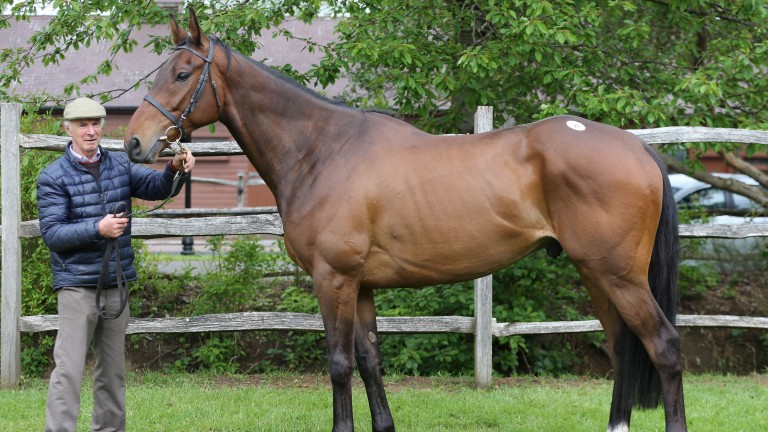 The veteran trainer from the Brecon Beacons had bred the five-year-old himself out of maiden mare Timeforagin using Mickley Stud's low-cost Yorgunnabelucky, the brother of the late Shamardal. He prepared Timeforatune to streak some 11 lengths clear on his debut in a bumper at Ffos Las.

"It's the best [sale] I've ever had," said Eckley. "I sold one nearly 20 years ago, Tomwontpayalot, privately to Martin Pipe for £140,000 after he finished second at Hereford and Ascot."

Eckley had been in the wars, spending three days in intensive care after a riding accident in January, and the team paid particular tribute to Jackie Jenkins from Dai Burchell's yard, who had alerted them to Timeforatune's ability as she helped out during his convalescence.

"I didn't fall off, he bucked me," Eckley pointed out. "I broke my collarbone, my T11, several ribs, had a collapsed lung and a bleed on the lung. I didn't go to hospital for three days, I've got so much work, but by the Saturday night, struggling to breathe, I thought I'd better go."

Now very much operational, Eckley has high hopes for the three-year-old Proconsul half-brother, who is "next year's project".

Five of the 56-strong offering crossed the six-figure threshold, with the statistics substantiating Henderson's belief that trade was strong.

The other two big-ticket items came from the large draft from Colin Bowe's Milestone Stables.

Kerry Lee was particularly enamoured with Ballindenisk winner Pimlico Point, who she took back to Herefordshire for an owner in her yard for £160,000, with Tom Malone going to £135,000 for Knowsley Road on behalf of Paul Nicholls.

Knowsley Road had finished a close second to City Chief at Tralee, and Malone observed: "I'd say that was a decent maiden, I looked at the first three here and I'd have bought all of them."