Breeder Josh Cameron has four lots at Tattersalls this week 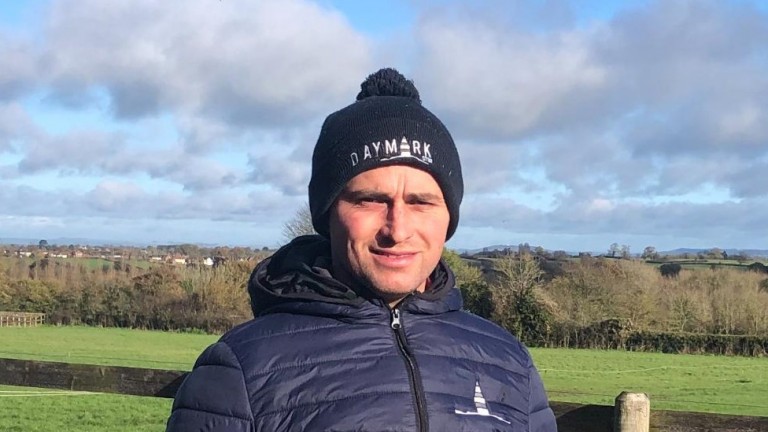 Josh Cameron has worked closely with Ed Harper's Whitsbury Manor Stud in his venture
1 of 1
By Tom Peacock 5:50PM, NOV 22 2022

A flying start made by a new young pinhooking syndicate was the talk of Book 2 of the October Sale and as the spotlight returns to Tattersalls for this week’s December Foal Sale, the other protagonist in the story is looking to continue the momentum himself.

A Havana Grey colt out of Speculating, an unraced half-sister to the useful Danehill Kodiac, was sold for 150,000gns to top American owner Peter Brant, representing a startling return from the 21,000gns that Kildaragh Stud’s Alice Kavanagh and her three associates in The Gals Gals had laid out at this event last year.

That colt had been the first auction exhibit from Josh Cameron’s Daymark Stud, which quadruples its offering this time around including the Showcasing half-brother.

Each is by a Whitsbury Manor Stud sire, as its director Ed Harper has been not only a champion but an invaluable supporter of the Dorset-based 35-year-old, who also rides most of the small string of point-to-pointers trained by his partner Annie Bacon.

"I got made redundant from a job about five years ago and started to do some part-time work for Whitsbury, along with starting the yard for point-to-pointing, breaking and pre-training," explains Cameron.

"The November before Covid, Ed very kindly asked if I would ever be interested in foaling a mare; at the farm we had a National Hunt mare for a client, so I was delighted.

"I thought nothing of it but a couple of months later he rang up and said, 'What's your address, I’ve found a mare for you in Ireland'. Speculating turned up and we decided we’d see how she got on."

The addition of the eminent Showcasing adds lustre to the page of Speculating’s foal, who is catalogued as lot 1264.

Cameron continues: "The colt last year was a first foal but he was a nice one. We were ten lots from the end on the Saturday in the pouring rain and people thought we had been done by the draw, but the right people were on him and we were over the moon to make 21,000gns.

"Of course you’d like 150,000gns for the yearling, but I’ve got the mare and hopefully it all ticks through. When Ed mentioned going to Showcasing it was massive, he seems to do it year after year, and he looks a nice colt."

Excited to see our first homebred we sold by FSS Havana Grey be given a slot at the @Tattersalls1766 October Book 2 . His Showcasing half brother heads to the December Foal sales. pic.twitter.com/PCxAwMNK3d

On the rest of the draft, he adds: "There are two Havana Greys. There’s a filly out of Enough’s Enough (1263), who is an an unraced Adaay mare from a lovely family that Whitsbury know.

"Her dam is six winners from six runners and my filly is a three-parts sister to Funny Story, who I believe they think a lot of. She’ll hopefully be all right, she’s a speedy type, very much a Havana Grey type.

"The other one (1180) is owned by a partnership, she’s a very big filly, a late-January foal. The dam Messalina was a 200,000gns yearling sold to Shadwell, she was sold on to Archie Watson and ran a handful of times for him.

"Messalina is a half-sister to System, a nice horse for Richard Hannon, and hopefully she’ll stand out on a Saturday."

He adds: "You’ve Charmed Me was a filly Archie trained, she had won her barrier trial the day before the country was locked down the first time, she later ran a handful of times and Archie and [agent] Tom Biggs had really liked her. She’s produced a Sergei Prokofiev colt (1181), he’s a nice first go for me and we’ll be hopeful."

The couple are based near Sherborne, which is not only National Hunt country but very much the Tizzard family’s fiefdom.

Bacon, in fact, is from the same village as the family and Cameron reports that she initially spent a month "being run away with" on the gallops as Joe Tizzard rode patiently alongside offering encouragement, while his father Colin got her a job in Ireland from which she got to know many of the Wexford point-to-point community.

"It’s all thanks to the Tizzards that she’s in the horse world," he explains.

That a young couple are working for a future in the British industry is unquestionably news to be welcomed, as is Cameron’s measured outlook.

"I’m very aware I’m small and we’ve probably picked the worst few years of the world to start our business, but hopefully, all being well, we’re getting somewhere," he says.

"We’ve grown a bit and at the moment we have to have a lot of irons in a lot of fires to keep the money rolling in throughout the year, but I’m hopeful the breeding side is where I want to go.

"I don’t think we’ve got a sale-topper but hopefully they’ll all sell to a level. We’re trying; it’s a tough business and I can’t thank Ed enough, he’s been overly kind and given me plenty of space to go and do it."

FIRST PUBLISHED 5:50PM, NOV 22 2022
We have to have a lot of irons in a lot of fires but I’m hopeful the breeding side is where I want to go