James Thomas reports from Book 1 of the October Yearling Sale 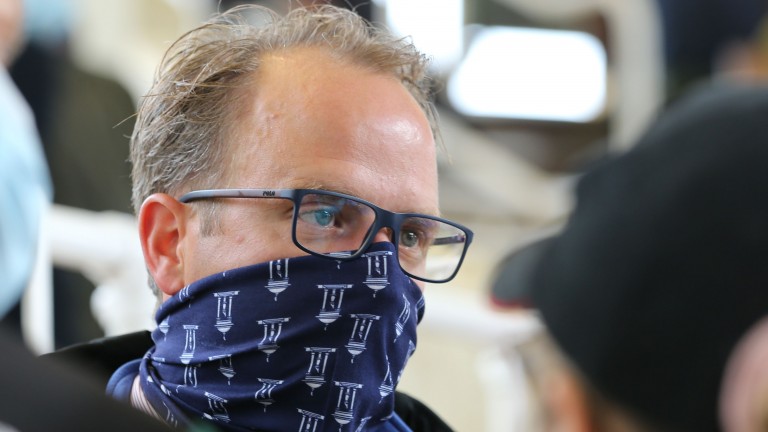 Coolmore returned to familiar territory at Tattersalls on Thursday as MV Magnier got the better of a dramatic three-way tussle to secure the Galileo sister to Japan and Mogul at 3,400,000gns, the highest price paid for a yearling filly the world over this year.

Auctioneer Edmond Mahony described the chance to buy into one of the best and most active families in the stud book as a "rare opportunity" before he scanned the ring and said: "I don't think I'm out of place in asking for two million."

An opening offer of 500,000gns seemed hopelessly optimistic but after a rapid-fire series of 50,000gns increases proceedings rested between the key protagonists. Oliver St Lawrence, who secured the 2,700,000gns Kingman colt for Bahraini interests on day one, was again in position by the rope and was among those to head into seven-figure territory.

Magnier, with Georg von Opel and other members of the Coolmore team, stood just a few paces behind St Lawrence and matched his every increase with a succession of six-figure raises. St Lawrence bid 2,500,000gns, at which point Qatar Racing's David Redvers, standing with Sheikh Fahad and Oisin Murphy, joined in with a 100,000gns increase of his own. 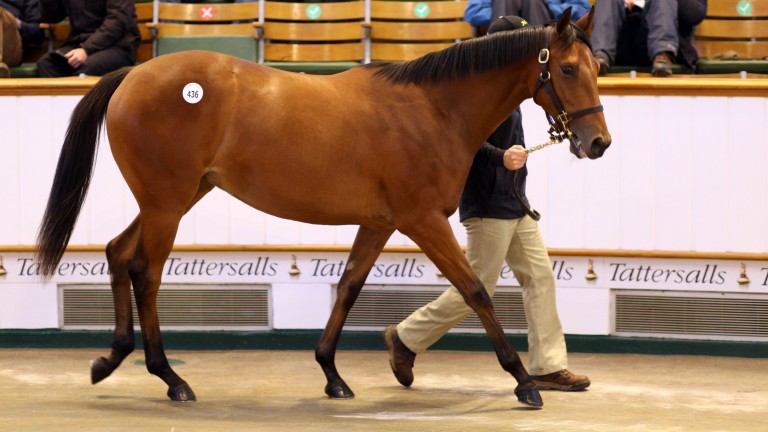 Then came a big statement of intent from Magnier when he upped the ante to 3,000,000gns, raising the stakes by 400,000gns in one fell swoop. St Lawrence's race was run but Redvers picked up the baton with another 100,000gns delivered to Tattersalls' Matt Prior, stationed on the bid spotter's podium by the parade ring.

However, when Magnier gave the nod to a bid of 3,400,000gns the Qatar Racing camp had no further response. The filly is, of course, out of Newsells Park Stud's Shastye, whose yearling receipts at Tattersalls now total a jaw-dropping 14,200,000gns.

"First of all, Andreas [Jacobs, owner of Newsells Park] and his family have been great supporters of Coolmore for a very long time, so I'm delighted for them to get a good price for a very nice filly," said Magnier, who confirmed his purchase was made in partnership with Von Opel's Westerberg operation.

"We've been very lucky with this family with Japan and Mogul. They were always very good-looking horses, the mare produces great-looking stock and great racehorses. Let's hope that continues and that this is a good filly."

Despite the filly's headline-grabbing price tag, she is not the most expensive of Shastye's progeny, with that honour belonging to the Group 3-winning Sir Isaac Newton, who fetched 3,600,000gns from Magnier in 2013.

The Danehill mare has now produced five seven-figure yearlings since she joined the Newsells broodmare band at a cost of 625,000gns in 2005.

Magnier confirmed that Mogul stays in training at four but said it was too early to say whether Japan would join his brother at Ballydoyle next year or retire to stud. "The two of them were supposed to run in the Arc but there's still Hong Kong, the Breeders' Cup and Japan as possible targets," he added of the pair.

Newsells Park's general manager Julian Dollar was understandably delighted with the result, but explained that the record-breaking sale was also tinged with sadness.

He said: "She made a fantastic price, though I'd like to think it was thoroughly deserved as she was a collectors' item on pedigree and physically.

"It was difficult to bring her here; I'm a stud manager so I dream of breeding fillies like that, winning races with them and then them coming back as broodmares. I don't dream about getting rid of them. 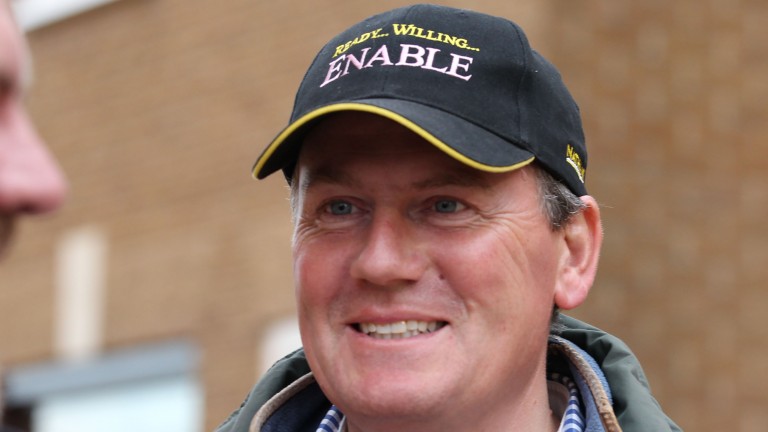 Julian Dollar: "There was a whole mixture of emotions going through my mind as she sold"
Laura Green

"I'm delighted she's going to Coolmore though as they've probably done more than anyone to make Shastye a success. We've partnered with them in a few foal shares with the mare in the past; that's produced the likes of Japan, Mogul and now this filly.

"They deserved to get her but I'm sorry for Sheikh Fahad as he's a great supporter of our industry and of Newsells."

Given the challenging financial conditions, some might have expected Newsells to reconsider offering the blue-blooded filly, but Dollar explained that any thoughts of retaining the youngster disappeared once they had assessed the state of the market.

"We had in mind that we were going to race her as the team at Coolmore were happy to go into partnership," said Dollar. "But then it became clear things were going to be difficult over the next few weeks, so in order to keep the money coming in she probably needed to be sold. 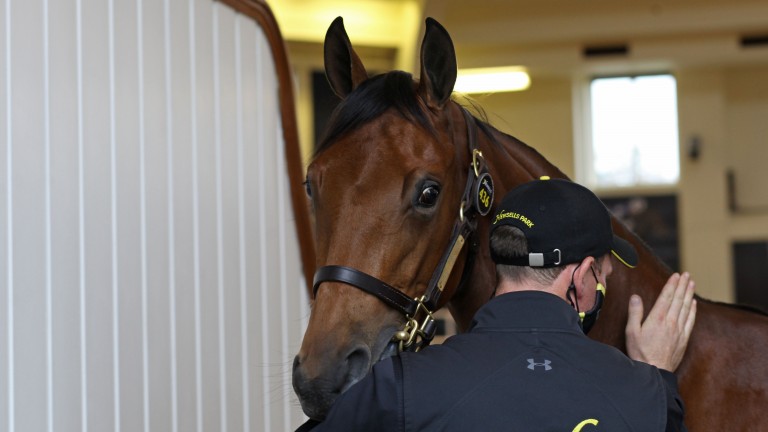 "There was a whole mixture of emotions going through my mind as she sold because selling her was a big deal. It's great reward for our team who do all the hard work and it's nice for our yearling manager Mark Grace – I know he loved this filly – and his team as they work so hard."

Dollar also gave an update on Shastye, saying: "Sadly she was barren to Galileo last year and didn't conceive from two goes this year so we brought her home and she's now in foal to Dubawi. I'm just keeping my fingers crossed we get a few more foals out of her before we have to retire her.

"She looks well and is in great form. She's done more to establish Newsells as a successful commercial stud farm than any other mare. She's kept me and the team here in a job, so we're very grateful to her."

Magnier also had to see off Redvers earlier in the session when he went to 2,800,000gns for the Galileo filly out of Mohaather's sister Prize Exhibit.

Mahony was also on the rostrum for that lot and took an opening offer of 500,000gns before a sales ring arm wrestle between Magnier, standing in the bidders' area with Von Opel, and Tammy O'Brien, sitting with Demi O'Byrne on the stairs to the right of the rostrum, soon pushed the price into seven-figure territory.

When Magnier bid 1,900,000gns it seemed as though he had done enough to seal the deal, but no sooner had he seen off the rivals on the opposite side of the Park Paddocks auditorium than bid spotter Richard Botterill, standing on the podium by the parade ring, called out with a play of 2,000,000gns. 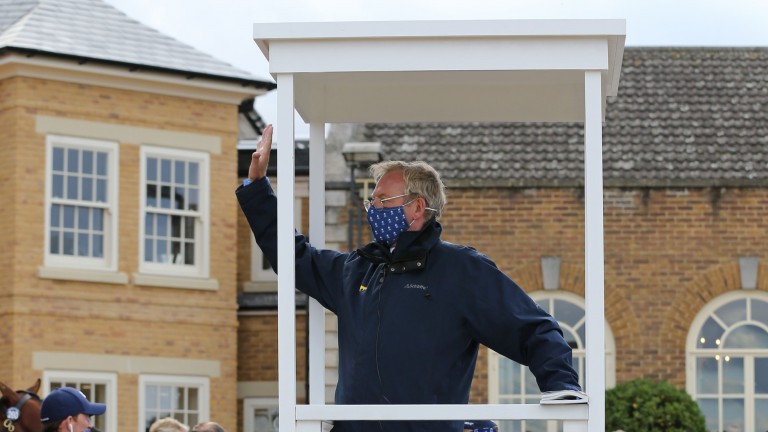 A string of 100,000gns raises were exchanged, but cracks began to appear in Redvers' challenge when he changed tack with a 50,000gns increase to 2,750,000gns. After a brief discussion with Von Opel, Magnier gave a final nod of the head to signal a 50,000gns bid of his own.

Mahony looked towards the podium and said to the bid spotter: "How are you doing outside, Richard?"

But, as the elegant filly continued to make her away around the ring in near silence, it became clear matters had reached a conclusion and the gavel duly came down.

"She's a very nice filly, Aidan [O'Brien] and all the lads really liked her," said Magnier after signing the seven-figure ticket. "David Nagle [Barronstown Stud] has been saying how good a filly she is for a very long time and we're just very lucky to be able to buy her with Michael [Tabor], Derrick [Smith] and Georg."

Tattersalls: Lot 374, a Galileo filly out of a sister to Sussex Stakes hero Mohaather is knocked down for 2,800,000gns to @coolmorestud MV Magnier. pic.twitter.com/VsfHAPeJM4

The filly was bred and offered by David and Diane Nagle's Barronstown Stud and is the first foal out of Prize Exhibit, a daughter of Showcasing who won a brace of Grade 2 contests in the US. The mare joined the Barronstown broodmare band at a cost of 775,000gns at Tattersalls in 2017.

The pedigree of Prize Exhibit, who was bred by Gaie Johnson Houghton, has undergone a major upgrade this year as she is a sister to none other than Mohaather, the winner of this year's Sussex Stakes. The Shadwell-owned colt is set to begin his stallion career at Nunnery Stud next year. The pair are also siblings to Roodle, dam of Accidental Agent. 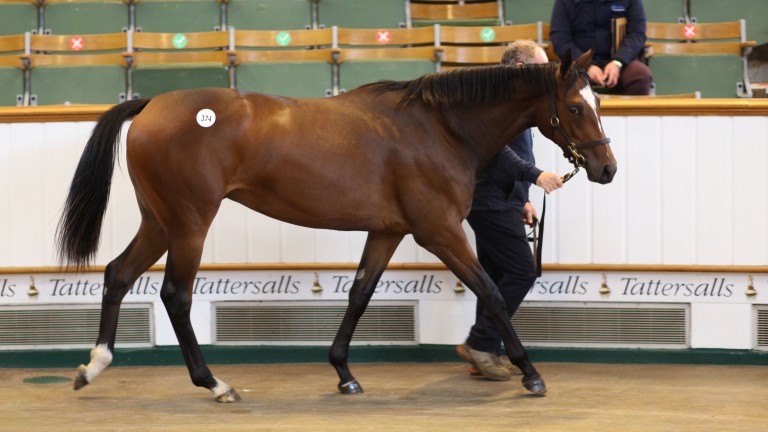 Lot 374: the Galileo filly out of Prize Exhibit in the Park Paddocks sales ring
Laura Green

"She has a great page and comes from a very good nursery," added Magnier. "Sheikh Hamdan's horse is very good so it's a very active pedigree. Those kinds of fillies are collectors' items. With how Galileo is doing as a broodmare sire and with his racehorses, he's just exceptional."

FIRST PUBLISHED 5:21PM, DEC 7 2020
With how Galileo is doing as a broodmare sire and with his racehorses, he's just exceptional