Connections of Sportsman's sale graduates given new ?100,000 race to target

The Goffs Sportsman?s Challenge will be run over six furlongs at Naas next year 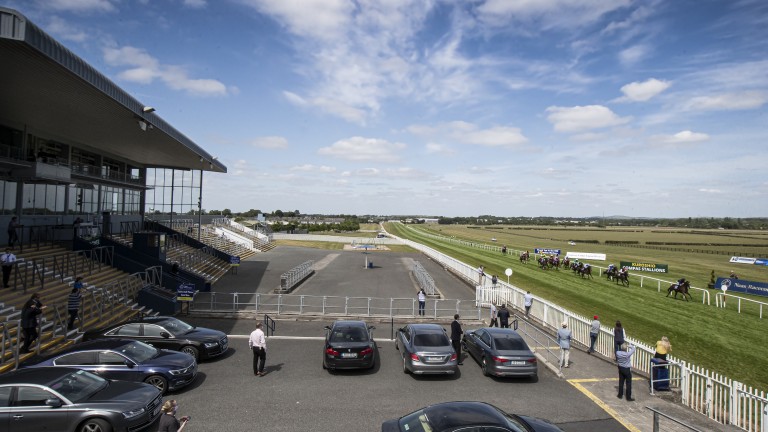 Naas: will play host to two Goffs' sponsorships in the Lacken Stakes and now the Sportsman's Challenge
Patrick McCann (racingpost.com/photos)
1 of 1
By Bloodstock World staff UPDATED 2:01PM, MAY 7 2021

A €100,000 two-year-old race exclusive to Goffs Sportsman’s Sale yearlings will be held at Naas next year.

This will be the second sponsorship by Goffs at Naas as the auction house resumes its support of the Group 3 Goffs Lacken Stakes, the feature race of the upcoming Royal Ascot Trials Day on May 16.

Thursday's announcement follows hot on the heels of the launch of Europe’s richest two-year-old race, the Goffs Million, for graduates of the Orby Sale, which will be held over seven furlongs at the Curragh next year.

"A real trainer’s sale, the Sportsman’s is a leading producer of two-year-old winners and we anticipate that the addition of this valuable sales race will see demand increase even further from agents and trainers in Ireland, the UK and right across Europe."

He continued: "With the yearling sale inspections commencing, we are delighted to announce these two sales races to provide a lift to the industry following the challenges of the past year. Back in Kildare Paddocks this year, we look forward to offering two catalogues of relative superior quality with the additional bonus that every yearling buyer at Goffs, from September 28 to October 1, will be in with a chance to win some major prize-money.

"Our two new sales races further bolster Goffs’ burgeoning sponsorship portfolio, which from next season will see three high-profile racedays throughout September, leading up to the start of Goffs' yearling sales, with the Group 1 Goffs Vincent O’Brien National Stakes, Goffs Sportsman’s Challenge and Goffs Million worth a combined total of €1.5 million.”

Eamonn McEvoy, general manager of Naas, said: “We are delighted to have been approached by Goffs to stage the inaugural Goffs Sportsman’s Challenge race.

"Races like this are a great addition to the calendar and provide owners with excellent opportunity to win a fantastic purse. We are delighted to extend our partnership with Goffs and great credit is due to them for their recent initiatives.”

FIRST PUBLISHED 1:52PM, MAY 6 2021
Races like this are a great addition to the calendar and provide owners with excellent opportunity to win a fantastic purse