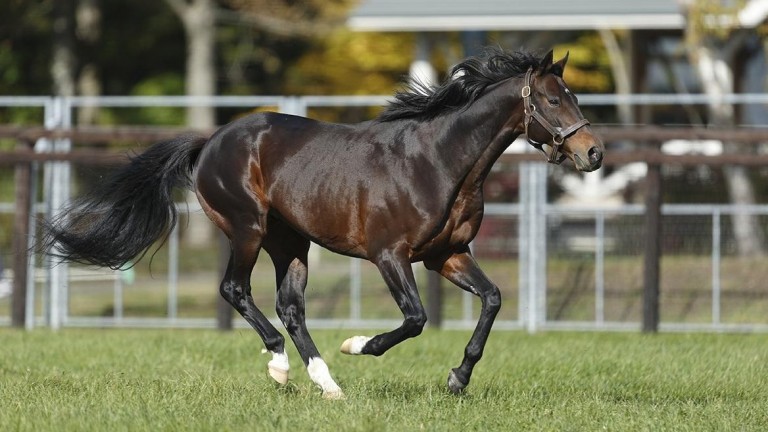 Deep Impact: his two-year-old son made waves at the Chiba Thoroughbred Sale
Shadai Stallon Station
1 of 1
By Paul Eacott of ANZ Bloodstock News UPDATED 6:50PM, MAY 21 2021

The two-year-old is out of the Irish-bred mare Premier Steps, who was placed at Group/Grade 3 level in France and the United States.

She began her career with Tom Dascombe, winning an Ascot maiden before finishing third in the Albany and then being beaten just a short neck in the Prix du Calvados on what was to prove her final start for the trainer before the switch to the US.

Sold by Shadai Farm, the Japanese sale blockbusting colt, whose price tag includes tax, was purchased by Susumu Fujita, who founded website and online blog and TV platform CyberAgent in 1998 and whose net worth is given by Forbes as $2 billion.

Deep Impact, who died due to a fracture of the cervical spine in July 2019, was the winner of the Japanese Triple Crown during his stellar racing career and subsequently became a worldwide phenomenon for Shadai Stallion Station.

His legacy continues to live on through the exploits of many other top-class performers, such as Glory Vase, Gran Alegria, Beauty Parlour, Dee Majesty and Satono Diamond.

Bailey and Murphy off the canvas with £105,000 signing at vibrant Goffs UK

FIRST PUBLISHED 5:40PM, MAY 21 2021
The dam won an Ascot maiden before finishing third in the Albany and then being beaten just a short neck in the Prix du Calvados