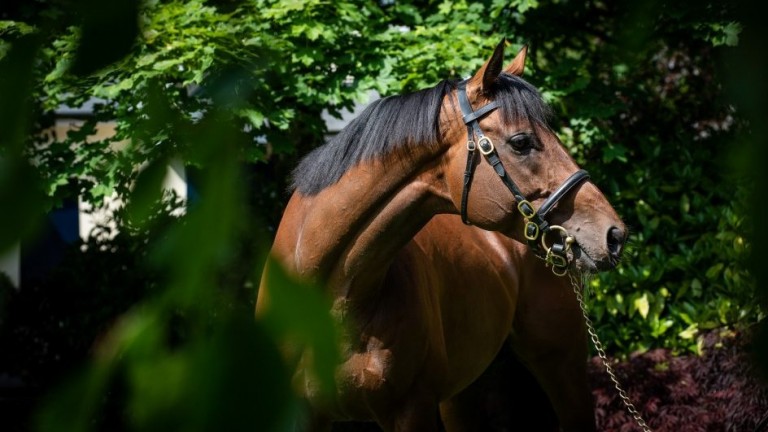 Churchill: a first-crop daughter of the Coolmore sire topped the SGA Sale
Coolmore
1 of 1
By Bloodstock World Staff 11:57AM, SEP 20 2020

Two fillies realised six-figure prices when selling at the one-day SGA Yearling Sale in Milan on Saturday, with the Razza del Velino-consigned daughter of Churchill topping the auction at €120,000.

The top lot is a half-sister to Italian stakes winners Sweet Gentle Kiss and Sunset Key. The daughter of Galileo's dual 2,000 Guineas scorer was bought by Marco Bozzi on behalf of Alfalasi Mohamed Saeed Ali, and will reportedly head into training with Roger Varian.

The in-form Australia was represented by a filly out of the Listed-placed March Madness and realised €100,000 to leading local owners Scuderia Incolinx.

Allevamento LeGi’s Kodiac half-brother to this year's Italian 2,000 Guineas winner Cima Emergency was the highest-priced colt of the sale at €90,000. He was purchased by Andrea Marcialis, while a No Nay Never half-brother to Listed scorer Clockwinder sold to trainer Alduino Botti for €77,000.