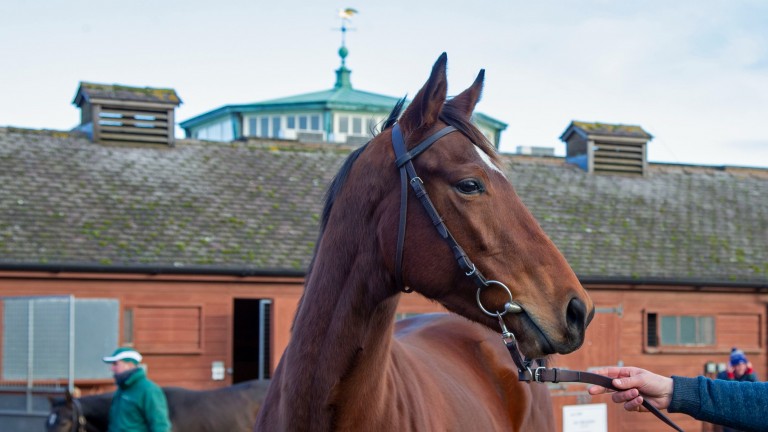 Tiger Tanaka takes in her surroundings at Tattersalls
Laura Green
1 of 1
By Tom Peacock 2:59PM, NOV 29 2021

There will be an emotional occasion on Tuesday for young French trainer Charley Rossi, whose first star filly Tiger Tanaka is among the jewels to go through the ring at the Tattersalls December Mares Sale.

The member of a rising family dynasty, whose brother Cedric produced Sealiway to win the Qipco Champion Stakes, Charley Rossi staked his own claim a year ago by landing the Prix Marcel Boussac with the daughter of Clodovil.

Tiger Tanaka rose all the way up from basement claiming company to first take the Group 3 Prix Francois Boutin and then the major juvenile event on Arc weekend, with Rossi's partner Jessica Marcialis becoming the first female jockey to win a Group 1 in France. The filly was given a Classic preparation but has not appeared since running in the Poule d'Essai des Pouliches.

"It's a strange feeling, but I'll stand by the ring with patience," said Rossi, who is spending a few days in Newmarket. "If she gets a good price, it's okay, if she doesn't she'll go home and breed, and hopefully I will get to train the baby." 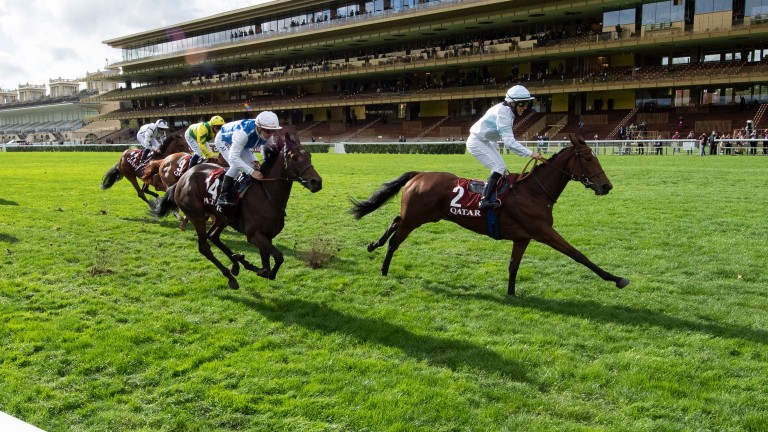 "She's had a beautiful season, she had a problem in a leg earlier in the year and it was finished for her, but she merits the respect.

"She's the first horse for me to win a Group 1, it was fantastic. An emotional moment but a very important one for me and my wife."

Rossi found Tiger Tanaka after she won a claimer for Marc Pimbonnet at Lyon in June and she retired as the winner of almost €250,000.

The filly, who was bred by Kellsgrange Stud and first bought for €6,500 by Pascale Menard at the Tattersalls Ireland September Yearling Sale is being offered by her subsequent owner Miguel Castro Megias through the Rossis' Haras de la Cour Blanche operation as lot 1822.

"When I bought her in a claimer, I saw a bit of potential but after that she changed a lot," he recalls. "I returned in another claimer because the owner hadn't won the race for a long time, but after that I knew she could win a good race. I didn't think she'd be a fantastic horse, but she's shown me she's a very good girl.

"The owner is very happy with her but it's the game, you need to make the money to continue."