'Best foal of the day' bound for County Limerick after topping Arqana at €60,000

Although many of the British and Irish faces had departed Deauville by Monday, including some whose exit had been hastened by changing Covid-19 restrictions, the leading light on day three of the Arqana Breeding Stock Sale is also destined for a journey across the Channel.

The April-born youngster was knocked down to Castillon's Benoit Jeffroy, who revealed he was acting on behalf of Luke Barry of Manister House Stud in County Limerick.

Jeffroy said: "He's been purchased by Manister House Stud to resell as a yearling. What can I say? He was a very good foal, and probably the best foal of the day so far."

Bred by Framont Limited, the colt is out of Purple Magic, a Rip Van Winkle half-sister to Cheshire Oaks runner-up Phillipina who won four times while in training with Michael Bell for Lady Bamford.

The dam, who was bought by Stephen Hillen for 12,000gns at the 2017 December Mares Sale, has also bred a Kodiac filly named Enchantment, now two and in training with Nicolas Perrett, and a colt by Le Havre, now a yearling.

Reflecting on a memorable few days in the Deauville sales ring, Jeffroy said: "There was a great level of trade on Saturday, and even on Sunday, and we had very good sales for the mares we had.

"A lot of nice mares made a lot of money across the board, and it shows there's a lot of activity going on in the bloodstock world at the moment. We're here at the right time. It's a good time to sell, but I think it's also a good time to buy. There are a lot of excellent opportunities to get into some very nice families."

Later in the season Jeffroy struck at €45,000 for Anjella, a 15-year-old daughter of Monsun offered in foal to Zarak by Haras de Cercy.

The Group 3-placed sister to Listed scorer Ambria has already bred four winners and Jeffroy indicated her next date would be with Haras du Hoguenet’s new recruit Magic Dream.

Mares in foal to Zarak in demand

Mares in foal to promising young sire Zarak were in demand throughout the session, and late in the piece John Tyrrell of BBA Ireland went to €45,000 for one such lot, namely Dariyla from the Aga Khan Studs. The unraced three-year-old's page features the names of the Aga Khan's best active stallions, as she is by Siyouni and out of a daughter of Sea The Stars.

The filly's third dam is the champion Daryaba, heroine of the Prix de Diane and Prix Vermeille who went on to breed four black-type winners herself. Her brood is headed by Hong Kong Vase scorer Daryakana, who emulated her dam by breeding four stakes winners. This high-achieving quartet includes Dariyan, who landed the Prix Ganay and now stands alongside Zarak and Siyouni at Haras de Bonneval.

"I bought her for Trevor Stewart," said Tyrrell. "Obviously this is a good cross, Siyouni on Sea The Stars. Zarak is doing well with his runners and I'm very interested in him moving forward. There are a few other small updates in the pedigree which means that this page will, hopefully, improve in the not too distant future.

"She's a big scopey mare herself and with the combination of everything we'll be hoping for a nice foal in the future. Whether he keeps the foal or trades it remains to be seen."

Six Of Us snare Geneva Spur

Haras du Buff offered Geneva Spur, a five-year-old daughter of Distorted Humor, and were rewarded when Eric Lhermite of Haras de Grandcamp, who signed as Six Of Us, struck a winning bid of €42,000.

Geneva Spur ran ten times without success for Roger Varian, but she has plenty to recommend her on pedigree as she is a Merry Fox Stud homebred half-sister to Group 1 winner Second Step, whose finest hour came in the Grosser Preis von Berlin while in training with Luca Cumani.

She was offered in foal to Kingman's three-time Group 1-winning son Persian King, who stood his first season at Haras d'Etreham at a fee of €30,000. 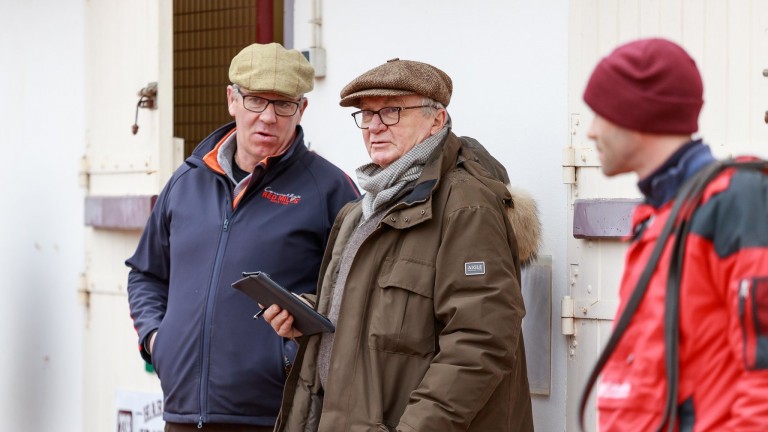 Eric Lhermite (left): 'I like the pedigree and she has a good physique"
Zuzanna Lupa

"She has been bought for a client who wants to remain anonymous," said Lhermite. "I like the pedigree and she has a good physique, and the guy who bought her wanted to have something by Persian King. We will probably sell the foal if everything is okay. At this time I'm not sure who she will be covered by next year. It may be Dabirsim but he's not sure yet."

The stud also stood Dream Ahead for four seasons from 2017, but the sire of Group 1 winners Al Wukair, Donjuan Triumphant, Dream Of Dreams and Glass Slippers has transferred to Bearstone Stud for 2022.

Guy Pariente of Haras de Colleville was not present in the Deauville sales ring but was busy bidding online and secured a couple of notable lots via Arqana's web-based platform.

His haul included the €36,000 Seemingly, an unraced daughter of the owner's rags-to-riches sire Kendargent and the Listed-winning Galileo mare Oh Beautiful.

The George Strawbridge-bred Seemingly, who hails from the family of Cassandra Go and her brood Halfway To Heaven, Magical and Rhododendron, was offered by Haras du Quesnay and is believed to be in foal to France's leading first-season sire Zarak.

Pariente also went to €26,000 for another mare in foal to Zarak in Queens Street, a daughter of Cacique from the strong German family of Quijano. The five-year-old was consigned by Haras du Mont dit Mont.

Haras de Bonneval's Zarak, who has sired 16 European winners and four black-type performers, has seen his fee upped to €25,000 for the 2022 breeding season.

The son of Dubawi and Zarkava’s leading performers include the Group 1-placed Purplepay, who sold to Lael Stables through Nicky Bertran de Balanda for €2,000,000 on day one of the Arqana Breeding Stock Sale.

Mathieu Talleux of Haras du Mazet delivered a winning bid of €35,000 for Khara, a two-time winner by Acclamation who was consigned by the Aga Khan Studs. 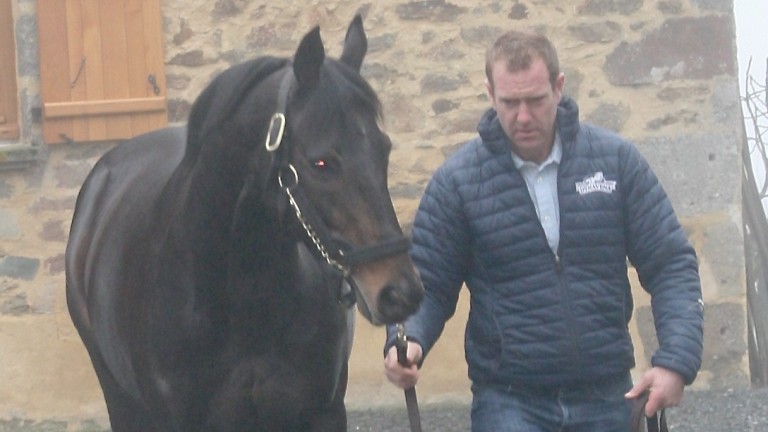 Mathieu Talleux: on the mark at €35,000 for Khara, who is destined for Qatar
Haras du Mazet

The four-year-old won back-to-back races at La Teste Buch while in training with Jean-Claude Rouget, and was beaten only two and a quarter lengths by Onassis in the Listed Prix de Bagatelle on her fifth outing.

She is the third foal out of the Listed-placed Zamindar mare Khadima, who in turn is out of a half-sister to Grand Prix de Paris winner Khalkevi. Khara travelled to Ireland earlier this year for a maiden cover from Footstepsinthesand at Coolmore's Castlehyde Stud, and Talleux explained she would be on the move again in the near future.

"I bought her for a new owner who lives in Qatar," he said. "They want to start breeding thoroughbreds in Qatar and they were very keen on this mare. First she will come to stay at my stud and then we will organise the transportation to Qatar.

"My client really likes Footstepsinthesand and wanted to get into an Aga Khan family to help start his breeding operation."

Haras du Mazet, which is close to Pompadour in central France, stands stallions as well as boarding mares, and will launch its latest recruit Motamarris, a classy son of Le Havre who won the Listed Grand Prix de Compiegne and was third in Sottsass's Prix du Jockey Club, in 2022.

The Arqana Breeding Stock Sale concludes on Tuesday with a fourth session starting at 11am local time (10am GMT).

FIRST PUBLISHED 7:59PM, DEC 6 2021
There was a great level of trade on Saturday, and even on Sunday, and we had very good sales for the mares we had