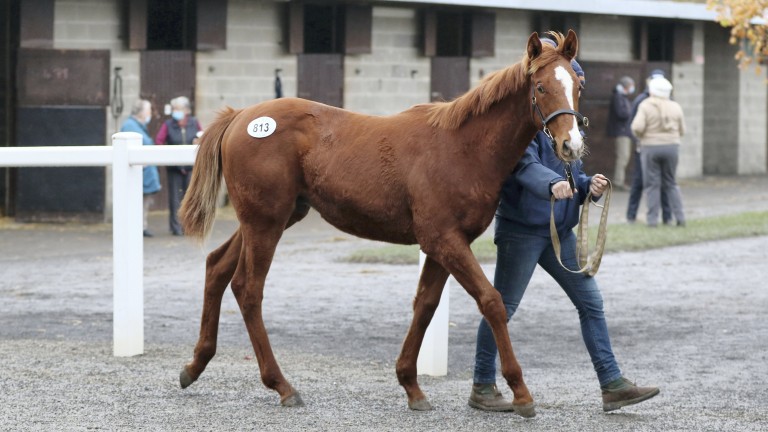 A vibrant renewal of the Goffs November Foal Sale concluded on Thursday with big gains made in the aggregate and median figures, while the auction house's chief executive Henry Beeby hailed the "intense competition and often frenzied bidding" witnessed over the four days.

The top lot of the final session was the Mehmas colt out of Ishimagic from Meadagh Stud who fetched €70,000. As was the case on 21 occasions throughout the November Foal Sale, the docket was signed by Tally-Ho Stud.

The colt is out of the placed Ishiguru mare Ishimagic, who has bred five winners since joining the broodmare band at Golden Vale Stud in Kilmallock, County Limerick. Reflecting on the sale, breeder Terre McNamara said: "I'm delighted, especially because he's gone to an excellent home at Tally-Ho.

"The O'Callaghans have been a great friend of ours for a long time and they were very close with my late husband, John McNamara."

McNamara reported that the strong-looking chestnut colt had gone down a storm with prospective purchasers, just as he had with the team at Golden Vale Stud when he arrived on March 15 earlier this year.

She said: "From the day he was born he was a grand foal, and he always had a lovely temperament, which is very important. 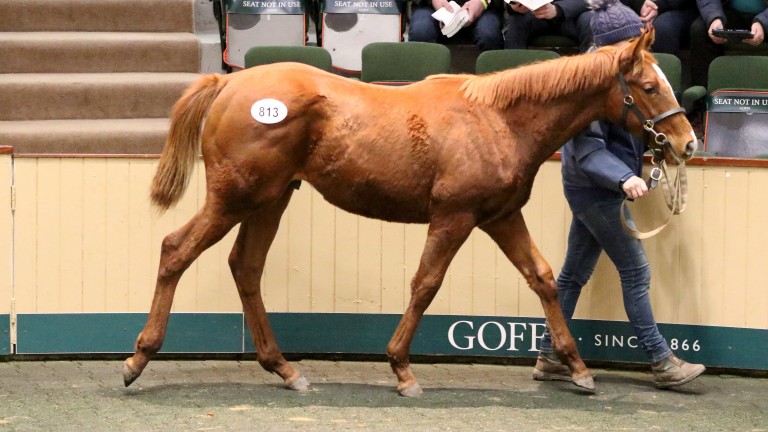 The session-topping Mehmas colt in the Goffs ring
Peter Mooney

"He was constantly out of his stable at the sales and he had a number of vets so he's been very popular. We didn't get in until yesterday morning but from the time we arrived he was in and out all the time. Of course Mehmas is so popular, but he really looked the part too."

Ishimagic was acquired as a filly out of training at Tattersalls in Newmarket, where she spent a brief stay with the McNamaras' friend John Berry as she journeyed from the sales to County Limerick.

Her foals have won 20 races between them, including the six-time scorer Honor Oak and three-time winner Wobwobwob, both of whom have a peak Racing Post Rating of 94.

Expanding on the purchase of Ishimagic and the circumstances around the mare visiting Mehmas, McNamara said: "My husband bought the mare as a filly out of training. She's a lovely, big chestnut mare with a good temperament and of course she's getting the winners.

"I'd always liked Mehmas and we'd used him previously, so I rang Tony when the mare was ready for covering and asked if he was available and he said he was. She went in foal no problem and then popped out a lovely colt foal who never gave us a moment's worry. Foals like this are a rarity. The mare is in foal to Sands Of Mali and will go back to one of Tony O'Callaghan's stallions at Tally-Ho next year."

The current crop of foals by Mehmas were conceived when the son of Acclamation stood at Tally-Ho for just €7,500 in the year he delivered a record-breaking number of first-crop two-year-old winners. With 30 stakes performers on his stud record, including Group/Grade 1 winners Going Global and Supremacy, Mehmas will stand for a career-high €50,000 in 2022.

Tally-Ho, whose November Sale spend clocked in at €1,338,500, also signed for the day's fifth-top lot, the Kessaar filly out of Trump Alexander offered by Railstown Stud.

The second-top lot entered the ring around an hour after the session-topping Mehmas, and John Cullinan, who signed as JR Bloodstock, gave €68,000 for the Churchill colt out of Mistime offered by Ringfort Stud.

"He was a lovely, square colt who vetted well and had lots of good people on him," said Ringfort's Derek Veitch. "I looked at Churchill's average at the start of the day and that was around €50,000, so I think people realise that he's still an acceptable sire going forward. All those things added up to him making a great price so I'm delighted for his owner." 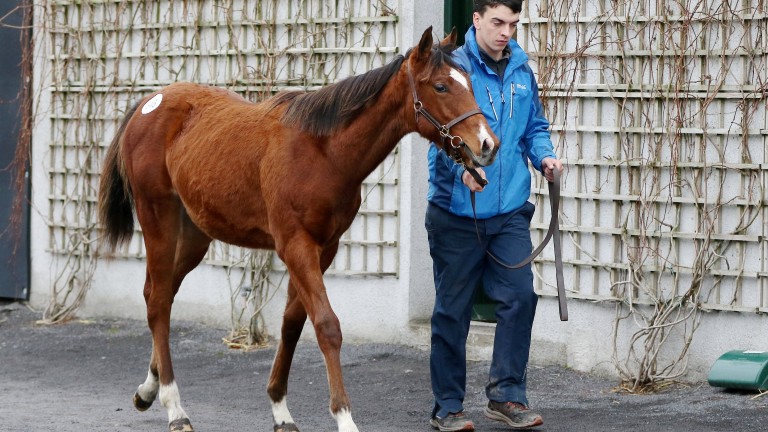 In previous years, Part 2 of the November Foal Sale has followed the November Mares Sale, but this year's reformatted edition met with Veitch's approval, albeit he said earlier finishes than was the case on Monday and Tuesday would have been ideal.

"I think the format is a big improvement and I'd be a big fan of keeping it this way," he said. "I feel the people who stayed for the foals today would've gone home for Part 2 previously. Most people that I spoke to around here would be in favour of maintaining this format."

In his end of sale statement, Goffs group chief executive Henry Beeby said: "What an amazing business. As we progress through this depressing pandemic it's so uplifting to be involved in an industry that's always looking forward with positivity. And there is no better example of planning for the future than buying foals so, once again, we salute all the mighty foal pinhookers who have driven a trade of strength, depth and vibrancy over the last four days as they look for the next touch.

"The strong home team has been joined by a multitude of English and overseas speculators along with several end users, and the result has been intense competition and often frenzied bidding, especially for those that stood out.

"Of course they have flocked to Goffs as our vendors have provided us with the cream of the Irish foal crop and we thank every one of them for their ongoing support of the Irish National Foal Sale.

"As ever our mantra is proven – “we can’t do it without you” – and it is only with such a strong catalogue that we can deliver the kind of sustained demand that has clearly been in evidence from Lot 1 right through to the close of business today."

He continued: "The top of the market proved robust with the new star Frankel leading the way for the second year in succession, but bidding has been as keen on each day and at all levels to vindicate so many Irish breeders' choice of Goffs for their best.

"Indeed, a clearance rate of 82 per cent, up from 76 per cent despite a far bigger catalogue, makes the point, and we are so pleased to have received so much positive feedback from so many about so much.

"We now turn our attention to our two-day breeding stock catalogue, which reads better than for many a year following yet more wonderful support from breeders."

The Goffs November event continues on Friday with day one of the mares sale. Selling begins at 10am.

FIRST PUBLISHED 7:52PM, NOV 18 2021
From the day he was born he was a grand foal, and he always had a lovely temperament, which is very important