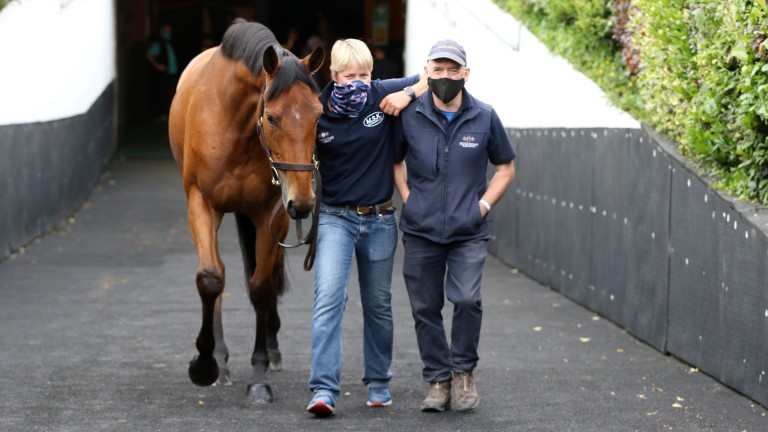 The success of mares against geldings was one of the stories of the 2021 Cheltenham Festival, and so it was perhaps no surprise that fillies were in demand during Part Two of the Goffs Land Rover Sale on Thursday.

Blue Bresil has emerged as a high-class National Hunt sire in recent seasons, with his best performer to date a daughter, the 14-time winner L’Autonomie, who won the Grade 1 Grande Course des Haies d’Auteuil last month and the Grade 1 Prix Renaud du Vivier Hurdle as a four-year-old in 2019.

And it was a Blue Bresil daughter consigned by Peter Nolan Bloodstock who led yesterday’s session when hammered down at €65,000 to Aidan O’Ryan. The three-year-old is out of Hester Flemen, a winning Flemensfirth mare who is a full-sister to Grade 2-placed hurdler and chaser Backinthere.

O’Ryan confirmed the filly was destined for the Gordon Elliott stable, currently under the care of Denise Foster while Elliott serves a one-year ban with six months suspended, and said: “She’s for long-standing owners in Gordon’s yard who like to buy a couple of nice fillies every year, and she fits the bill.”

Elliott has enjoyed success with the sire as he trained Blue Bresil’s other Grade 1 winner, Mick Jazz, who won the Ryanair Hurdle at Leopardstown’s 2017 Christmas Festival and was third in both the Champion Hurdle and Irish Champion Hurdle in 2018.

Trade was noticeably stronger than for the equivalent sale last year, with two horses breaching the €50,000 barrier, compared with zero in 2020, and the other was also a filly.

Butlersgrove Stud bred and sold Champion Chase heroine Put The Kettle On, the cover star for this year’s Land Rover Sale catalogue, and the Kilkenny farm consigned two horses on Thursday, with their filly by Well Chosen enticing a winning bid of €52,000 from Bobby O’Ryan.

She had received a timely catalogue update with the success of her half-sister Apple Crumble on her debut in a Punchestown bumper in late May.

“She’s for existing owners with Gordon Elliott,” the agent revealed. “She’s a lovely filly by a very good sire and there have been updates in the family, so it’s an improving page.” 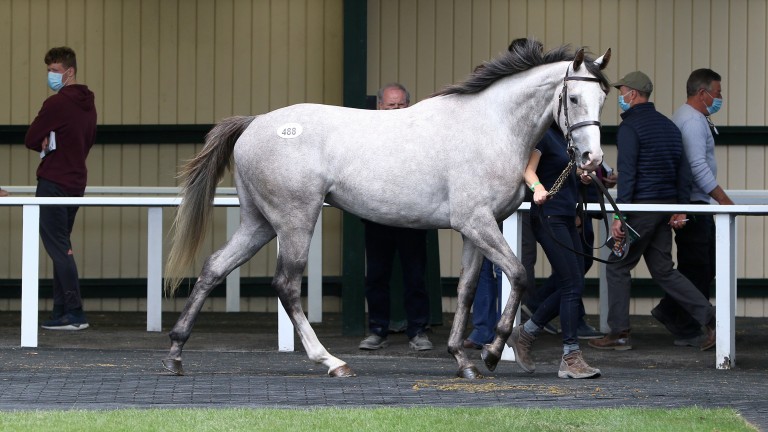 The Well Chosen filly out of Masiana, from Butlersgrove Stud, who sold to Bobby O'Ryan for €52,000
© Peter Mooney

The trainer has previously been successful with progeny of Kedrah House Stud’s Well Chosen, with current Cullentra House residents Jury Duty, winner of the Grade 1 American Grand National, and Chosen Mate, who was a Grade 2 winner over hurdles and won the Grade 3 Grand Annual Chase, his best performers to date on Racing Post Ratings.

Butlersgrove also sold a Sholokhov grandson of Grade 3 and Listed-placed hurdler Star Wood, by Montjeu, for €32,000 to Marcus Collie and Graeme McPherson.

There was a theme running through the leading lots on Thursday as Ireland’s top trainers returned to the tried and trusted sires who have provided them with success in the past.

Willie Mullins guided the career of Annie Power, Shirocco’s most famous offspring, and will plot a course for a son of the Rathbarry Stud sire bought by Harold Kirk for €46,000.

Kirk said of the half-brother to five winners from a fine Aga Khan family: “He looks like he has the potential to be a good dual-purpose horse; he could be a very nice hurdler and a good stayer on the Flat.

“Willie has enjoyed success with Shirocco in the past so hopefully he can be another good one by the sire for him.”

Part Two brought the Goffs Land Rover Sale to a successful conclusion, with 118 of 160 horses offered finding a buyer for a clearance rate of 74 per cent, up from 58 per cent in 2020.

Goffs group chief executive Henry Beeby reflected: “Today’s Part Two Sale took up the mantle and certainly delivered more of the same, with advances in all the vital statistics. Most noteworthy was the clearance rate, which grew by 16 points to a very respectable 74 per cent.

“Once again we extend our thanks to our vendors who provided the raw material, as well as every purchaser who engaged as they sought to find the next Land Rover star.”

A licence to print money or a monumental risk? Inside the breeze-up sales

FIRST PUBLISHED 7:22PM, JUN 10 2021
She’s for long-standing owners in Gordon’s yard who like to buy a couple of nice fillies every year, and she fits the bill