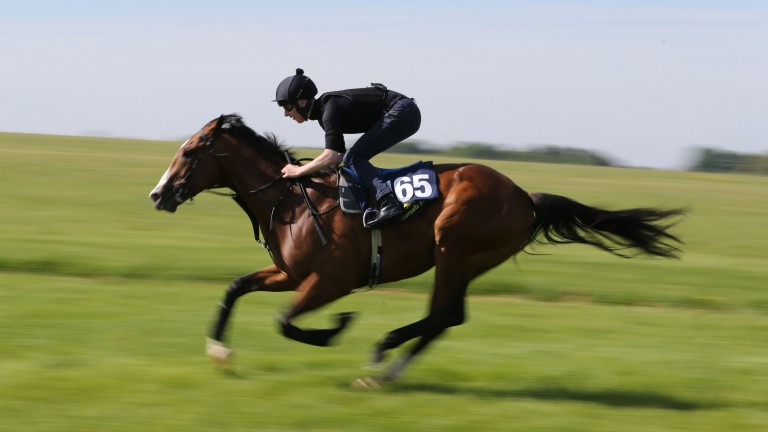 There has been a dramatic twist in the tale of the record-breaking top lot at the Tattersalls Ireland Goresbridge Breeze-Up Sale, with the six-figure youngster having been returned by the purchaser and subsequently bought privately by Alex Elliott on behalf of Kia Joorabchian's Amo Racing.

The colt, a son of Dark Angel and the Listed-placed Venturous Spirit, was pinhooked by Jerry Horan's Paragon Bloodstock for just €6,000 before being reoffered through Dolmen Bloodstock in Newmarket.

A hugely impressive breeze saw the youngster's value soar, and after a prolonged bidding duel it was Richard Brown of Blandford Bloodstock who went to an auction-record price of £410,000, leaving Elliott and Joorabchian to fill the role of underbidder.

The sensational pinhooking triumph was hailed as "life-changing stuff" by Dolmen's Justin Timmons shortly after the hammer had fallen.

However, when the transaction fell through, an outcome permitted under the Tattersalls Ireland conditions of sale, Elliott was approached by the vendor and a private agreement was reached at an undisclosed sum.

Elliott said: "We think he's a special colt and we tried to buy him for a lot of money in the ring, so when Kia heard the horse had been returned he was very keen to get him. 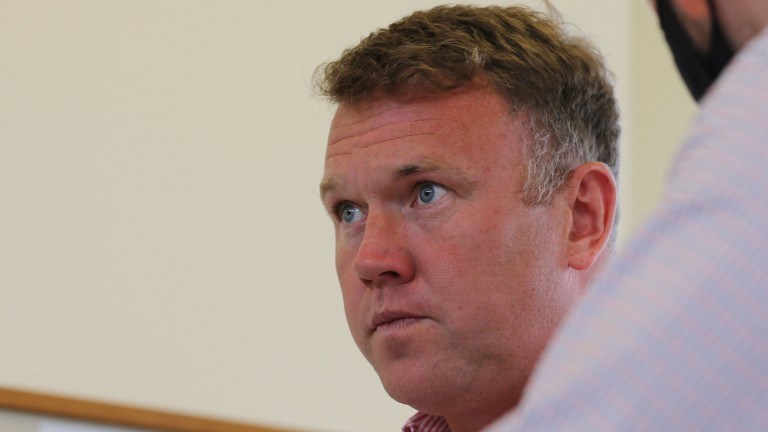 Alex Elliott: "The horse has gone to George Boughey and we're very excited to add him to the team"
Laura Green

"He's a Dark Angel out of a black-type mare who was rated over 100, he did a phenomenal breeze and I know Richard Brown was gutted that he couldn't go through with the sale. We were happy to pick up the pieces at a reduced rate and with a bit of luck we'll be rewarded."

Elliott added: "Kia's very supportive of young talent in the industry and he felt really bad for Kat [Irmer] and Jerry, who'd done a great job finding the horse but had been unlucky to be let down. The horse has gone to George Boughey and we're very excited to add him to the team."

The rise of Amo Racing has been one of the key themes of the 2021 season, with Joorabchian's purple silks carried to victory in 22 races at a 28 per cent strike-rate, a tally that puts him in fifth in the British owners' table.

Among those winners are Boughey-trained two-year-olds Beautiful Sunshine and Superior Force, both of whom could be on course to tackle juvenile contests at Royal Ascot.

A licence to print money or a monumental risk? Inside the breeze-up sales

FIRST PUBLISHED 2:20PM, JUN 10 2021
Kia's very supportive of young talent in the industry and he felt really bad for Kat and Jerry, who'd done a great job finding the horse